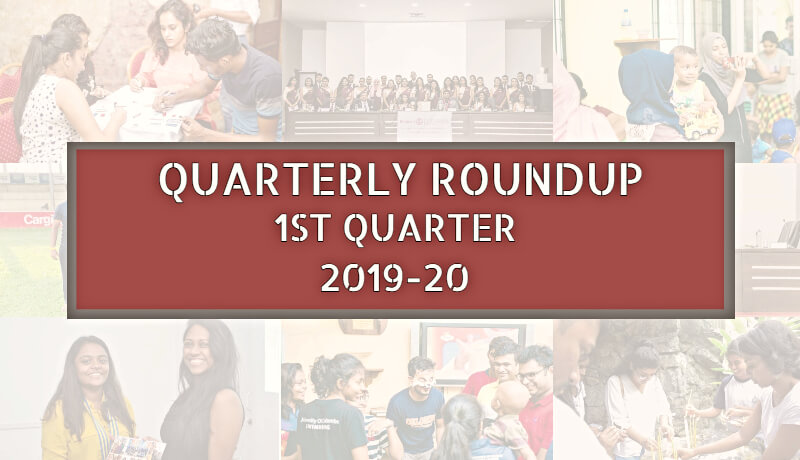 Posted at 13:20h in Round Ups, Uncategorized by rcuocfmfadmin 0 Comments

Here is a recap of how our First Quarter unfolded:

The blog of RACUOCFMF is a highly functional and important element of the club and throughout the 1st Quarter, we reached the following milestones in the blog.

This has been the 1st project in every Rotaract year of the Rotaract Club of University of Colombo Faculty of Management and Finance for the last 3 consecutive years. Club members visited a Kovil, a Church, a Mosque and a Temple to start off the year by receiving blessings from all 4 main religions within the country and it was accompanied by knowledge sharing sessions. Further, home-made packets of lunch were distributed to the deserving and needy souls fighting a daily battle of hunger. Through this project, the bonds among members were strengthened while the foundation for peace and harmony was set.

This was organized for the second time as a phase of Project “Mission Compassion” for the little fighters in the Children’s Wing of the Apeksha Cancer Hospital. The agenda for the day included a drawing session, a role play, a singing session and distribution of gift packs. Besides, some club members dressed up as different characters to cheer them up. A special Thank-you goes out to Shanudrie Priyasad for joining us in lighting up the lives of these beautiful little souls. We believe, we helped these children to dream big and to find the hero in them!

The Induction Program gave a brief introduction about RACUOCFMF to those who were willing to join the club. Potential members were also given a chance to introduce themselves and to get to know each other. The Orientation Program was organized in order to welcome the newly joined members of the club who were firstly familiarized with the formalities and procedures of Rotaract. Thereafter all members were divided into groups and were given the opportunity to bond with the rest of the members and to improve fellowship through games and fun activities.

One of the most anticipated events in the Club’s Calendar in which the primary objective was to officially install Rtr. Shehani Leo as the President, Rtr. Piyumi Abeywardhana as the Secretary and the new Board of Directors for the year 2019/20. Past Board Members and Club Members present were appreciated for their continuous hard work and commitment to bring the club to great heights.

This project was carried out in collaboration with the Rotaract Club of Dr. Y. Patil Vidya Pratishthan of the Rotary International District 3131 in India. This year the project took a twist by having mini projects under all avenues. Club Service – Game On!, International Service – Naach to the Groove, Community Service – “Kruthaguna” and Professional Development – Be the Creator. Further, a cultural exchange happened by means of a video explaining our traditions and “Taste of India” was carried out where club members took up the fun challenge of preparing an Indian dish.

The project was done jointly with District 3291 from South Bengal & Andaman Islands. The host clubs included RACUOCFMF and the Rotaract Clubs of Colombo West, APIIT, ACBT, Colombo Mid Town, Wattala and Kelaniya. The session was conducted by Mr. Zafar a speaker from National STD and AIDS control program and it was about 'Good touch and bad touch, coupled with Self Defense'.

This was a project organized by LG Abans in collaboration with Rotaract Clubs of University of Colombo Faculty of Management and Finance, Colombo West, University of Moratuwa, Interact District 3220, Wisdom Student Council, APIIT Student Council, AIESEC Sri Lanka, Clean Tech, Department of Wildlife Conservation, The Wildlife and Nature Protection Society and the Institute of Chartered Accountants of Sri Lanka. On this day, 300 fruit-bearing trees were planted in favour of threatened and native species with the aim of restoring the ecological value of the Bellanwila-Attidiya Sanctuary.

WE LOVE THE SEA

RACUOCFMF, alongside the Rotaract Clubs of Colombo Mid Town, Colombo West, Achievers Lanka Business School, ACBT and SLIIT took forth a step in volunteering  for a Global Project "We Love the Sea" as part of the Global Ocean Clean-up Day. Two beach clean ups were held, one at Casuarina Beach –Jaffna and the other one at the Wellawatte Beach. 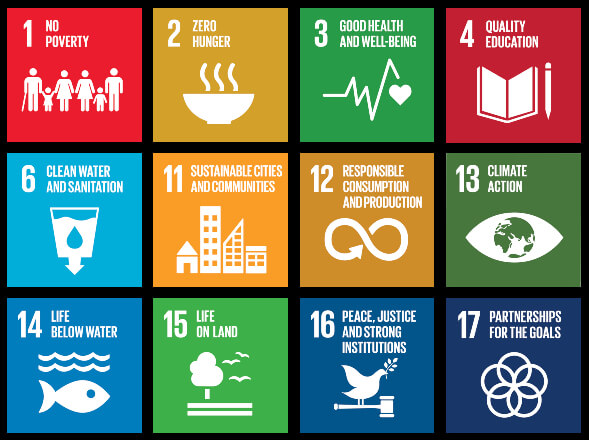 The following Rotary Focus Areas were covered throughout the 1st Quarter via the projects completed by RACUOCFMF.

The following is a summary of the milestones we achieved as a Club throughout the Quarter.

The following are the District Events in which RACUOCFMF took part in, during the Quarter.

The following are the events RACUOCFMF participated in, which were organized by other clubs during the Quarter.

We are looking forward to another amazing Quarter!