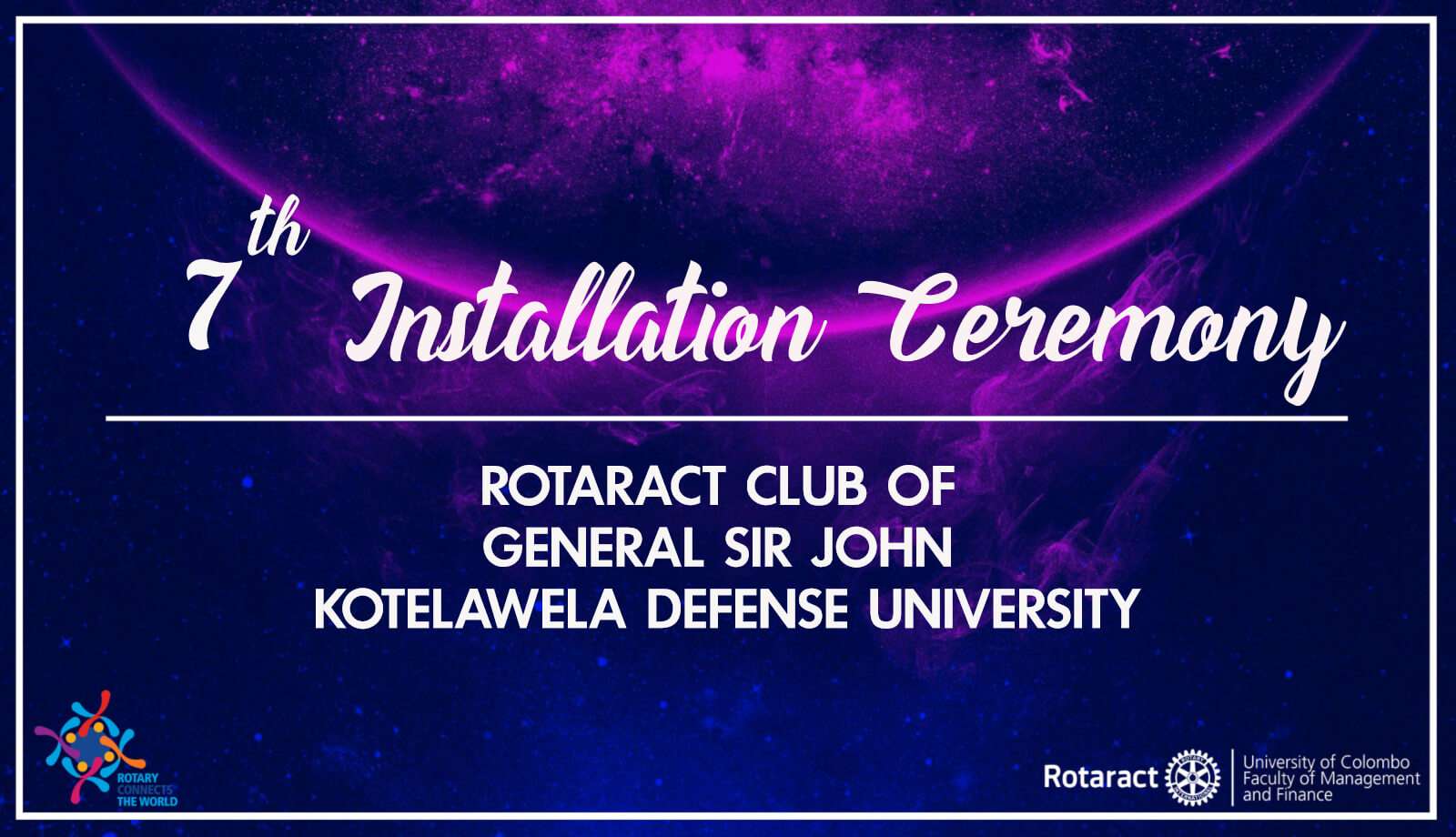 Posted at 17:09h in Installations, Others, Uncategorized by rcuocfmfadmin 0 Comments

The 7th Installation Ceremony of the General Sir John Kotelawala Defence University was held on the 6th of September 2019, at the KDU Main Auditorium in Rathmalana. Rtr. Sachinthani Abeysinghe, Rtr. Anuni De Alwis, Rtr. Harindi Dias, Rtr. Samiddhi Wanigasekara, Rtr. Yasindu Mendis and Rtr. Thakshana Jayarathna were present at the ceremony on behalf of RACUOCFMF to rejoice this new leadership. 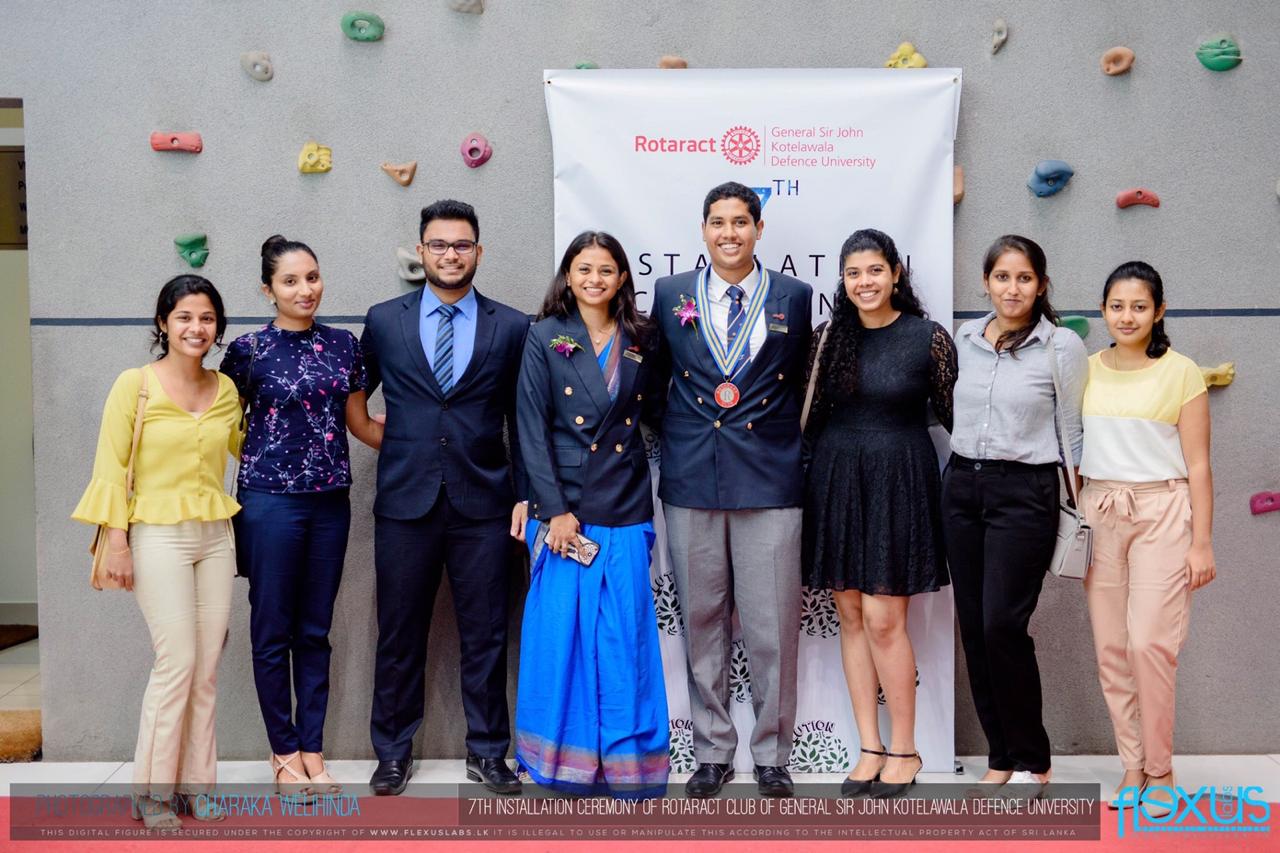 With the arrival of the dignitaries of the event, which included the Chief Guest for the day, the Vice Chancellor of KDU – Air Vice Marshal, H.M.S.K.B Kotakadeniya, the Guest of Honor – Rtn. Sarav Soundararajan, Rtr. Sohan Perera and the District Rotaract Representative – Rtr. PP Krishan Balaji, the event commenced. Before they took their respective places at the head table, they were invited to the lightning of the traditional oil lamp. Then, the Sergeant-at-Arms called the house to order followed by the National Anthem, Rotaract Invocation, Flag Salutation, Four Way Test and the Rotaract Song.

The event then continued as the Vice President 2019/20 - Rtr. Manilka Kurukulasuriya warmly welcomed the gathering while signifying their theme for the year 2019/20 – “Community over Competition.” Next, the Outgoing Secretary Rtr. Devmin Abeyasena delivered the Secretary’s Report for the year 2018/19 to the audience. A short video clip was played afterwards, revealing 27 projects they carried out during the past year, which included “Sisu Saviya” and “Burn”.

This was followed by the Outgoing President Rtr. Harith Samarasinghe addressing the gathering. Quite cheerfully, yet emotionally he extended his sincere gratitude to the Outgoing Board for their immense contribution and recognized the individual contribution of each and every member and all those outsiders who had guided him during his journey of Presidency, followed by the distribution of tokens of appreciation for some significant contributors.

The next event on the agenda for the day was the introduction of the President for the year 2019/20, Rtr. Rishitha Vedasinghe, and this moment was made special as he was introduced by Rtr. Kisal Amarasinghe with his entertaining speech.

Then, the newly appointed President addressed the gathering, where he quoted Neil Armstrong who once said, “That is a one small step for a man, one giant leap for mankind”. During his speech he launched their new Environmental Service project, project ‘Ecolution’, which took place during the ceremony, where all guests were given self-watering pots made of used plastic bottles. The theme of this precious project was ‘solution over pollution’. In conclusion, he introduced his Board of Directors for the year 2019/20.

The Executive Committee and Board of Directors for 2019/20 is as follows:

Thereafter the gathering was treated with an entertaining musical item performed by a few club members. Afterwards, the Outgoing President and his Board was appreciated and warm wishes were extended to the Incoming President and his Board by following dignitaries; District Rotaract Representative Rtr. PP Krishan Balaji, Rtn. Sarav Soundararajan, Rtr. Sohan Perera and the Vice Chancellor of KDU – Air Vice Marshal H.M.S.K.B Kotakadeniya.

The newly appointed Board was advised and delightfully wished by them on how to move forward while doing better in future. Then the Tokens of Appreciation were distributed to the distinguished guests for the evening and thereafter the floor was opened for felicitations where Rotaractors of all clubs who participated on that day congratulated the Outgoing Board on a tremendous job done and added well wishes to the Incoming Board for the upcoming year. 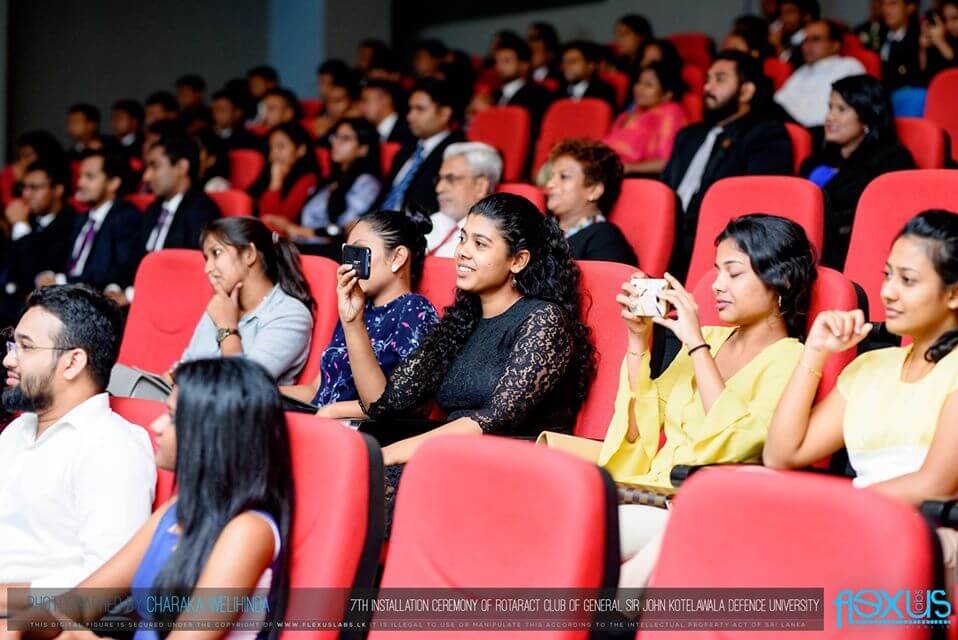 An "enthusiastic" audience from RACUOCFMF at the Installation

This memorable evening came to the end with the Vote of Thanks delivered by the Secretary for the year 2019/20 – Rtr. Thishakya Kotuwegedara. In conclusion, the house was called to order for refreshments and fellowship. 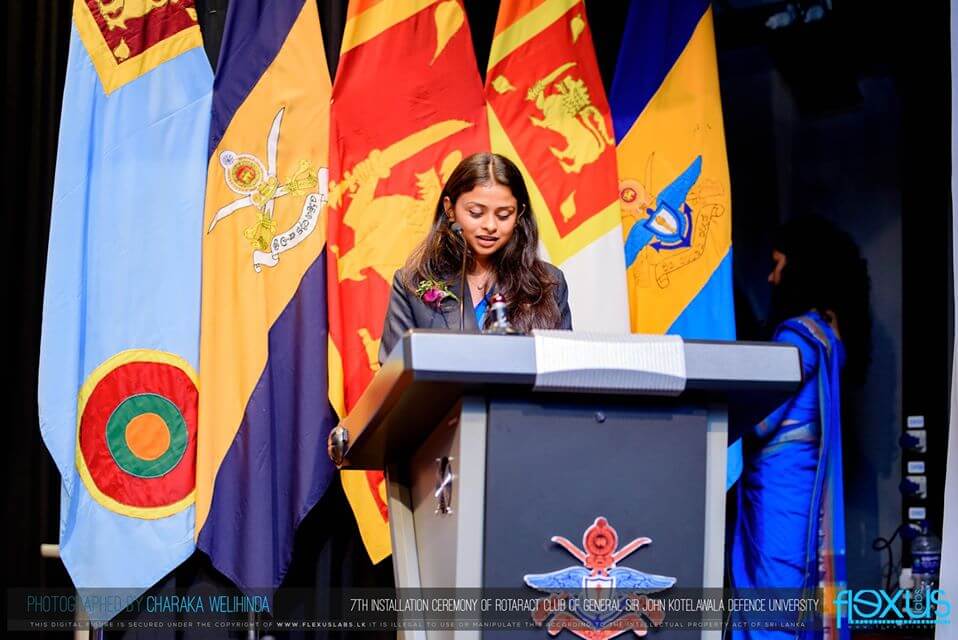 It was indeed a great pleasure for the Rotaract Club of University of Colombo, Faculty of Management and Finance (RACUOCFMF) to be part of this memorable occasion and would like to extend our warm wishes to Rtr. Rishitha Vedasinghe and his Board of Directors for yet another outstanding year ahead! 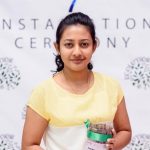