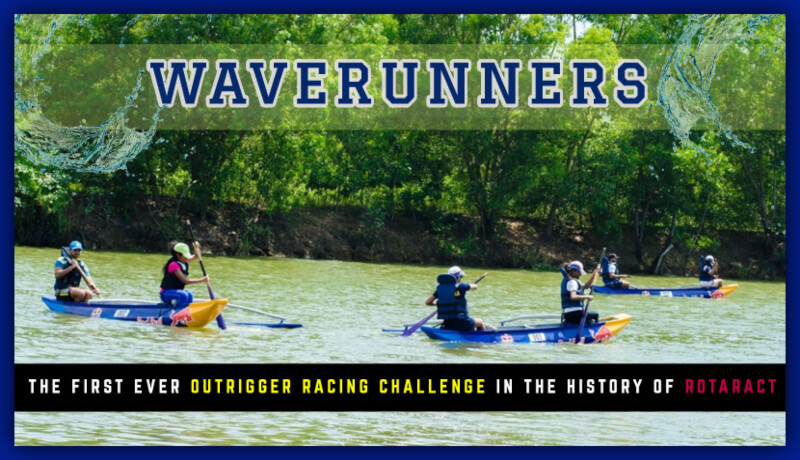 On Sunday, the 13th of October 2019, Wave Runners brought a novel experience for both Rotaractors and Non Rotaractors who had never set foot on an Outrigger before.

For most participants, it was an once-in-a-lifetime opportunity that went right into their memory book. 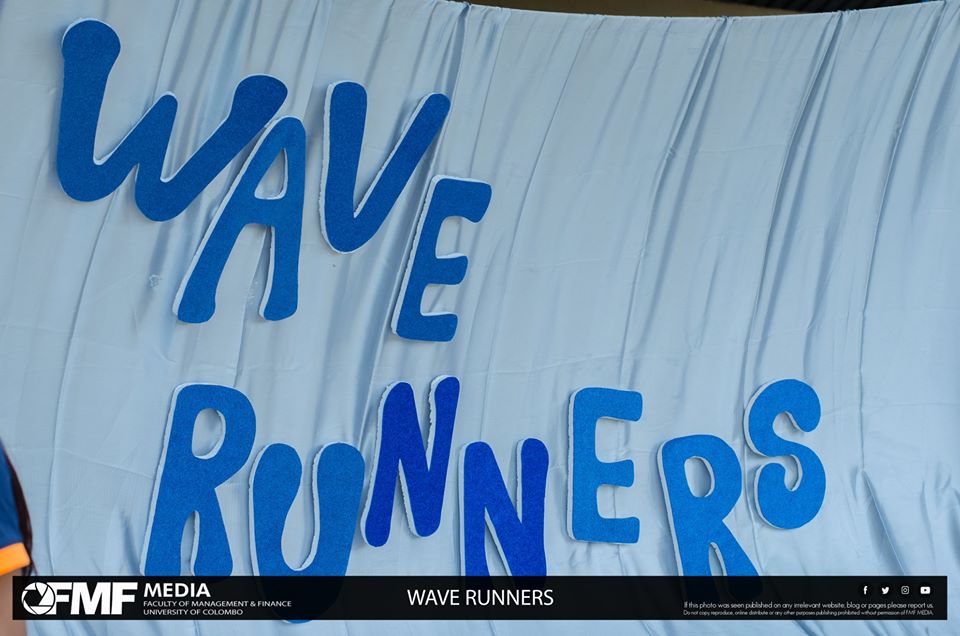 For Maze Runner fans, the event name would have rung more than a distant bell. But the name spoke for itself, promising an evening filled with energy, excitement, adventure, and fun. 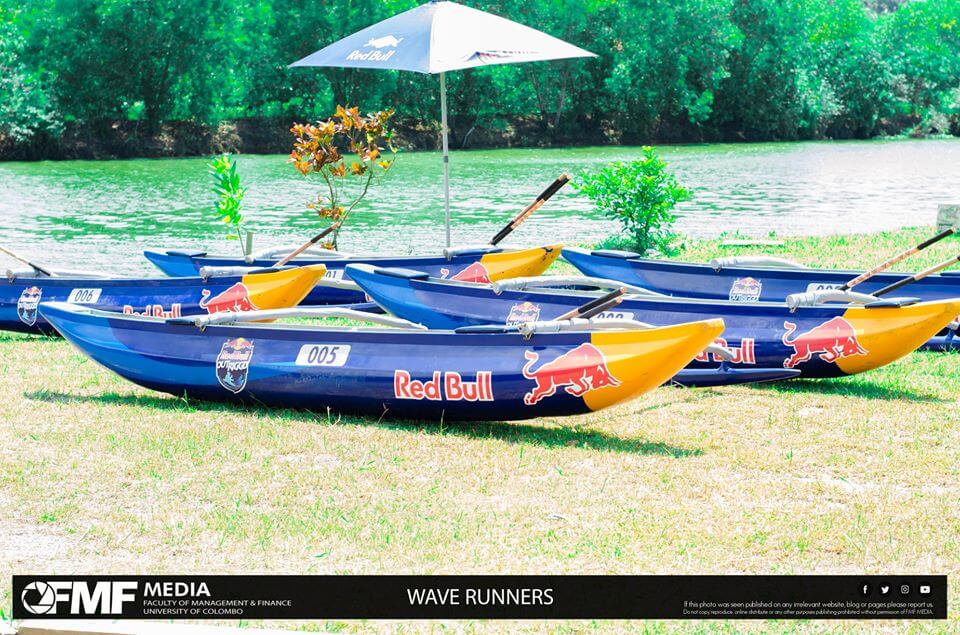 After much anticipation, the day of the event dawned with 21 duos of both Rotaractors and Non-Rotaractors turning up to compete at the Diyawannawa Rowing Centre. Given the number of teams, experience levels of participants, and expected monsoons in the evening, the distance was cut down from 300m to 100m. 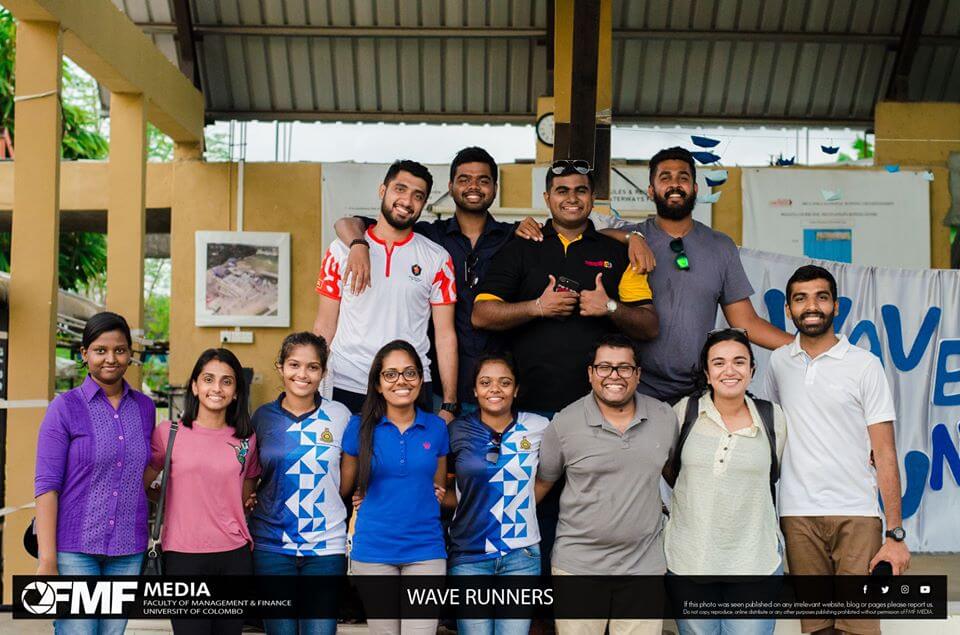 Faces you're bound to see
at every Rotaract event!

But both experienced and novice players had one thing in common: a broad smile. Everyone was in high spirits and the atmosphere turned electric as the DJ started playing in the background. Red Bull Sri Lanka - Our Main Sponsor, had energy drinks lined up for anyone looking for a quick energy fix. Food and Beverages were handled by Keells Krest - Our Food and Beverage Partner. The Rotaract Club of the Faculty of Arts too had a refreshments stall to truly “Beat the Heat” with Iced Coffee that tasted great!

By late afternoon, a large crowd had gathered to watch and cheer for the teams. They were in full swing as the Outriggers were lined up in their respective lanes and took off against the currents of the water. When inexperience caught up with novice players, our safety boats escorted them back to the land. The others surprised even themselves with their skills in handling the Outriggers for the first time! 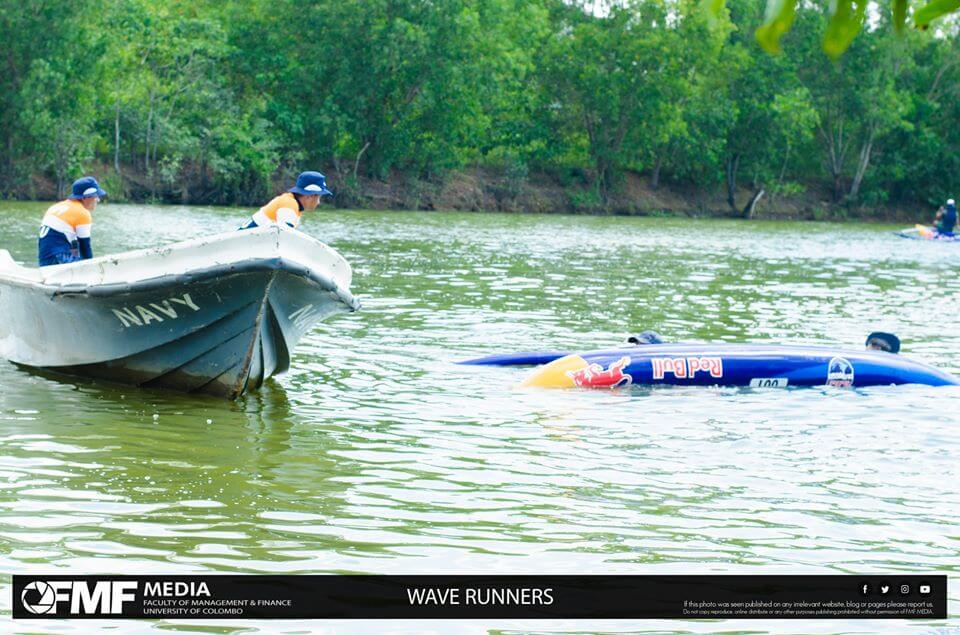 Proof for the fact that WAVE RUNNERS was one daring adventure!

All rounds were completed by 5.30 in the evening. Team "We ain't gonna sink" from RACUOCFMF certainly took this literally as they kept rowing in circles from the starting point to the end. It was pure entertainment to witness this duo have their first taste in rowing! (It definitely was a highlight of the event!) 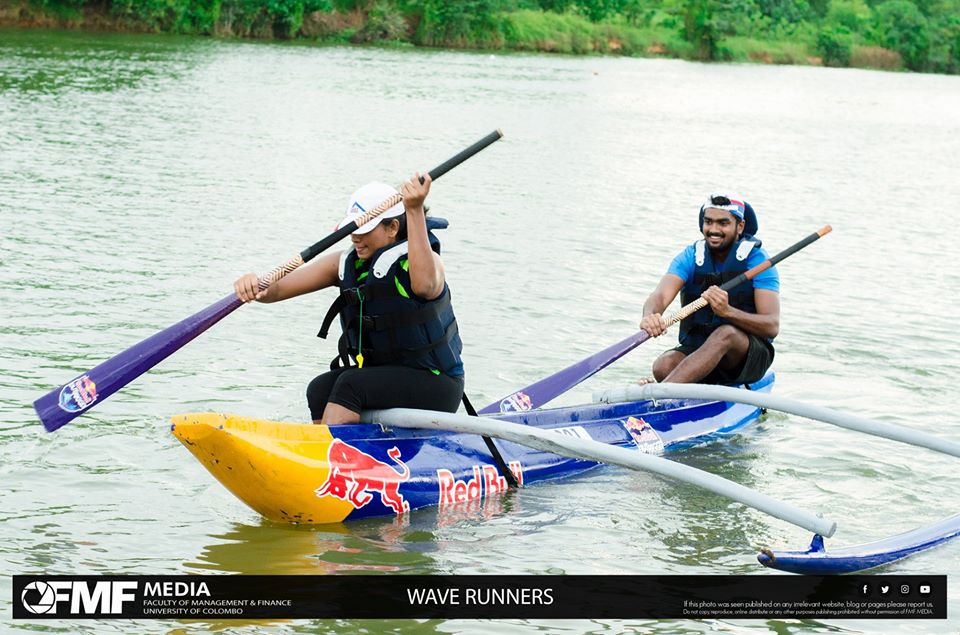 What we felt like to witness
Team "We ain't gonna Sink"
spin it to victory!

Team BLRC from the Sri Lankan Army emerged as the Champions of the Men’s Doubles Category. They walked away with a free one night stay for two at the Jetwing Blue Hotel – Our Co-Hospitality Partner. Rtr. Asel Karannagoda and Rtr. Theshan Fernando from the Rotaract Club of Colombo East emerged as 1st Runners Up while Rtr. Abdul Khaliq Moulana from the Rotaract Club of Colombo Mid Town and Rtr. Ovin Bimsara from RACUOCFMF managed to become the 2nd Runners Up despite being first timers!

The Championship of the Mixed Doubles Category was snatched away by Rtr. Asel Karannagoda and Rtr. Suleka Karannagoda of Team Code Black from the Rotaract Club of Colombo East and this was accompanied with a free dinner for two at Onreech Hotels – Our Co-Hospitality Partner along with gifts from Yardley and Enchanteur. Rtr. Ranmalee Nanayakkara and Rtr. Samitha Wijethilake secured the title of 1st Runners-Up while Rtr. Mayukha Abeyratne and Rtr. Oshani Singapulirarachchi became the 2nd Runners Up!

All Runners Up Teams and participants were awarded certificates of participation in appreciation of their presence for WAVE RUNNERS wouldn't have been a success if not for participation of all teams!

It was a Daring Adventure, a Blazing Competition and an Unrivaled Experience all in one and all in the water!

All in all, Wave Runners ended on a high note by reaching heights Rotaract had dared to reach before. 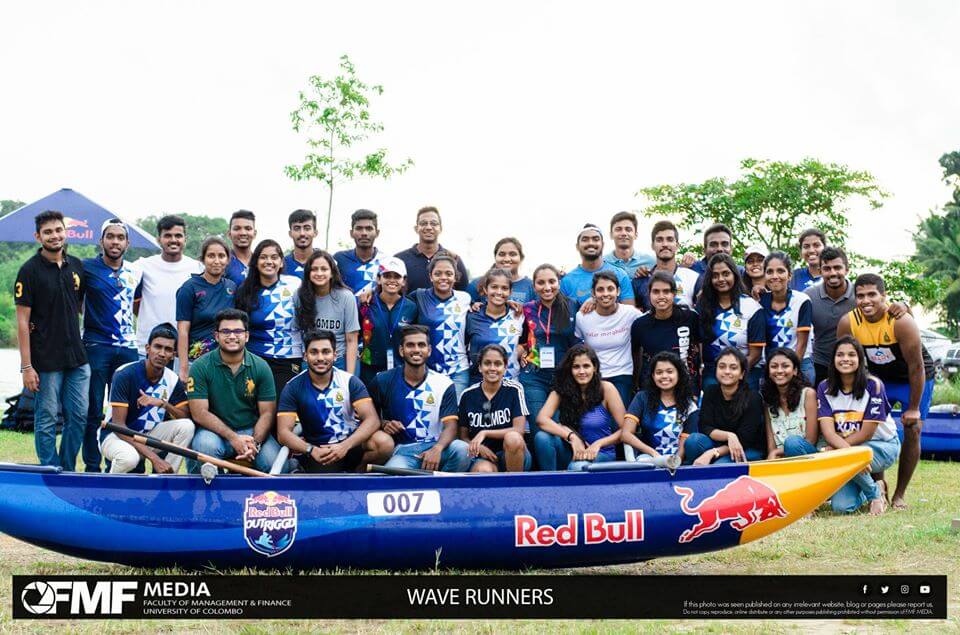