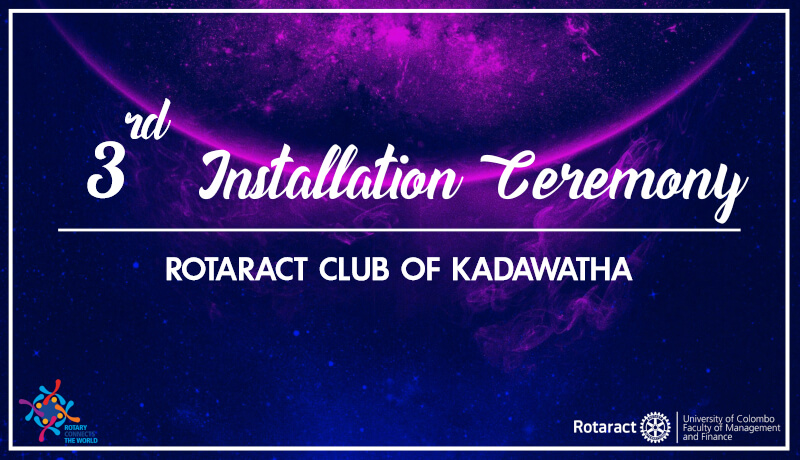 28 Dec 03rd Installation Ceremony of the Rotaract Club of Kadawatha

Posted at 18:19h in Installations, Others, Uncategorized by rcuocfmfadmin 0 Comments 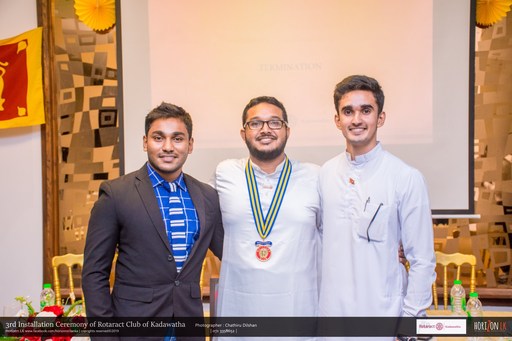 To commence the ceremony, the dignitaries of the evening were invited to the lighting of the traditional oil lamp. Then, the Sergeant-at-Arms, Rtr. Charith Jayasinghe called the house to order which was followed by the National Anthem, Rotaract Invocation, Flag Salutation, Four Way Test and the Rotaract Song.

Next, the welcome address was delivered by Rtr. Uvini Gamage. Secretary’s Report for the year 2018/19 was delivered by the Outgoing Secretary Rtr. Miyuki Anthony, followed by a short video of highlights of the year. Afterwards, the Outgoing President, Rtr. Deelaka Wijesekara addressed gathering and expressed how he overcame various obstacles that occurred during the year, with the support of his Board Members. He thanked everyone who support them. He then presented tokens of appreciation to a few significant names of the club and his mother.

Afterwards, the gathering was addressed by the District Rotaract Representative Rtr. PP Krishan Balaji, DRCC, Rtn. P. Jegadeeshan and the Chief Guest, President of the Rotary Club of Wattala Rtn. Raj. The tokens of appreciation were given to the dignitaries by the Incoming President Rtr. Pramila Silva.

This memorable evening came to an end with the stage being opened for felicitations and the Vote of Thanks presented by Rtr. Miyuki Anthony. The guests were then treated with delicious Sri Lankan Cuisine, which included Milk Rice traditional sweets such as kokis, halapa and laveri

It was indeed a great pleasure for the Rotaract Club of University of Colombo, Faculty of Management and Finance (RACUOCFMF) to be part of this memorable occasion. We would like to extend our warm wishes to Rtr. Pramila Silva and his Board of Directors for an amazing year ahead!