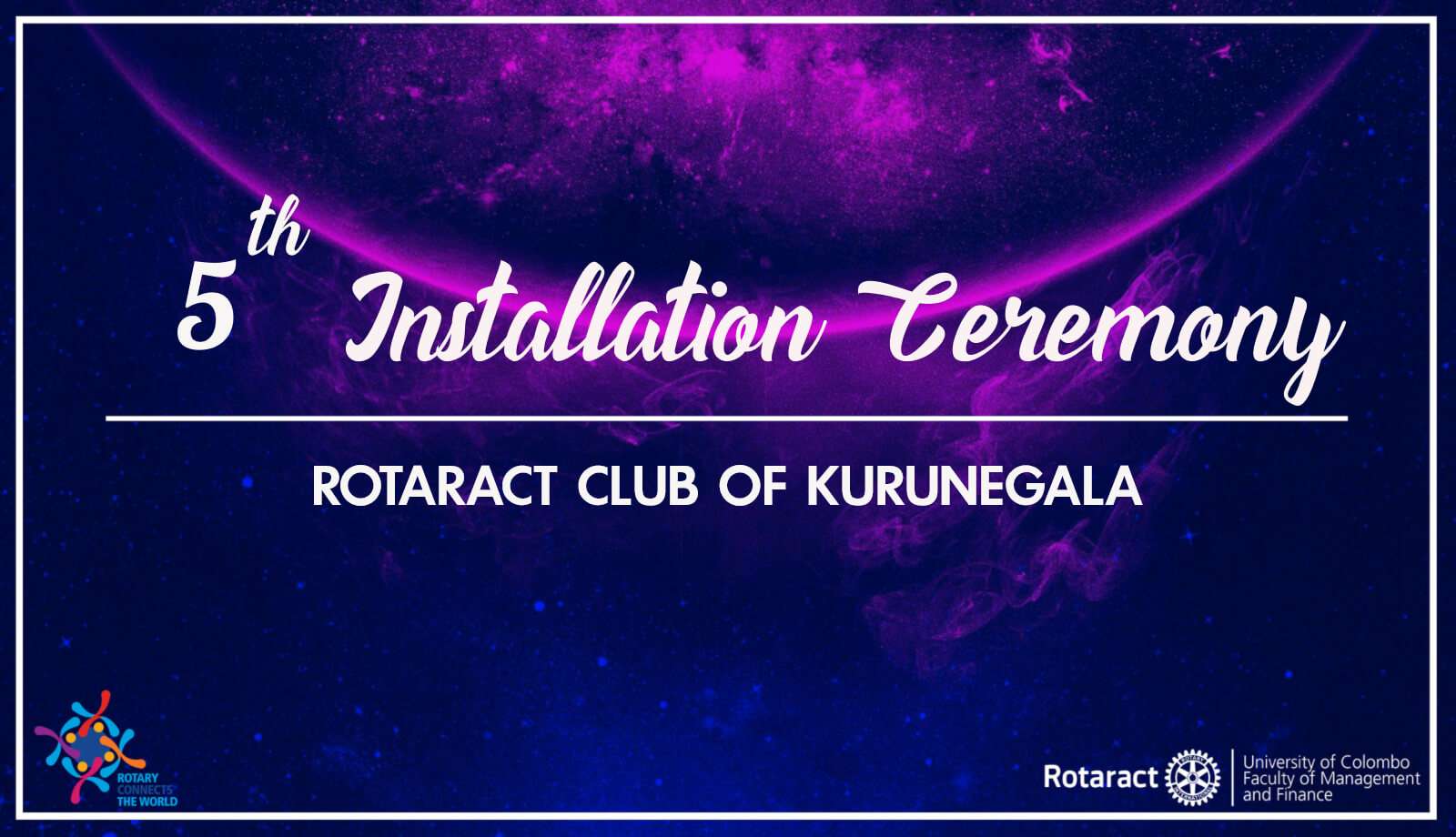 01 Dec 5th Installation Ceremony of the Rotaract Club of Kurunegala

Posted at 16:23h in Installations, Others, Uncategorized by rcuocfmfadmin 0 Comments

At 11.30 in the morning registrations started for the Rotaractors of all Rotaract Clubs who came for the 5th Installation Ceremony of the Rotaract Club of Kurunegala, on 18th of August 2019, at the Blue Sky Hotel, Kurunegala. Rtr. Shehani Leo, Rtr. Piyumi Abeywardhana, Rtr. Dewmini Liyanage and Rtr. Navodya Aththanagoda attended the ceremony on behalf of RACUOCFMF. 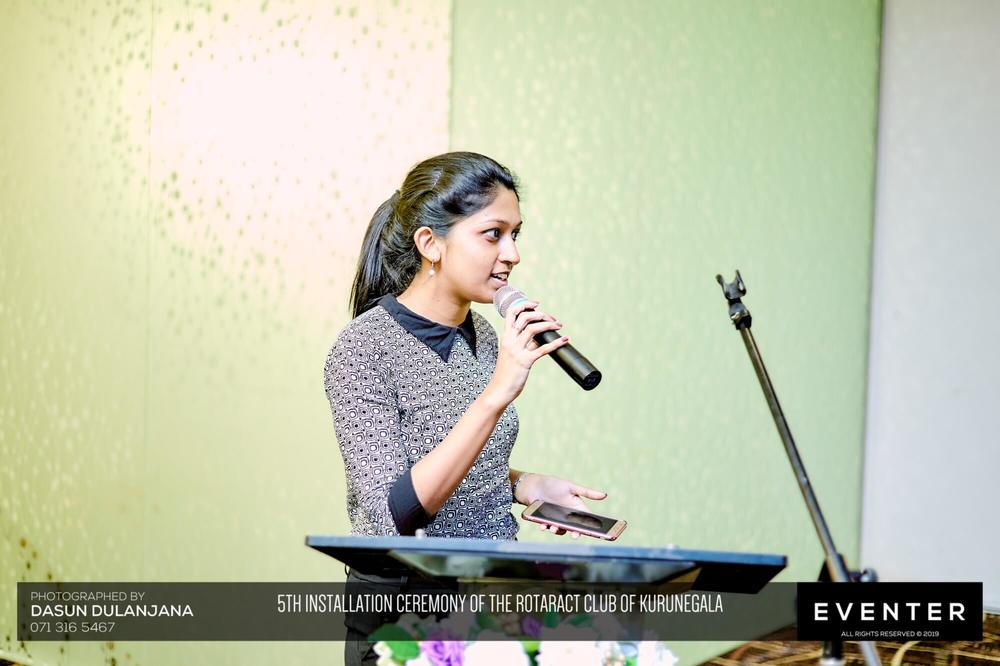 RACUOCFMF  felicitating the Incoming Board

The relevant dignitaries were requested to take their seats at the head table. After the National Anthem, the house was called to order by the Sargent-at-Arms, followed by the Flag Salutation, Rotaract Invocation, Four- Way test and the Rotaract Song.

After the warm welcome by Rtr. Naveen Jayamanne, Outgoing Secretary Rtr. Vishwa Gopallawa delivered the Secretary’s Report for the year 2018/19, followed by a video clip which exhibited about projects done, and revealed the success of their Rotaract journey during the past year. A special video was then displayed, which was created for the Outgoing President Rtr. Damion Weerakoon

Then the stage was opened to the newly appointed President Rtr. Dhanushka Wickramasinghe to address the gathering, where he thanked his parents and each and every individual who supported him in his journey in Rotaract. Finally he introduced his Board of Directors for the year 2019/20.

The newly appointed Board of Directors for the year 2019/20 is as follows:

The District Rotaract Representative Rtr. PP. Krishan Balaji addressed the gathering and gave his wishes to the Outgoing President and his Board of Directors, as well as to the incoming president and his board.

After that audience was address by the Regional Youth Coordinator Uva Sabaragamuwa Province Rtn. PHF PP Krishantha Pussegoda. Then there was an entertainment item by Rtr. Yasiru Navodya & Rtr. Domini Rathnayake.

Rtr. Pavithra Thilakarathne introduced the Guest of honor for the event, Rtn. PHF Parakrama Embogama, who then addressed the gathering. Rtr. Irudini Weerakoon introduced the Chief Guest Rtn. Sharaka Herath, President of the Rotary Club of Kurunegala, followed by his speech.

Then, the Incoming President Rtr. Dhanushka Wickramasinghe gave tokens of appreciations to the dignitaries who made the time and effort to be present that day.

The stage was then opened for the felicitations, followed by the Incoming Secretary Rtr. Tharindu Kahandawa Arachchi giving the Vote of Thanks. A delicious lunch was given to all the participants post termination of the Installation Ceremony.

The Rotaract Club of University of Colombo, faculty of Management and Finance (RACUOCFMF) would like to extend warm wishes to Rtr. Dhanushka Wickramsinghe and his Board of Directors for their appointment and wishes for a successful year ahead!