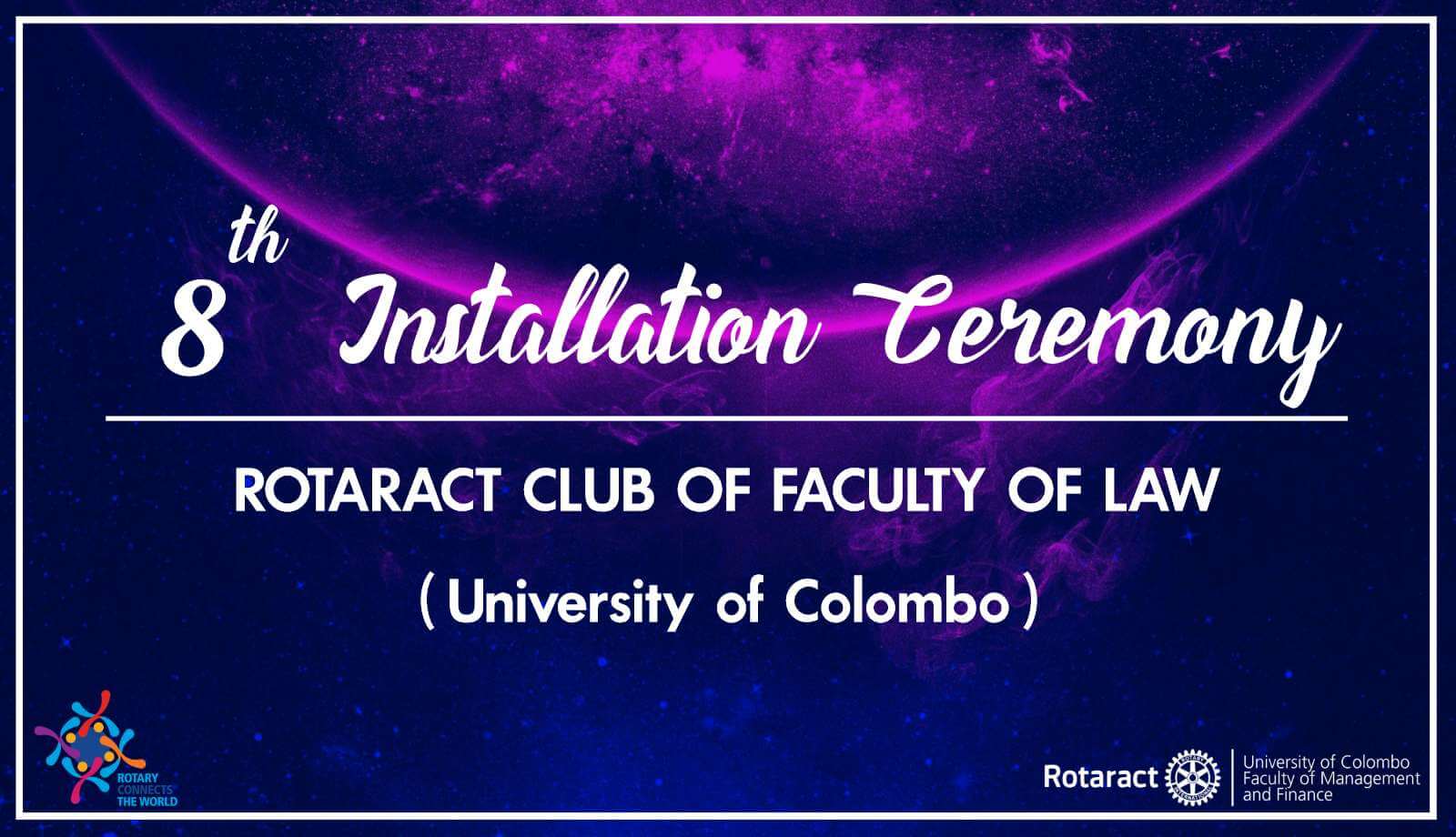 11 Dec 8th Installation Ceremony of the Rotaract Club of Faculty of Law, University of Colombo

Posted at 03:08h in Installations, Others, Uncategorized by rcuocfmfadmin 0 Comments 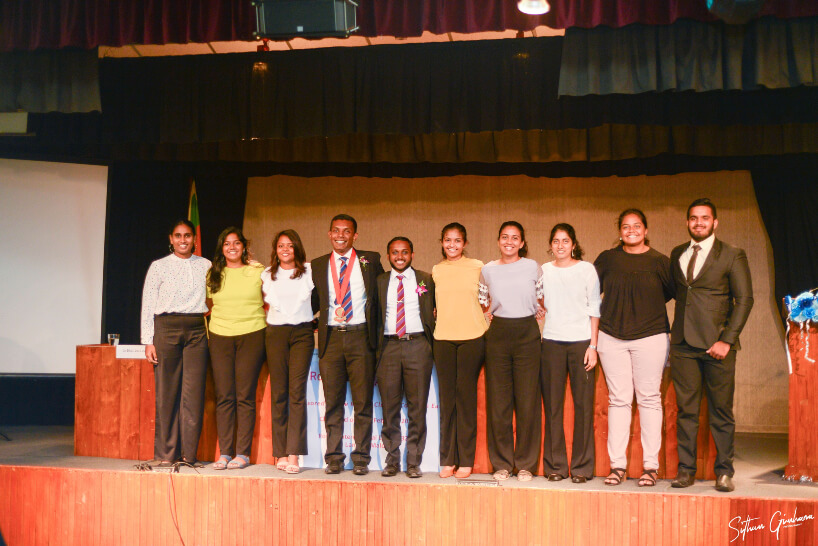 To commence the Installation proceedings the traditional oil lamp was brightened by all the dignitaries including the Chief Guest – The President of the Rotary Club of Colombo East Rtn. PHF. Radha Radhakrishnan. After the house was called to order by the Sergeant-at-Arms, all rose for the national anthem which was followed by the conventional formalities; the Flag Salutation, Rotaract Invocation, Four Way Test and the Rotaract Song.

The gathering was welcomed by the Co-Chairperson of the Installation Ceremony - Rtr. Lakshitha Edirisinghe and this was followed by the presentation of the Secretary’s Report for the year 2018/19 by Rtr. Sathya Gunawardhana. It was revealed that, in line with the theme for the year 2018/19 "Innovate, Serve and Empower" the club had successfully initiated and executed 40 projects across all avenues during the year. 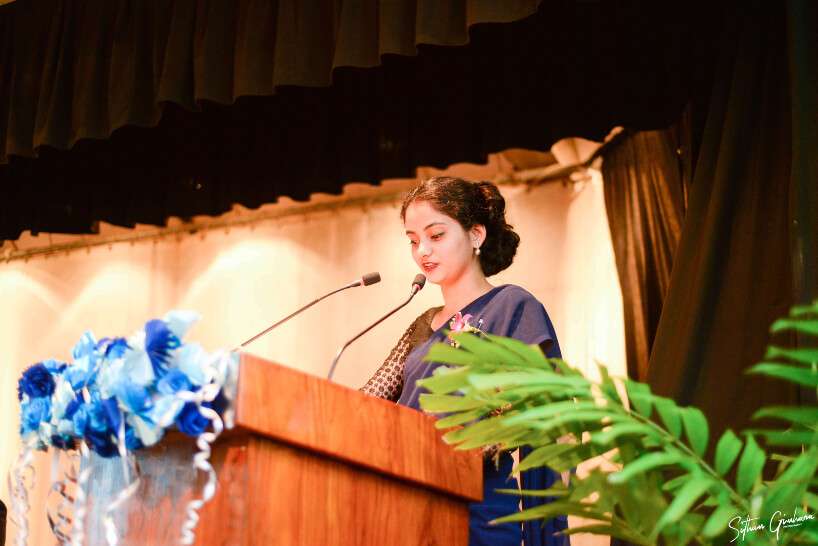 Afterwards, the Outgoing President Rtr. Sajini Wickramasinghe addressed the gathering and emphasized on how they “escaped the boundaries and moved mountains together on this journey they embarked upon as a team.” She extended her heartfelt gratitude to all individuals who had supported her during the journey of her presidency.

The next event on the agenda for the day was the introduction of the President for the year 2019/20, Rtr. Kavinda Bandara which was done by Rtr. Mindula Bulumulla and was definitely the highlight of the ceremony more than the collaring of him.

According to her, Rtr. Kavinda Bandara is one funny mix of the following; “An absolute Musalaya with a constant grey cloud lingering over his head, a proud Kandy Boy (Not exactly), a “Cheethththaya” (Known to be a King of Gossip!), a person who considered Doughnuts to be Ulundu Wadey topped with cream, a person who considered Pizza to be Coconut Rotti topped with vegetables, an entertaining, sarcastic, helpful, and cute person who believes that he’s protected from all the bad things in his life owing to his raththaran yaluwo”. Needless to say, the audience was left in fits of laughter.

Then, the “One and only cute” Rtr. Kavinda was gracefully collared as the President for the year 2019/20 by the Outgoing President Rtr. IPP. Sajini Wickramasinghe and this was followed by his speech in which he stated their future plans in brief. In conclusion, he gladly introduced the Board of Members for the year of 2019/20. (Once again, the personal introductions to each individual were epic.)

Next, the District Rotaract Representative Rtr. PP. Krishan Balaji addressed the gathering and he started off by explaining how special this club was to him, it being his first Guide Club, back when Rtr. PP. Nethmini Medawela who’s one of his Assistant District Rotaract Representatives, was the President of the club back then. Further he did not forget to mention the names of the past club members who became part of this year’s District; Rtr. Gayathri Karannagoda (District Club Service Director), Rtr. Shelani Palihawadana (District Community Service Director), and Rtr. IPP. Sajini Wickramasinghe (District Public Relations Director). After praising the club’s journey in the past year lead by Rtr. Sajini, he told us all to keep believing in the good we do and that great things will surely follow afterwards.

He touched upon the theme and advised to keep dreaming, keep believing so that we would be able to create. Making a reference to the previously mentioned grey cloud over Rtr. Kavinda’s head, he wished for Rotaract to become that cloud’s silver lining. In conclusion, by making yet another clever reference to the “Ulundu Wadey”, he said if you keep dreaming about an Ulundu wadey and believe it to be something tastier than it is actually, it will eventually happen just like how Rotaract changes something from what it is in to something it is not.  Thus, that always makes us more powerful than we believe ourselves to be!

Afterwards, Co-District Rotaract Committee Chairperson – Rtn. Sohan Perera addressed the gathering where he started off by stating that it was the funniest Installation Ceremony he had attended so far. He went on to quote Mayo Angelou’s words, “People will forget what you said, people will forget what you did, but people will never forget how you made them feel” and mentioned that Rotaract is one of the prestigious humanitarian organizations in the world.

The “Ulundu Wadey” conveniently made its way in to his speech too as he connected it with the club’s theme – “Dream. Believe. Create, so someday that Ulundu Wadey will become a doughnut.” Rtn. Sohan Perera hilariously ended his speech by wishing “Cheeththa” Kavinda and his Board of Directors, the best of luck! Then, the Chief Guest for the Ceremony - Rtn. Raadha Raadhakrishnan, shared a few words of invaluable advice in his address to the gathering.

Following the distribution of Tokens of Appreciations to the most distinguished guests of the occasion, the stage was opened for felicitations and the Installation Ceremony concluded with the Vote of Thanks being delivered by Rtr. Pulasthi Edirisinghe - The Secretary for the year 2019/20 and the house being called to order for refreshments and fellowship. 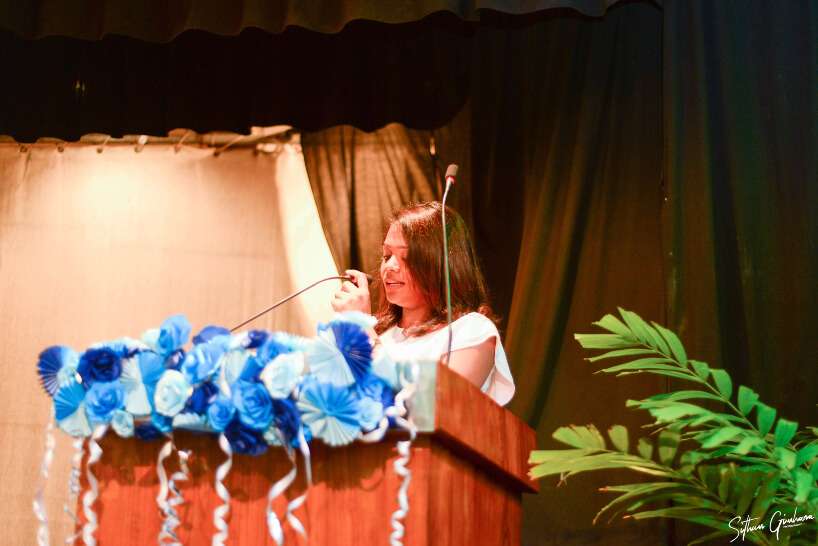 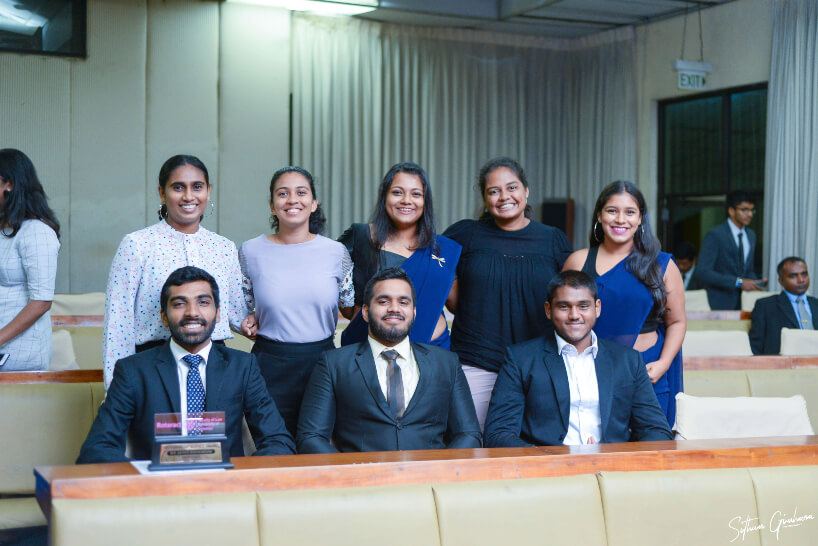 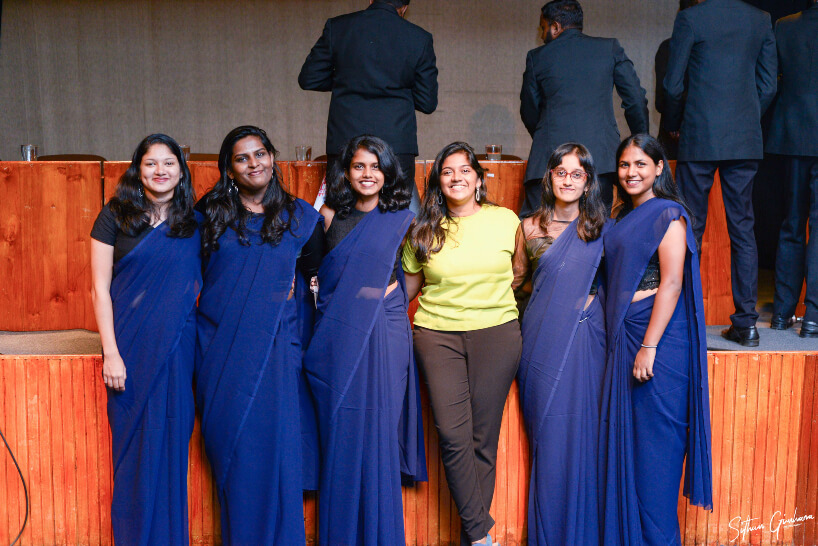 It was indeed a pleasure for the Rotaract Club of University of Colombo, Faculty of Management & Finance (RACUOCFMF) to be part of this occasion and would like to extend its warm wishes to Rtr. Kavinda Bandara and his Board of Directors for a wonderful year ahead!

Just like how some people see Doughnuts as Ulundu Wadey topped with cream, may you get to see the world differently by dreaming, believing, creating and thus eventually changing the world for better!