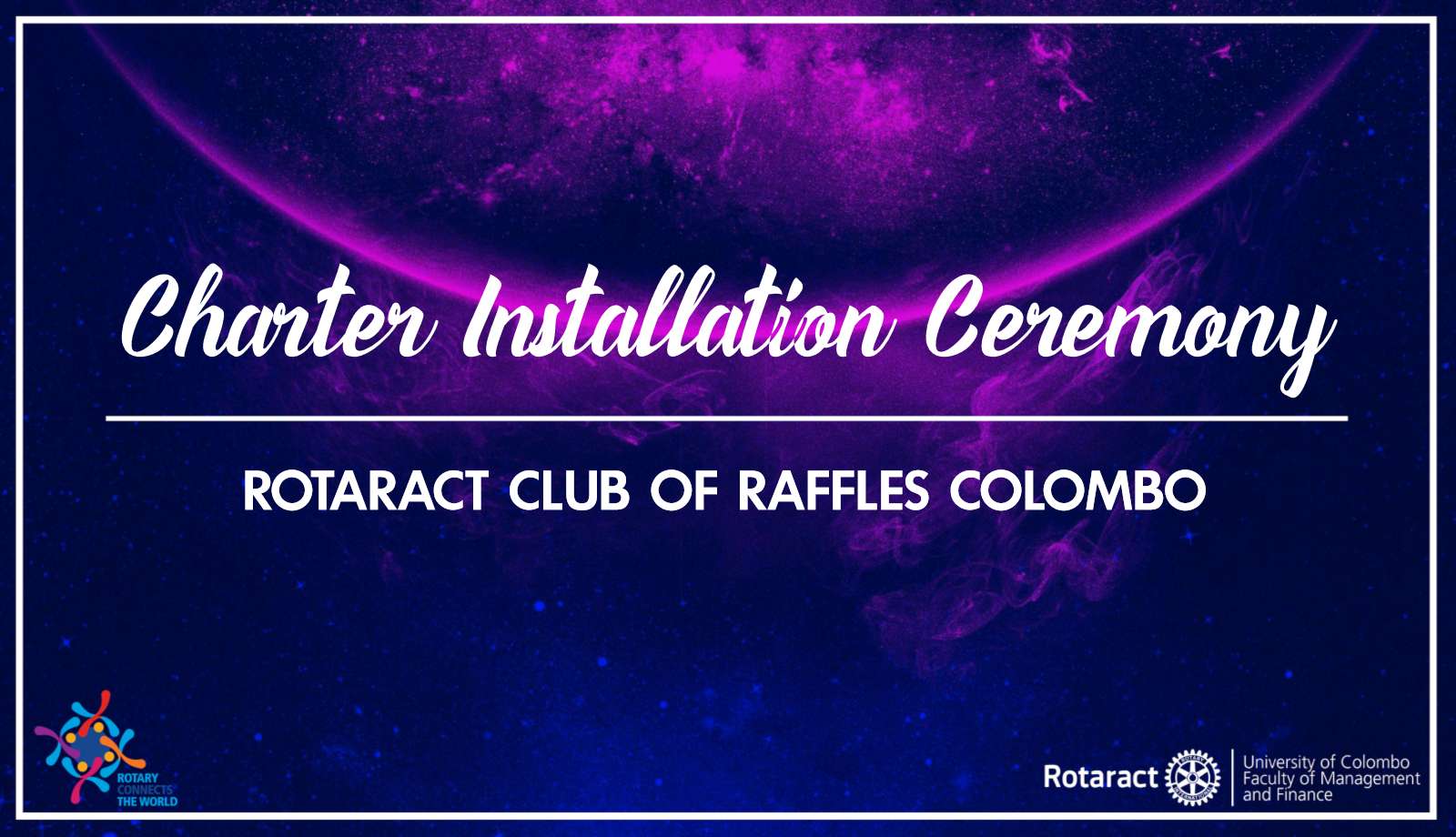 Posted at 19:30h in Installations, Others, Uncategorized by rcuocfmfadmin 0 Comments

The Charter Installation Ceremony of the Rotaract Club of Raffles Colombo was held on 29th of September 2019, at the Mahinda Silva Auditorium. Rtr. Gayan Perera and Rtr. Ovin Bimsara from RACUOCFMF joined hands with them to share their happiness and joy on their very first Installation Ceremony. 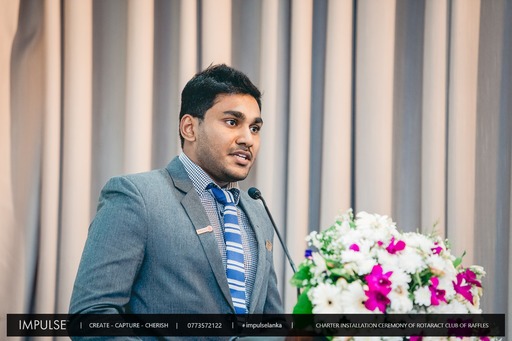 To commence the Installation proceedings, the traditional oil lamp was brightened by all the dignitaries of the evening. After the house was called to order by the Sergeant-at-Arms of the Sponsoring Rotary Club, all rose for the national anthem which was followed by the conventional formalities; the Flag Salutation, Rotaract Invocation, Four Way Test and the Rotaract Song.

Next, the newly appointed Charter President addressed the gathering, followed by the introduction of her Board of Directors for the year of 2019/20.

The Guest of Honor, Mr. Johannes Silaban and the Chief Guest, Rtn. Danya Udukumbure then addressed the gathering before the tokens of appreciations were presented to the dignitaries of the ceremony. The event was concluded with the Vote of Thanks delivered by the Secretary for the year 2019/2020, Rtr. Angelo De Lile. This memorable evening came to an end with the stage being opened for felicitations.

After the installation ceremony, the Rotaract Club of Raffles Colombo has donated the flowers to the Kochchikade church and the leftover food to the night duty officers at the Mahinda Silva Auditorium premises.

The Rotaract Club of University of Colombo, Faculty of Management and Finance (RACUOCFMF) would like to extend its warm wishes to Rtr. Meneli Karunaratne and her Board for their upcoming journey they just embarked upon!