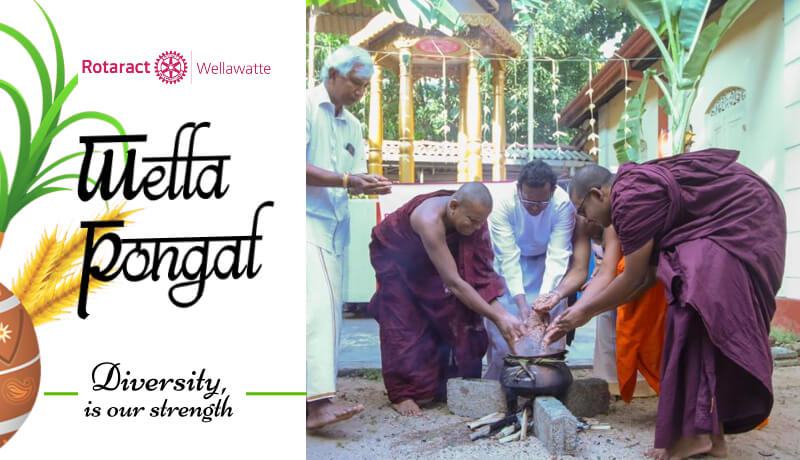 Posted at 16:47h in External Club Events, Others by rcuocfmfadmin 0 Comments

Wella Pongal – a signature Club Service project organized by the Rotaract Club of Wellawatte was held on the 15th of January for the 7th consecutive time. Interestingly, the venue for this Thaipongal celebration was the Sri Bodhirukkaramaya Buddhist Temple and this itself brought out the true essence of the event. As a person who hadn't celebrated or been a part of a Thai Pongal Celebration before, it was indeed a great experience and here’s how this memorable day unfolded. 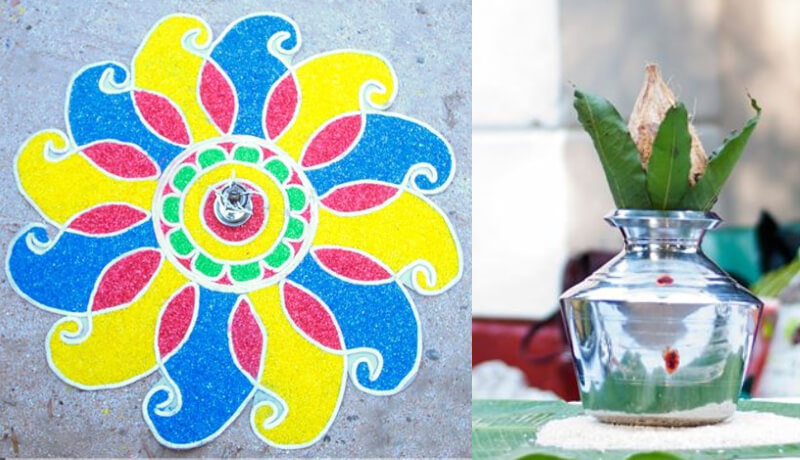 The event began with religious observances which saw the participation of religious leaders belonging to all 4 religions in our little island and this was followed by the much anticipated preparation of “Pongal” rice.

As the boiling milk started to spill over from the sides of the clay pot, crackers were lit and from the hands of all religious leaders, the rice was added to the pot. The atmosphere in the temple was filled with a sense of excitement, the mouth-watering aroma of the Pongal rice and a sense of togetherness brought forth by the collaboration seen though out the event.

The Pongal was then placed on a banana leaf towards the direction of the rising sun during which devotional poetry was sung as a symbol of thanksgiving. (Later I learnt that it’s precisely called “Thevaaram”.)

Up next was an episode of fun filled with a series of games organized. First was the “Sugar Cane Challenge” which definitely tested the strength of all who tried it out. It basically was about attempting to break the sugar cane in to two by holding it with both your hands and smashing it against your thigh while raising your knee. 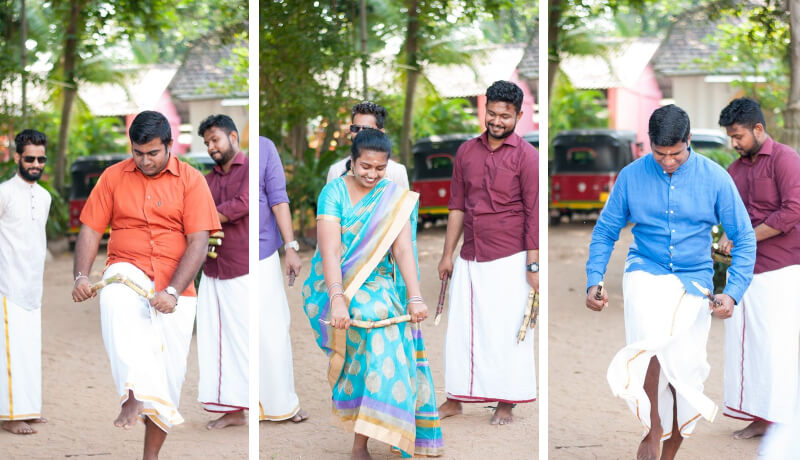 Up next was the “Pongal Rice Eating Challenge.”  I was quite prepared to try and challenge the rest of the guys whom I was surrounded by. But I clearly forgot that among them was Rtr. Rashmika who shattered my dreams by gulping it down before you could even finish off saying “Wella Pongal!” Nevertheless, we got to enjoy extra plates of Pongal Rice which we savoured at our own pace. 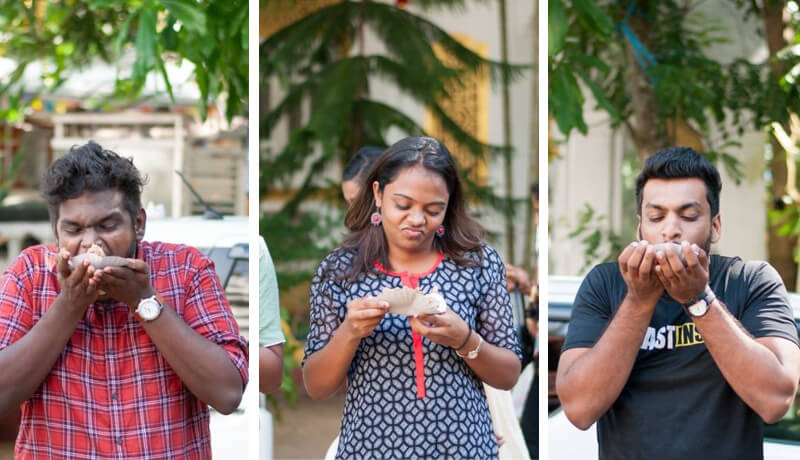 The final game was "Lime & the Spoon" where we quickly partnered up with each other. It did bring back the childhood memories of the game and thus all of us wanted to just win it and that’s probably why the enthusiasm was like that of a child making it simply fascinating and fun to witness.

Rtr. Anaam from the Rotaract club of Colombo West was my partner and once again with much excitement and hope we took part in this without any hesitation. However, this time it didn’t seem to be Rtr. Anaam’s kind of game for he failed to safely balance the lime on the spoon till the end. Nevertheless, once again we all thoroughly enjoyed making it another opportunity to have a good laugh. 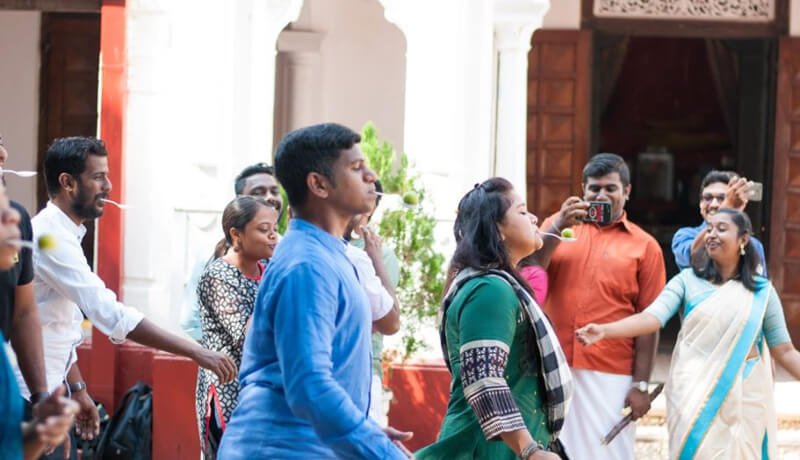 If you ask me what word best describes this project, I’d say beautiful because that’s what it simply was. Like how all the cashew, milk, jaggery, ghee and cardamom came together to make one big pot of scrumptious Pongal, “Wella Pongal” brought together, all religions and cultures, connected them with love and compassion to create nothing but the pure essence of humanity and unity. The event also provided a great platform to further connect with one another and strengthen our bonds.

From embracing diversity to collecting memories worth adding to our Rotaract diaries, our time was spent meaningfully with lots of fun. This project also reminds me of a particular line in our Flag Salutation which is; “And undertake to work towards its peace and prosperity in a spirit of tolerance and love”

“Wella Pongal” was an initiative that was surely carried out along the lines of these thoughts and kudos to the Rotaract Club of Wellawatte for that! It proved that “Unity in Diversity” is indeed our strength as one movement and above all as one nation! 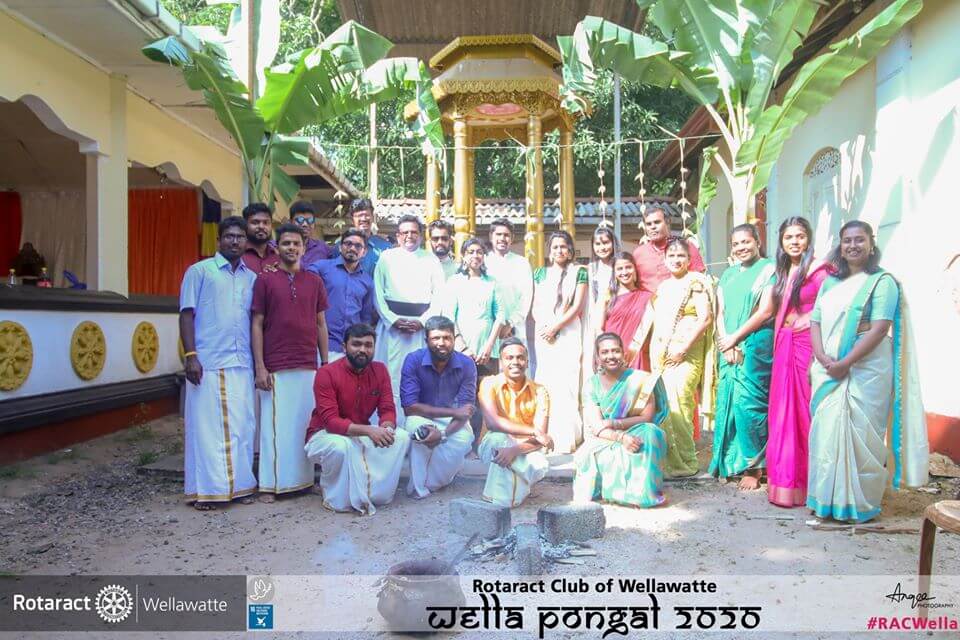