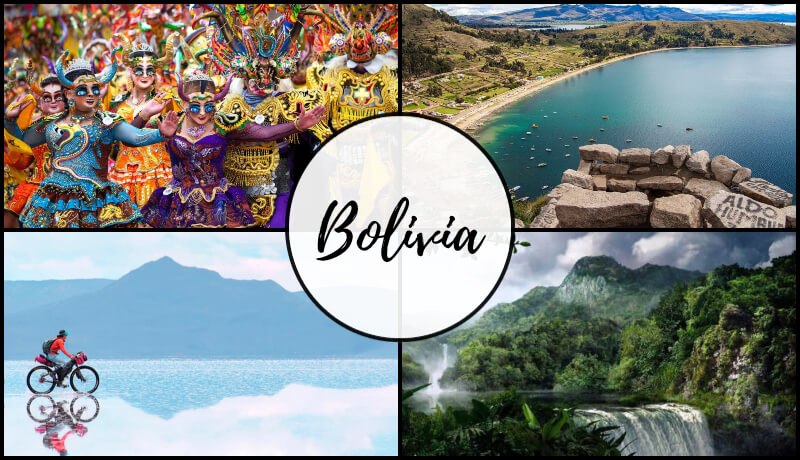 Bolivia is a country in Central South America and its Constitutional Capital is known as Sucre.

Most Widely Spoken Official Language: Spanish (However, over 36 other languages are used) 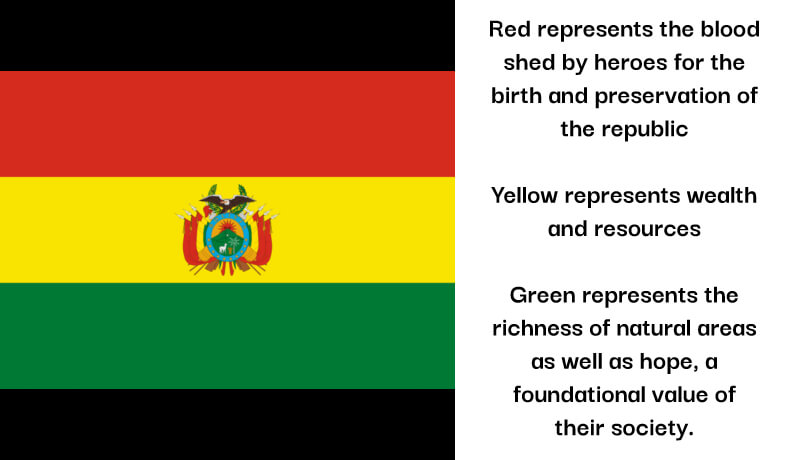 The country has a rich history. It was once the centre of the ancient Tiwanku (Tiahuanaco) empire, and from the 15th to the early 16th century it was a part of the Inca empire. After the arrival of the conquistadores, Bolivia was subsumed within the Viceroyalty of Peru. Officially the Plurinational State of Bolivia is called (Spanish:)Estado Plurinacional de Bolivia by Bolivians. With 1,098,581 km2 (424,164 sq mi) of area, Bolivia is the fifth largest country in South America.

Its geography varies covering the peaks of the Andes mountains in the West, to the Eastern Lowlands, situated within the Amazon basin. The geography of country exhibits a great variety of terrain and climates including tropical rainforests (Amazon), dry valleys and tropical Savannahs like Chiquitania. Bolivia had remained a landlocked country while one third of it is within the Andean mountain range.

Bolivia’s climate varies depending on the topography and altitude of each region. The country’s population is multi-ethnic consisting Indigenous people, Mestizos (of mixed Indian and European descent), and people of European (mainly Spanish) descent. The largest Indigenous groups are the Aymara, Quechua, and Guaraní. Christianity is the largest religion in Bolivia, with Roman Catholicism being the largest denomination.

Bolivia has many breathtaking sites, although the most famous is undoubtedly the salt flats. Known as ‘Salar de Uyuni’, this spectacular great white expanse is the largest and highest in the world. During the month of November, the gorgeous flocks of flamingos come to breed on the flats at Salar de Uyuni. In the rainy season, a few centimetres of water lies on the top, turning the salt flats into the world’s largest mirror (Roughly, 129 kilometres across). 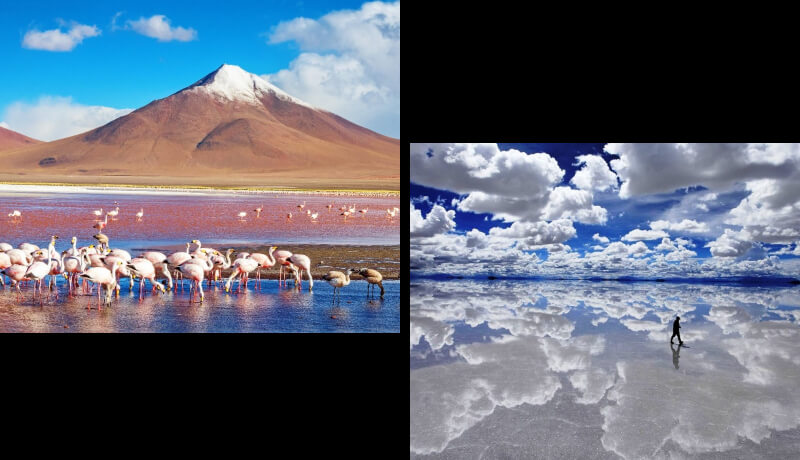 At 3,812m above sea level, the famous Lake Titicaca on the Bolivia-Peru border is the largest lake in South America and highest commercially viable lake in the world. A must visit town in Bolivia is beautiful Copacabana. It’s a town on Lake Titicaca, known for religious festivals and red-roofed houses. 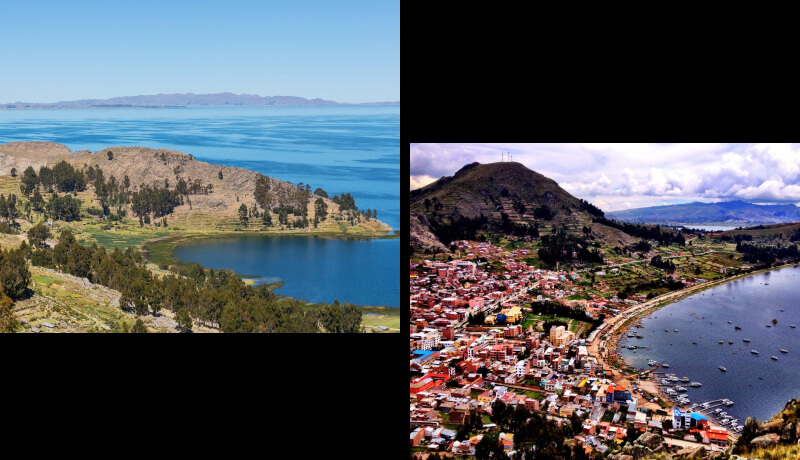 The only thing you won’t find in Bolivia is the Sea and McDonalds. It’s the only Mc Donalds-free country in Latin America.

Another famous tourist attraction in Bolivia is Madidi National Park, located in the heart of the Amazon rainforest. The park is most famous for its high level of biodiversity. 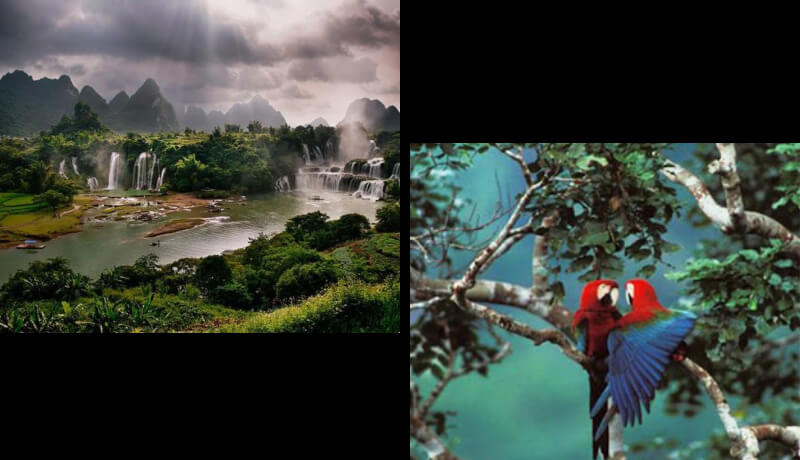 Known as the most dangerous road in the world, “Yungas Road” in Bolivia is a tourist hotspot! The adrenaline junkies can rent a mountain bike in La Paz, where the Yungas Road begins and head out on this unpaved 3 meter wide road that winds through mountains and sharp cliffs for about 40 miles. 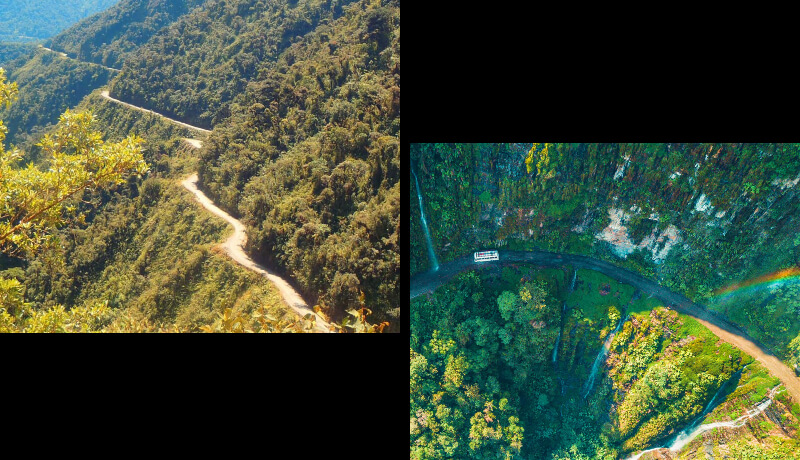 Bolivian culture is known to be very diverse with old fashioned values of politeness and courtesy still widespread. It’s normal to greet everyone you talk to with a formal “good morning/afternoon/evening” (“buenos dias, buenas tardes/noches”) before starting conversation. It’s full of interesting and unusual traditions and customs since it is a mix of indigenous and Spanish cultures.

One of the most well-known festivals in Bolivia is the Carnaval de Oruro, which is a Masterpiece of the Oral and Intangible Heritage of Humanity. It’s held at the beginning of February every year and generally sees the participation of over 400,000 spectators, 28,000 dancers, and 10,000 musicians. 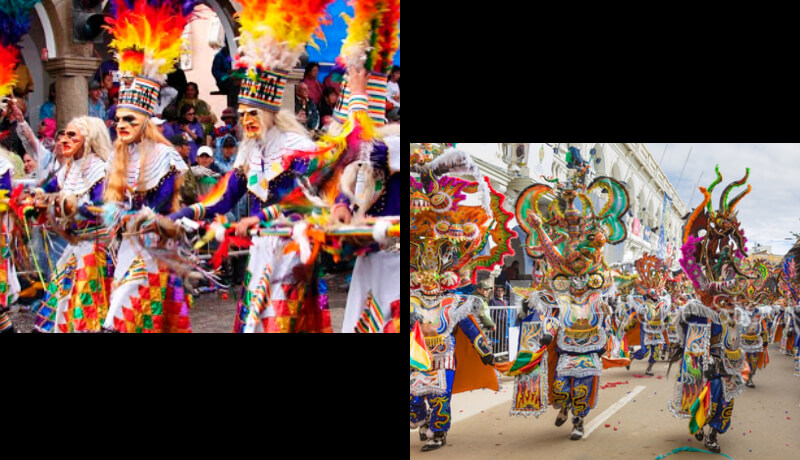 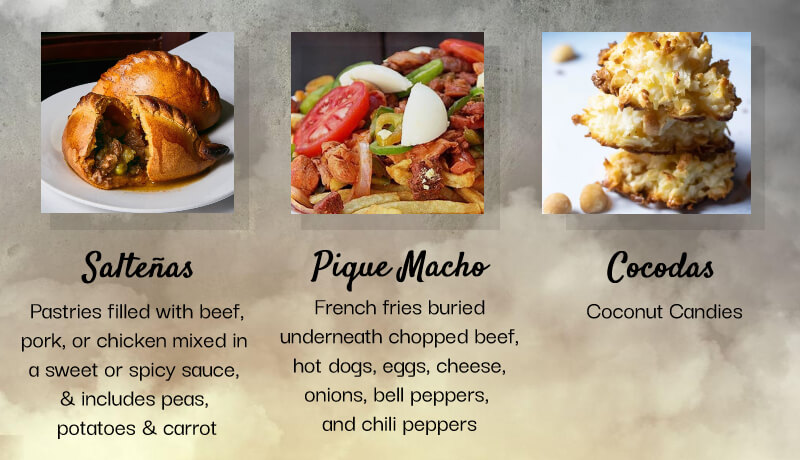 Communication Tip: The handshake is the most common form of greeting. Direct eye contact is also usual. In Bolivia If you know of someone's title always use it.

From stunning colonial architecture to exotic Amazon adventure, Bolivia offers a magical array of experiences which include some terrifying yet memorable ones too.

Like / React to picture by the Rotaract Club of La Paz Sur, Bolivia for One Sky 1.0 to make them the Winner!