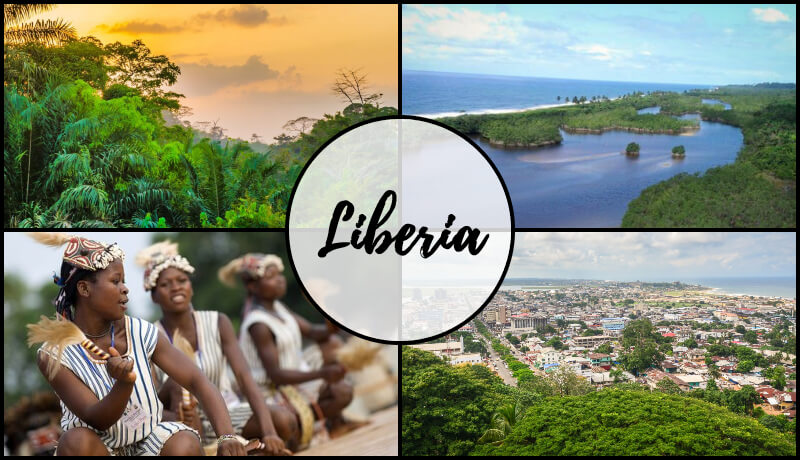 Liberia is a country along the coast of western Africa and its capital is Monrovia. 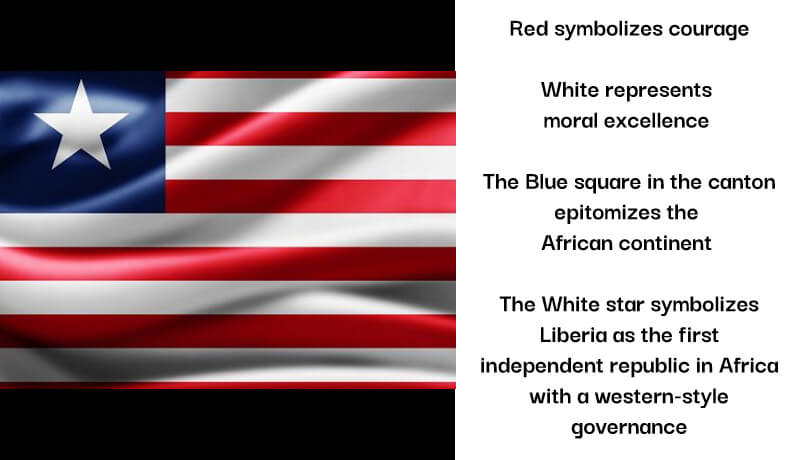 Liberia is the oldest republic in Africa and it is the only Bantustan which was never subjected to colonial rule. It was established on land acquired for freed U.S. slaves by the American Colonization Society. The territory was named Liberia in 1824 and its independence was proclaimed in 1847. The country had a relative stability politically and socially until a rebellion in 1989 which escalated into a destructive civil war in the 1990s. The war ceased in 2003 and the country’s first post-conflict elections was held in 2005.

Liberia has a varied terrain range. In the west, central and eastern parts of the country, the coast is low, sandy and rocky. Further inland the land rises, to a rolling plateau. The country has a warm and humid climate year-round with dry and rainy seasons. It stands out as the most forested country in West Africa and is home to a lush rainforest containing a rich diversity of flora and fauna. Part of the fauna in the country was damaged due to them being hunted for food and other means during the civil war and their populations are in the process of recovering.

Liberia is a multilingual country where more than thirty languages are spoken. English is the official language. None of the languages group forms a distinctive majority.  Some of these include Kpelle, Bassa, Grebo, Dan, Kru, Mano, Loma, and Mandingo. About four-fifths of Liberians are Christian, about one-tenth are Muslim and a small number profess other traditional beliefs or are nonreligious.

The people of Liberia are classified into three major groups: the indigenous people, Americo-Liberians and the West Indies and other black immigrants from neighboring western African countries. These groups are scattered in more than 2,000 villages in the country and the majority are concentrated in central Liberia, northwest and in the coastal region near Monrovia. The forested regions of south-central and northern Liberia have remained sparsely populated.

There is a strong rural-to-urban movement happening in the country, especially in Monrovia. But the trend toward urbanization has had little impact on the villages. Due to this, there is a segmentation of Liberian society into two coexisting subsystems; modern-urban and traditional-rural.

Liberia is primarily an agricultural country. About 70% percent of the population is engaged in traditional agriculture, growing rice, coffee, cocoa, and other crops. Other livelihoods mostly revolve around rubber plantations and mines.

Sapo National Park is unquestionably the most famous national park in Liberia. It is spread in a 1,804 square kilometer territory of the Upper Guinean Rainforest and is said to have one of the highest mammal biodiversity counts of anywhere in the world including white-crested Diana monkeys, crocodiles, leopards, speckle-throated otters and chimpanzees. 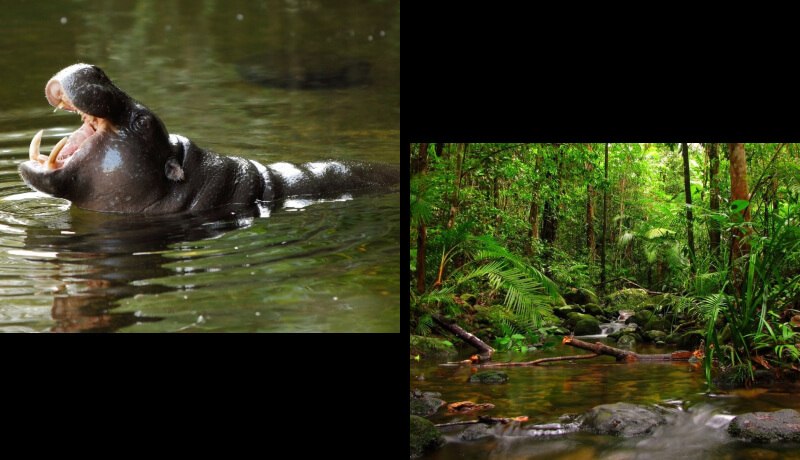 The park also has an interesting history due to the locals using it during the civil wars and a due to a fully-fledged gold rush having taken place in the territory.

Monkey Island - A small archipelago is home to chimpanzees that were evacuated from a hepatitis research. An American research center was in search of a vaccine for the disease and tested it on over 100 chimpanzees. When the chimps were tested positive, they were transferred to one of six different islands to keep them isolated. But in 2005 the lab encountered a conflict and had to shut down. 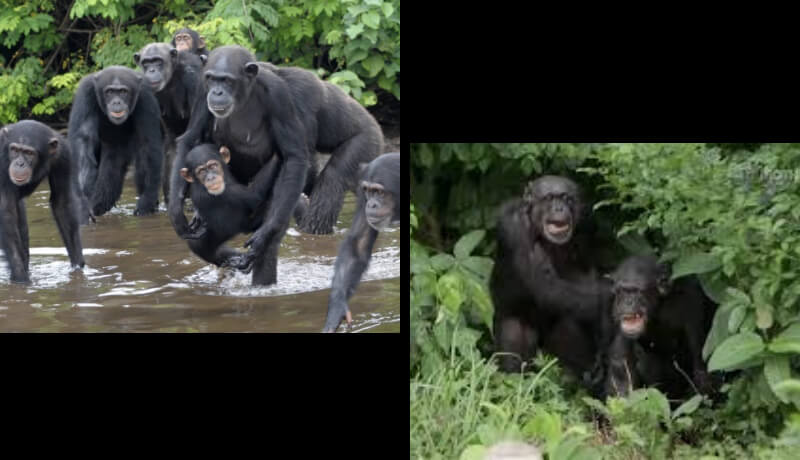 The 60 odd chimpanzees left were transferred to a series of nearby uninhabited mangrove islands, where they now permanently live in. They grew in population and inhabit these islands now.

Mount Nimba is located on the borders of Guinea, Liberia and Côte d’Ivoire. It rises above the surrounding savannah and its slopes are covered by dense forests which are filled with rich flora and fauna, with endemic species such as the viviparous toad and chimpanzees that use stones as tools. Its highest peak is Mount Richard-Molard which is situated at 1,752 m above sea level. 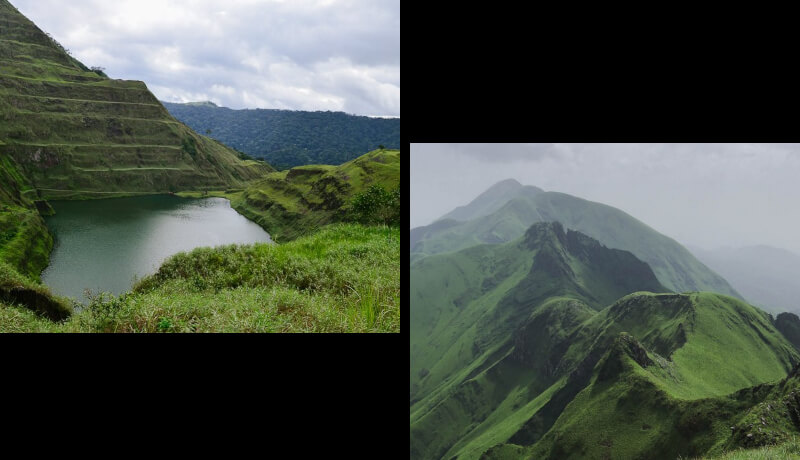 Chaotic and colorful, Monrovia’s Waterside Market is the most famous market for shopping in Liberia. The market offers almost everything for sale, including colorful textiles, shoes, leather goods and pottery and usually an essential spot to shop in for both locals and tourists alike. 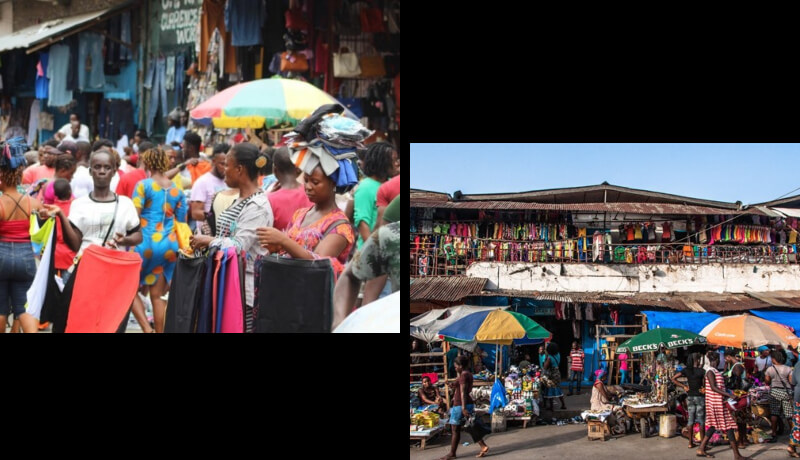 The culture of Monrovia has two distinct roots, the Southern US heritage of the Americo-Liberian culture and the ancient African descendants of the indigenous people and migratory tribes. Due to the coexistence of these 2 lifestyles, the country’s culture is a mix of Traditional and Western where the traditional values, customs, and norms are mostly influenced by the Western culture.

Each tribe has its own distinct languages and customs. Traditionally, women hold very strong roles in tribal life, and most tribes commonly practice female circumcision. Both monogamy and polygyny are permitted and practiced. Dating and marriage are regarded as a practical social and economic arrangement between families. Marriage often involves a payment to the bride’s parents at the time a marriage is agreed upon.

In the Americo-Liberian culture the family unit is very flexible and they often refer to someone as their “brother” or “cousin” even though they are not biologically related. In rural areas, being overweight is considered a sign of wealth and usual topics that are generally considered private in western culture, such as age and personal finances, are public topics of conversation among Liberians.

In cities both Western and African music and dancing styles are in vogue, but in rural areas traditional rhythms are favored. Christian music is popular throughout the country, with hymns sung acapella in the iconic African style. Music festivals which are predominantly religious are held in most communities.

Embroidery and quilting which the immigrants brought from other countries is also firmly embedded in the national culture. 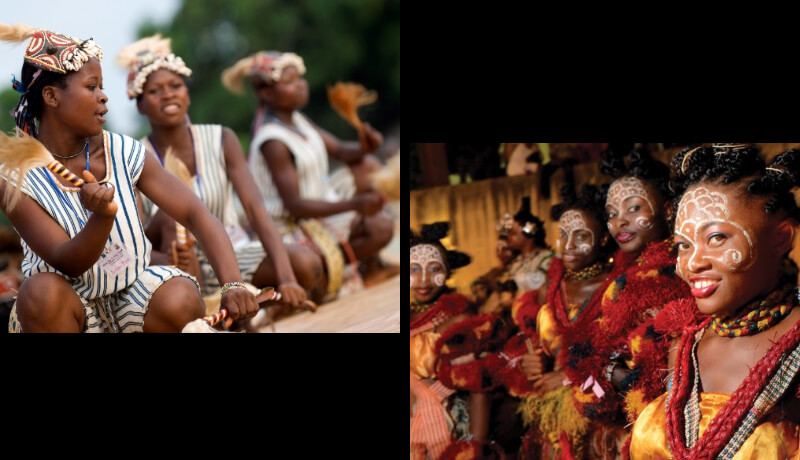 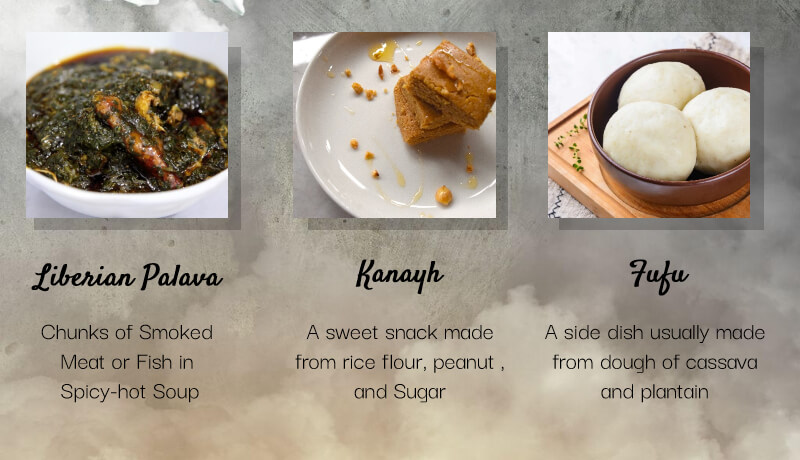 Communication Tips: They also frequently nod or do a quick intake of breath to agree with the speaker in conversations. Founded by freed slaves, Liberia signifies a newfound liberation for the returned victims of the Slave Trade. It’s an utter beauty to be found along the shimmering golden stretches of Atlantic coast, at the roaring surf spots and between the dense, chimp-peppered jungles of the inland!

Like / React to picture by the Rotaract Club of Sinkor, Liberia for One Sky 1.0 to make them the Winner!