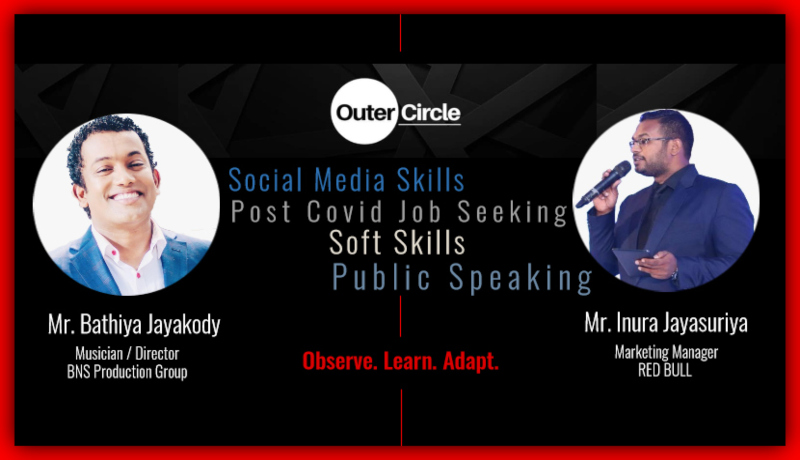 Outer Circle, an informative session on tackling the post COVID-19 job market and improving soft skills, public speaking and social media skills was organized by our club in collaboration with the Interact Club of St. Paul’s Milagiriya. The discussion was live streamed to all viewers on the 16th of May, 2020 via Zoom and Facebook platforms. The session was graced by two eminent personalities coming from two different fields, one being Mr. Bathiya Jayakody, an entrepreneur and a renowned musician in the Sri Lankan music industry and the other being Mr. Inura Jayasooriya, the Marketing manager of Red Bull Sri Lanka.

The interactive virtual session which gave the viewers an insight on what we should prepare for and the skill set we would require to develop in the post COVID-19 world was beautifully moderated by Rtr. Arshad Ismail. 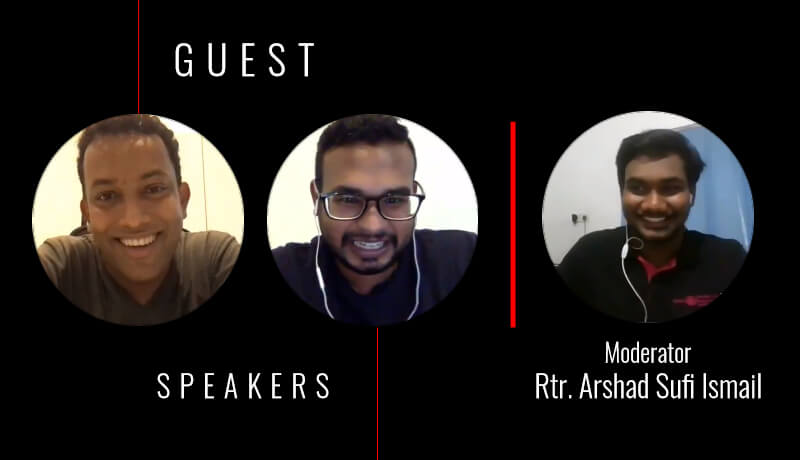 Outer Circle kick started with a question directed by the moderator on how employees will be affected by the uncertainty and chaos caused by the prevailing pandemic situation. This question was followed by a neatly elaborated explanation on how we, as individuals should promote a positive attitude amidst the hardships, seek novel opportunities, follow work from home practices and focus on work life balance during these times. Adding up to it Mr. Bathiya Jayakody emphasized how entrepreneurs should not only focus about what they do, but also about the people around, inculcating a “People first” attitude in minds of young enthusiasts. 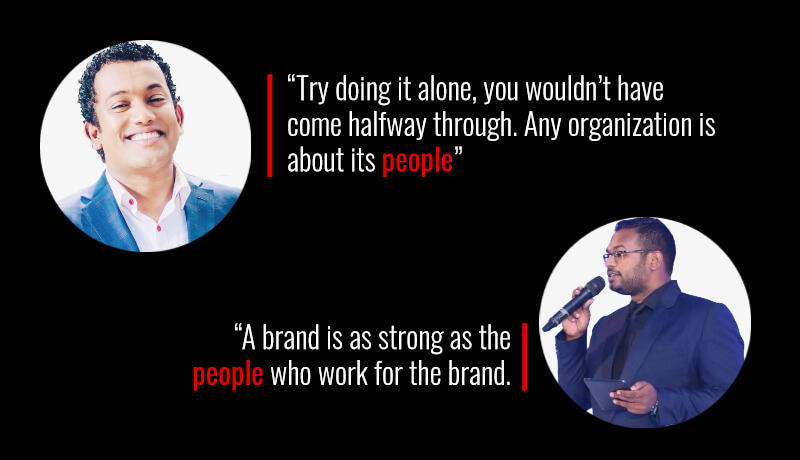 The speakers further highlighted how we, as undergraduates can prepare for the new normal and become future-proof by being bold enough to make decisions while learning and adapting to changes around us and by being passionate when entering the corporate world. This was followed by providing us with a glimpse of Mr. Bathiya Jayakody’s life experiences as a musician along with a discussion on how the right set of corporate skills and knowledge would drive an individual to optimistically view new opportunities in the world to come. 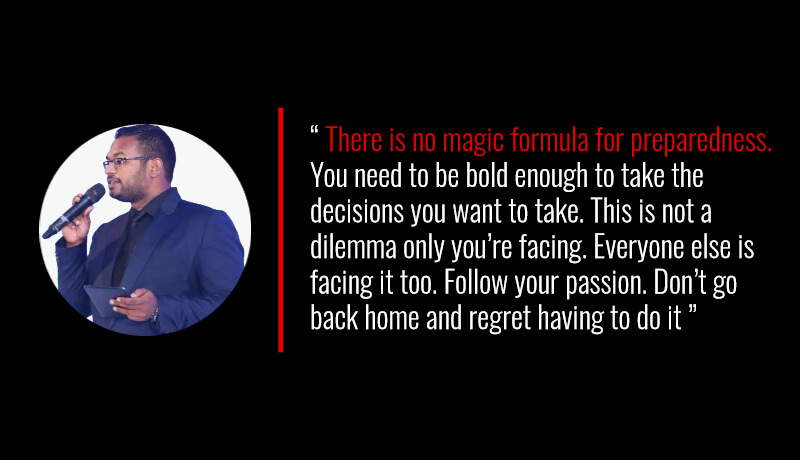 In response to above, here are a few things Mr. Bathiya had to interestingly say.

All these words of advice and encouragement certainly left the viewers with a much needed sense of assurance and hope.

In the next part of the conversation Mr. Inura Jayasooriya highlighted the importance of soft skills and the ability to articulate great ideas. He also mentioned that creating a positive buzz or a word of mouth would become the biggest defining factor when it comes to self-marketing. After a thorough practical explanation of soft skills, what Mr. Inura had to say in conclusion connected to the beginning of the discussion. 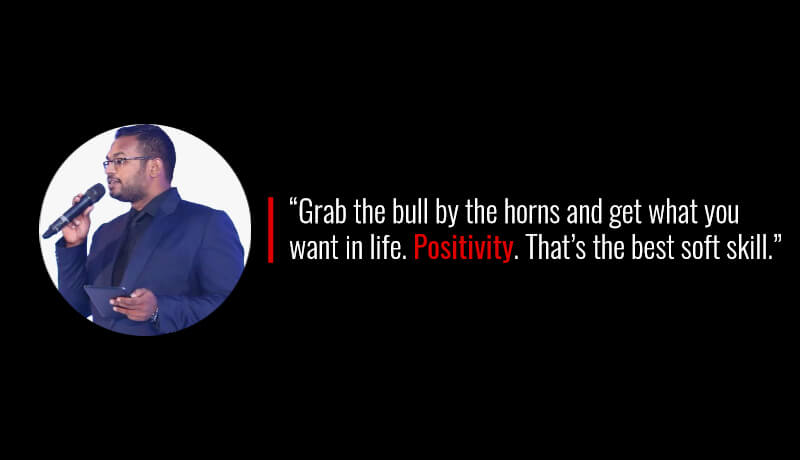 This was followed by the crowd sourced questions on the right use of social media, where the speakers discussed both the opportunity and responsibility each and every user has, in using it for the betterment of all receivers. Although it was a nearly two hour enthralling session conducted by the two eminent personalities, we didn’t feel the time pass by.

Finally, even though Mr. Bathiya pointed out that “Old is not Gold. Old is Old” in answering a question during the session, when it came to wrapping up the session, the call was made for an old song! (Not surprising!) Humbly accepting the request from the audience, Mr. Bathiya went on to sing not just one, but two songs, and made sure one of them was an old song while the other was a more recent one. A performance so soul stirring, undoubtedly served the perfect ending to a session that was so insightful which finally formally concluded with Vote of Thanks being presented by Interactor Nuha Hakeem of the Interact Club of St. Paul’s Milagiriya. 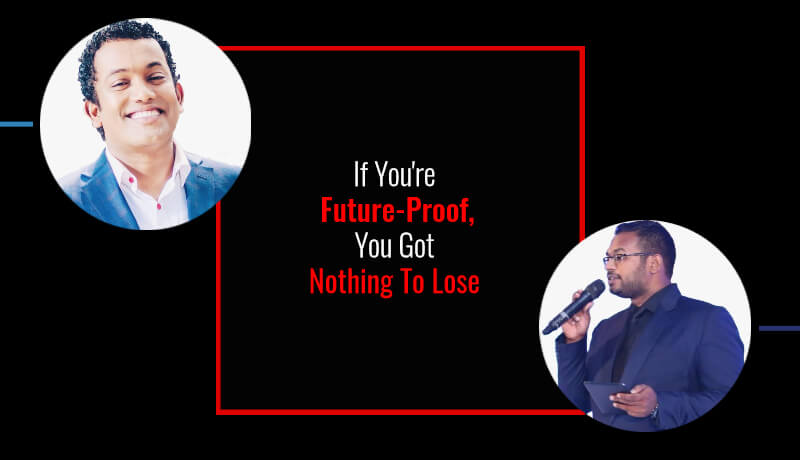 We Observed. We Learned. And here we are Adapting ourselves today!

If interested in checking out the session featuring Mr. Bhathiya Jayakody’s performance at the end, click on the link below;