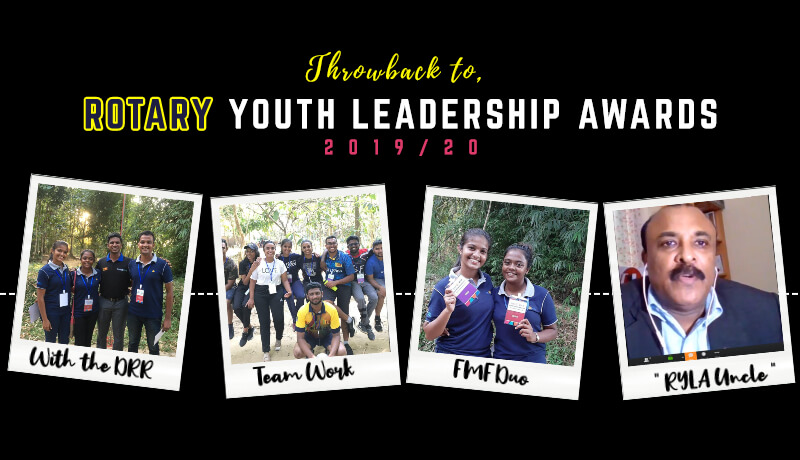 Posted at 01:42h in District Events, Others, Uncategorized by rcuocfmfadmin 0 Comments

Rotaract Youth Leadership Awards, well known as RYLA, was held on the 25th and 26th of January 2019 at CHE Adventure Park. My better half in Rotaract, Rtr Piyumi and I were quite excited to be a part of one of the most awaited events of any and every Rotaractor. The fact that it was to be held at CHE Adventure Park this year, eventually kept increasing our enthusiasm as we neared the first day of training. 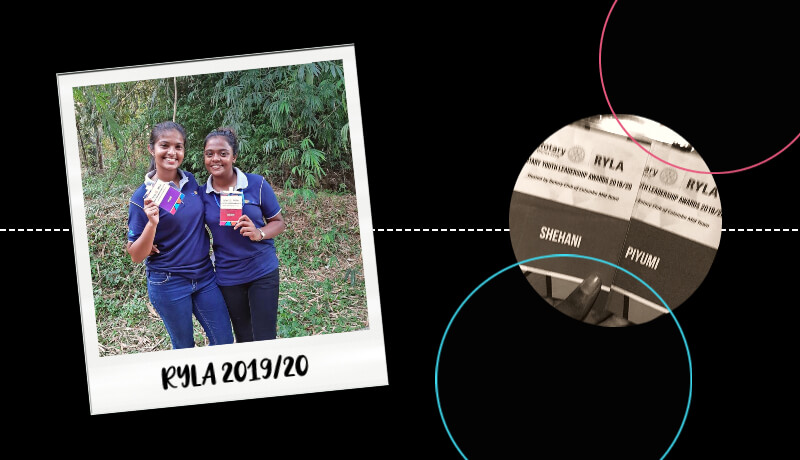 Two buses full of extremely energetic Rotaractors left Race Course at around 6.30 am and such was the enthusiasm that the Baila Sessions began not too long after we began our journey. We arrived at CHE at around 8.30 am and all of us were separated into groups of 6 which were initially identified based on 6 colours Red, Purple, Black, Orange, Blue and Green.

Following the formal commencement of the programme marked by the conventional formalities, we were warmly welcomed by the President of the Rotary Club of Colombo Mid Town, the hosts for this year’s RYLA. Rtn. Irshad Halaldeen shared with us some important details regarding the history of RYLA and told us that we would be called RYLARIANS from that point onwards.

He also appreciated and recognized the efforts of all the Rotarians behind the event while specially thanking the Project Chairpersons - Rtn. Nahil Rupasinghe and Rtn. Insaaf for being the main pillars of strength. The session was then taken over by an official of CHE Adventure Park to give a boost of energy to the group of RYLARIANS seated before him. A creative series of “HAKAs” were performed by each team and beyond the speck of a doubt, it bonded all the “RYLARIANS” in an absolutely entertaining and memorable manner - HAKA’s that surely made us go HAHA!

Afterwards, 2 insightful sessions were held. The first one which broadly touched on the topics of Innovation and Entrepreneurship was conducted by Mr. Fathhi Mohammed, Co-Founder of Pick Me. He narrated his adventurous journey, much like a Tuk-Ride with its ups and downs that were successfully faced and emphasized on the Do’s and Don’ts that should be kept in mind when venturing on new paths in life.

The next session was PDG Rtn. Thariq Thulba’s invaluable address to the gathering. As he shared his experience both as a Rotaractor and a RYLARIAN, we were truly inspired. We understood the importance of future leaders working on themselves and developing their skills to do well in their respective careers. 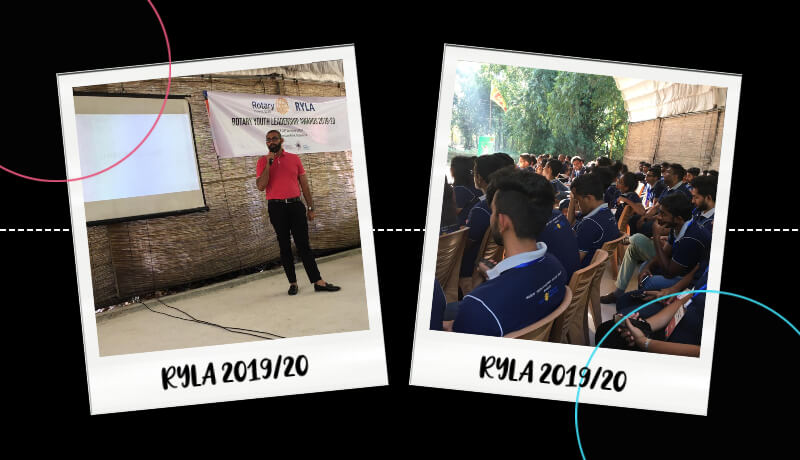 Following a scrumptious lunch, all the RYLARIANS gathered in the scorching sun for an interesting session of getting to know each other more! Each member from each group was instructed to get to know another person and describe him/ her as himself/herself. Since, the session was conducted by Mr. Kolitha Rathnayake, an expert trainer capable of understanding everyone, the session concluded on a successful note.

Then came the time for friendly rivalry!

We were supposed to compete against one another in a series of activities such as Overhead Ball Passing, Lava Bridge, Archery, Rifle Shooting and much more! All these activities tested our team work, patience, concentration and perseverance – The skills which every leader would have to possess in order to conquer the greatest challenges in life. Naturally after all the adventure, we were physically exhausted. But apart from the scorching sun, it was these activities that made our day even brighter and more exciting. 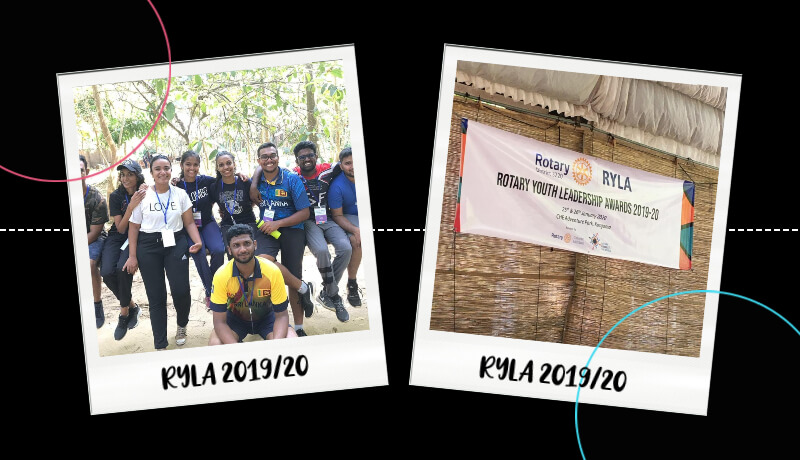 As the night fell, all the RYLARIANS gathered under the starry sky for the much awaited campfire! “RYLARIANS Got Talent” would have been a fitting name for the night as the amusing skits and all other singing and dancing items that had been prepared, came to life. Thus that night, there were stars up there in sky and there were stars below the sky, around the bonfire too. However, towards the latter part of the session, “Step Up – Sri Lanka” would have been the more fitting name, as the RYLARIANS decided to own the night with their signature dance moves!

Day 2 kick-started with a 3Km long early morning jog which was followed by a series of exercises to prepare us for a challenging day ahead.

White water rafting was the first! In all its adrenaline rush wrapped was a silent lesson on the power of Team Work! The thrills continued. Next was the Zip Liner! Gliding over the serene and lush greenery was both a beautiful and exhilarating experience. The rope activities which were next, taught us how the power of team work could be amplified when blended with concentration and this made us realise how much more we could actually achieve with our teams of members in our clubs. 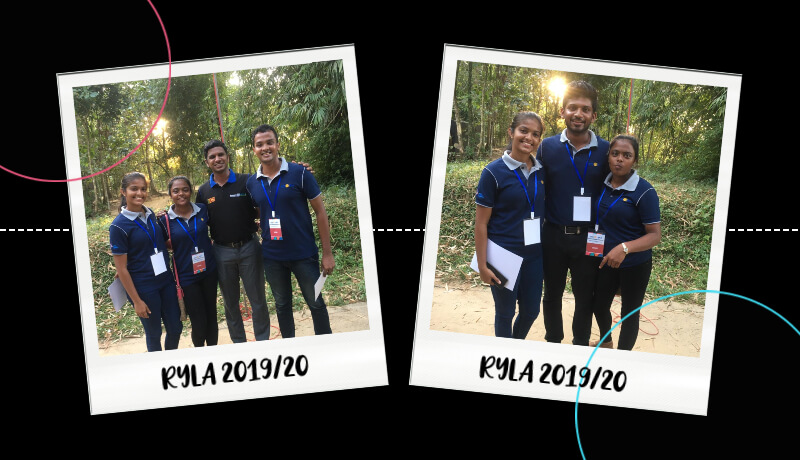 All activities for day 2 came to an end with Team Presentations based on our RYLA experience which was nothing short of wonderful for all of us. By that time none of us were the same Rotaractors who had entered CHE Adventure Park on the 25th morning for we had imbibed the true spirit of a “RYLARIAN” and that too, in style. Hence, even before the presentation of special awards, all of us had already been rewarded with an experience that was priceless.

However, RYLA ended with an unexpectedly blissful ending for me, as my team, Team "Ketchup" emerged as the Champions! While Rtr. Afraa Mohammed was awarded the “Best RYLARIAN”, Rtr. Keith Mehta became the Most Popular RYLARIAN owing to their excellent interaction and performance skills which made them the deserving ones without a doubt! Further, all RYLARIANS were admired and formally recognized for their participation at RYLA 2019/2020 which I must say was a phenomenal experience indeed! 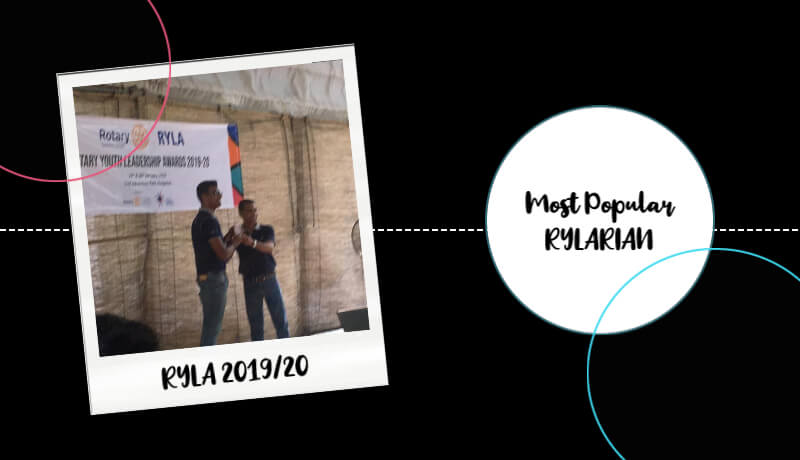 It’s been months since RYLA 2019/20. But the good times will be cherished even many years from now on. To conclude, I’d like to mention a few statements said by Rtn. G. S. Sylvester at the First Ever Virtual District Conference held a month ago where he referred to himself as the “RYLA Uncle” when speaking about the relationship between Rotary and Rotaract. 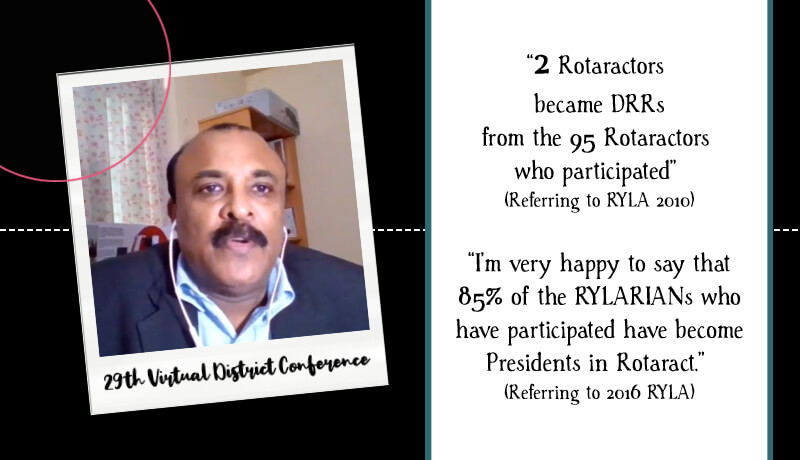 RYLA 2019/20 is just one out of the long list of memories I’ll keep revisiting in my head. It was one of the best learning experiences in my beautiful journey of Rotaract which has officially come to a memorable end.

Time flew so fast that it felt like gliding along that zip line! One Two Three, GO! *Screams out of excitement*. Phew! DONE.