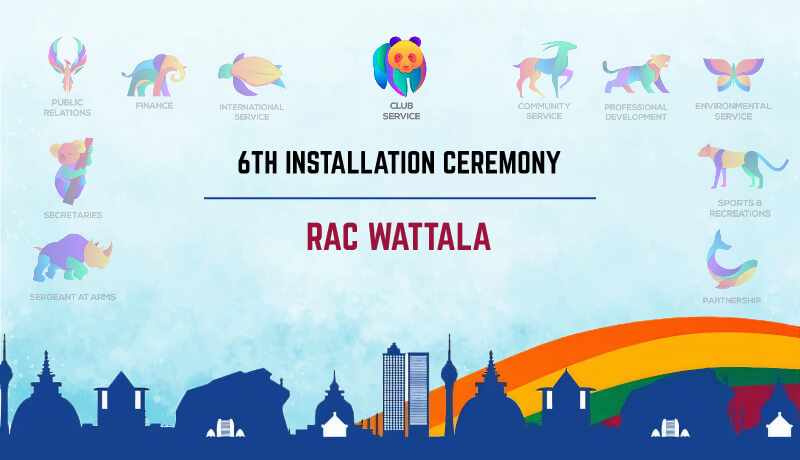 29 Jul 6th Installation Ceremony of the Rotaract Club of Wattala

Posted at 20:05h in Installations, Others, Uncategorized by rcuocfmfadmin 0 Comments

The 6th Installation Ceremony of the Rotaract Club of Wattala was held on the 26th of July and was broadcasted live through Facebook on their very own Facebook page exemplifying perfect virtual presence. The event started with Rtr. Aakhir Rizvi giving a warm welcome to all who were streaming the event online. Next, the President of the year 2019/2020, Rtr. Shanithi Vithanagamage was invited to call the Installation Ceremony to order.

To officially commence with the proceedings, The Rotaract Club of Wattala started by following the Rotaract Formalities; The Flag Salutation, Rotaract Invocation and The Four-Way Test. Next, the Project Chairperson of the Installation and Club Service Director Rtr. Stephan Dissanayake addressed the gathering which was followed by the presentation of the Secretary’s Report for the year 2019/2020 by Rtr. Sajani Ramanayake. It was revealed that, in line with the theme for the year 2019/20 “Hear for Humanity” the club consisting of a strong team of 72 members had successfully executed 35 projects across all avenues during the year. 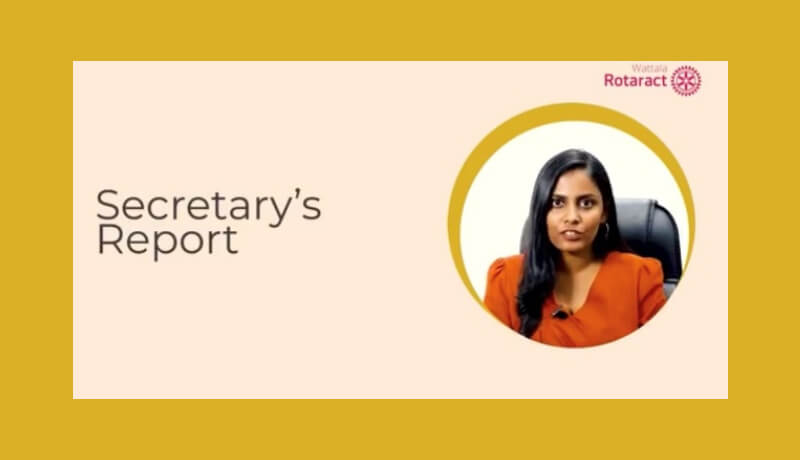 Afterwards, the Outgoing President Rtr. Shanithi Vithanagamage fondly known as “Simba” from The Lion King addressed the gathering and elaborated on how they “Grew and extended their family while solidifying existing bonds, broke boundaries and stepped into new territories while aiming at hearts and not awards”. She extended her heartfelt gratitude to all individuals who supported her during the journey of her presidency as well as all the well-wishers who made the journey of the club a  success. 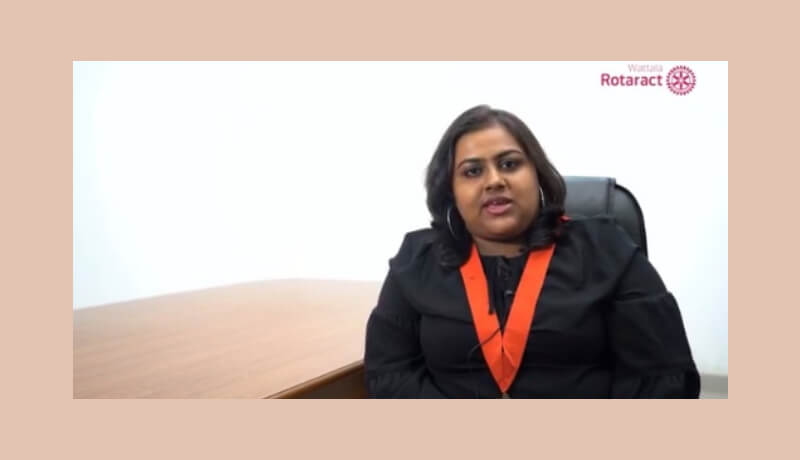 Next was the address by Rtn. IPP. Raj Rajalingam of the Rotary club of Wattala, who was thankful to the Outgoing President Rtr. Shanithi for managing and executing all projects in a timely manner while maintaining the bond of the club. He then presented a token of appreciation to the Outgoing President Rtr. Shanithi for her service. Shortly after, the new theme for the year 2020/2021 “Inspire Service” was revealed.

The next event of the agenda was the introduction of the President for the year 2020/21, Rtr. Isham Cassim which was done by Rtr. Aakhir Rizvi. It was quite the catch when Rtr. Rizvi stated that, “if the Installation took place in a physical venue he would most definitely address the audience by saying “Ladies, Gentleman, and Isham”, he also added that Isham is the most popular child in the club and the clumsiest, “Isham is famous for breaking things in the most extra- ordinary ways” says Rizvi, who also claims that Isham dropped himself at the moment he was born. The introduction ended with Rtr.Rizvi getting punched in the gut by the incoming President which indeed added to a lot of humor.

Afterwards, Rtr. Isham Cassim was gracefully collared as the President for the year 2020/21 by the Outgoing President Rtr. Shanithi Vithanagamage. 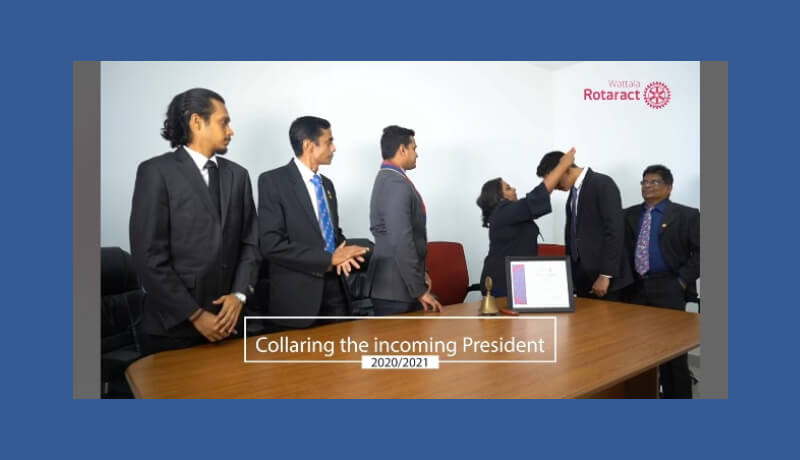 This was followed by his speech in which he stated why they chose the theme “Inspire Service” and laid out his plans for the upcoming year. In conclusion, he gladly introduced his Board for the year 2020/21. 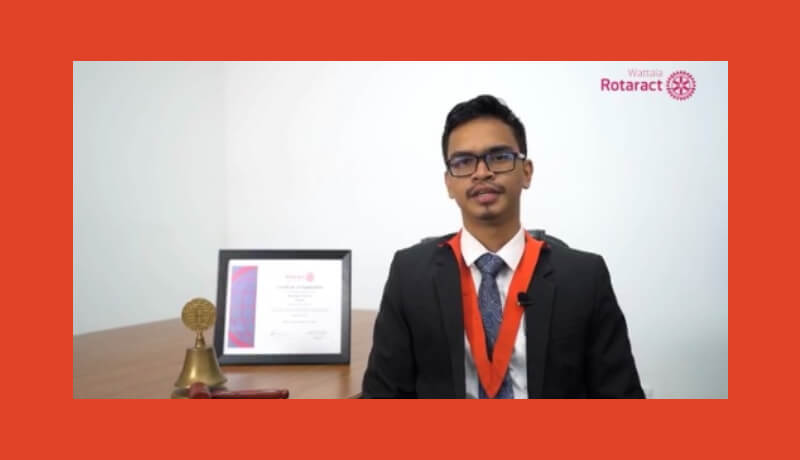 Next, the District Rotaract Representative Rtn. Rtr. PP. Kavindra Kasun Sigera addressed the gathering and he started off by acknowledging the fact that the club should be extremely proud of celebrating the end of another successful, challenging, yet a tremendously impactful year. He also elaborated on the beauty of the youthfulness that we as Rotaractors have in our blood line which makes us adapt to any situation. “The challenges don’t stop us, it makes us find another way to do what we did, much better”  He praised the Rotaract club of Wattala for carrying out projects such as “Just Another Blue”, and “Friendships Invading Borders” which created a sustainable impact on society. Finally, he invited all Rotaractors to come forward and work together in order to reach the deserving people in the society, by joining hands to strive as one. 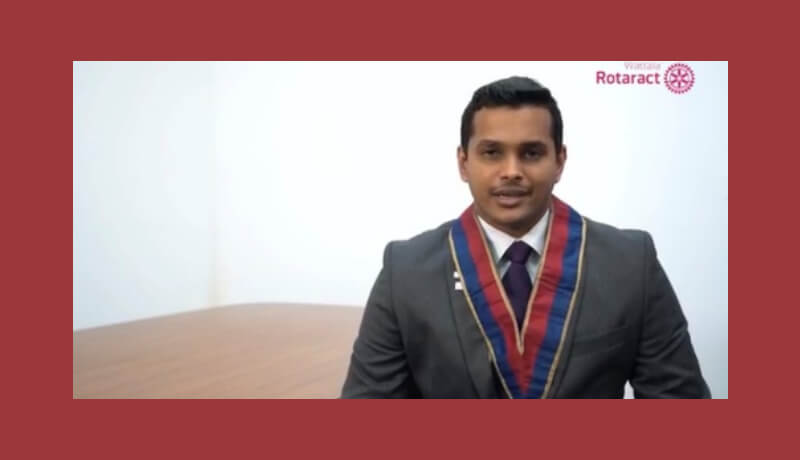 Afterwards, the President of the Rotary club of Wattala, PHF Rtn. Sekar Perianna was invited to address the gathering, where he congratulated the Club for their journey, wished them all the best for the new term and also emphasized that it is his duty to invite them on board to their parent club; The Rotary club of Wattala, and concluded his message by wishing Rtr. Isham all the very best.

The Installation Ceremony came to a closure with the Vote of Thanks being delivered by Rtr. Suboothanan Pathmaraja, the Secretary for the year 2020/21. Later, President Rtr. Isham Cassim was invited to officially terminate the ceremony. 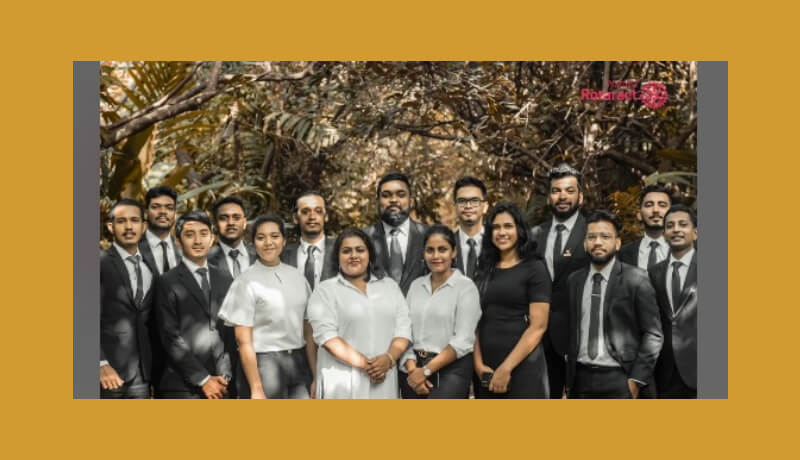 So, that brings us to the end of this wonderfully planned virtual installation ceremony which demonstrates yet another way of how Rotaractors overcome any obstacle that comes their way.

It was indeed a pleasure for the Rotaract Club of University of Colombo, Faculty of Management and Finance  to be part of this delightful ceremony and would like to extend its warm wishes to Rtr. Isham Cassim and his Board of Directors for a wonderful year ahead!

We believe that Rtr.Isham will indeed take his team to break barriers and reach new heights in extraordinary ways just like Rtr. Rizvi claimed.