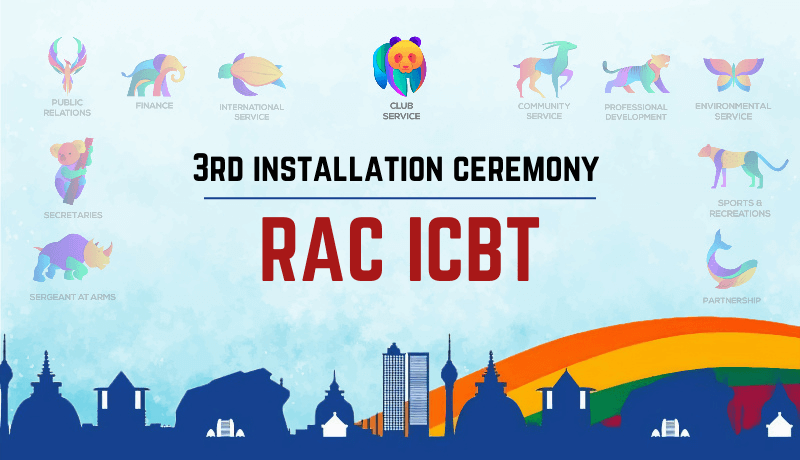 Posted at 19:13h in Installations, Others, Uncategorized by rcuocfmfadmin 2 Comments

The Rotaract Club of ICBT stepped into yet another phenomenal year with its 3rd Installation Ceremony which was held on the 28th of August at the ICBT Auditorium from 6.00 p.m. onwards. Representing RACUOCFMF, Rtr. Aamina Ismail, Rtr. Kulani Salgado, Rtr. Gihini Gunawardena, Rtr. Samindi Weerakoon, Rtr. Gajaba Senaratne and Rtr. Thilan Rupasinghe attended the glorious ceremony to witness and relish the novel era OF RACICBT. 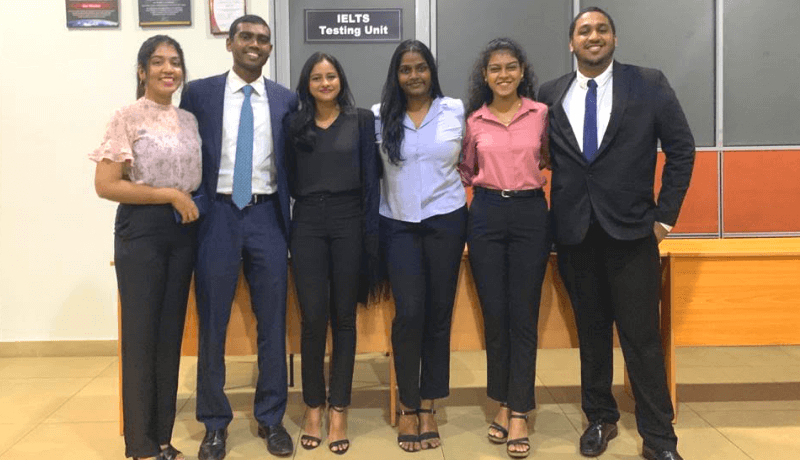 The ceremony officially commenced with the brightening of the traditional oil lamp by all the dignitaries including the Chief Guest, President of the Rotary Club of Cinnamon Gardens, Rtn. PHF Kannan Thiagarajah. After the house was called to order by the Sergeant-at-Arms, all rose for the national anthem which was followed by the Conventional Rotaract formalities: The Flag Salutation, Rotaract Invocation, Four-way test and the Rotaract song.

Next, The Co-Project Chairpersons Rtr. Achintha Wijesinghe and Rtr. Shehan Jude welcomed the gathering. Thereupon, the Secretary’s Report for the year 2019/20 was presented by Rtr. Methmi Pinnagoda. This was followed by a sensational videoclip which highlighted the remarkable moments of the preceding year.

Then, the Outgoing President, Rtr. Jehaad Kithcilan was invited to share a few words about his year of Presidency. He highlighted that amidst the challenges faced, the Club had successfully managed to carry out 34 eminent projects and also proudly revealed the Club’s magnificent achievement of receiving several awards at the 30th District assembly, for the very first time since its inception. Moments before he signed off, he extended his gratitude to all those who contributed to the mission which turned out to be an exceptionally successful one. Afterwards, the Outgoing Board of Directors were presented with tokens of appreciation for their invaluable service.

Thereafter, Rtr. Pashan Diggoda was invited to introduce the Incoming President. (It  was revealed that the Incoming President Rtr. Basharath Isamath and Rtr. Pashan Diggoda have become ‘Amba Yaluwas’ following an awkward conversation on Facebook Messenger. :P). All in all, the entertaining introductory speech turned out to be one of the highlights of the astounding day. Adding to the introduction, Rtr. Methmi Pinnagoda stated what a promising individual Rtr. Basharath Isamath is and elucidated why he deserves the position.

Afterwards, the most anticipated moment of the ceremony arrived as the Outgoing President Rtr. Jehaad Kithcilan gracefully collared Rtr. Basharath Isamath as the President for the year 2020/21. 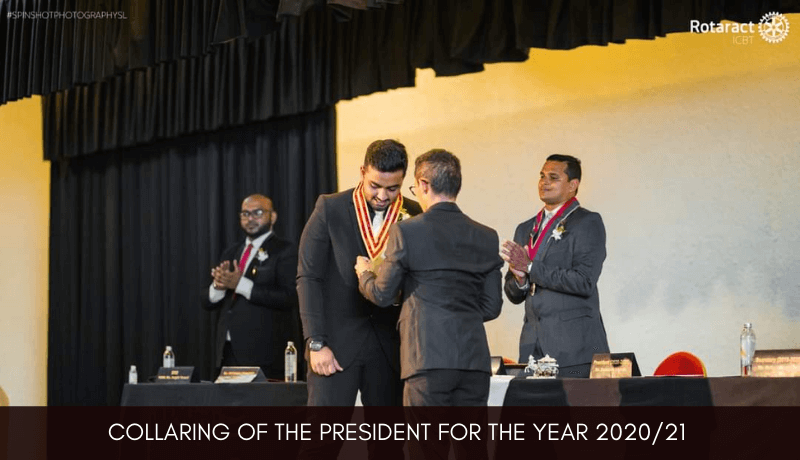 This was followed by the Newly appointed President’s speech in which he promised that the Rotaract Club of ICBT would extend its support to anyone in need. He further briefed his vision for the year and concluded his address by introducing the Board of Directors for the year 2020/21. 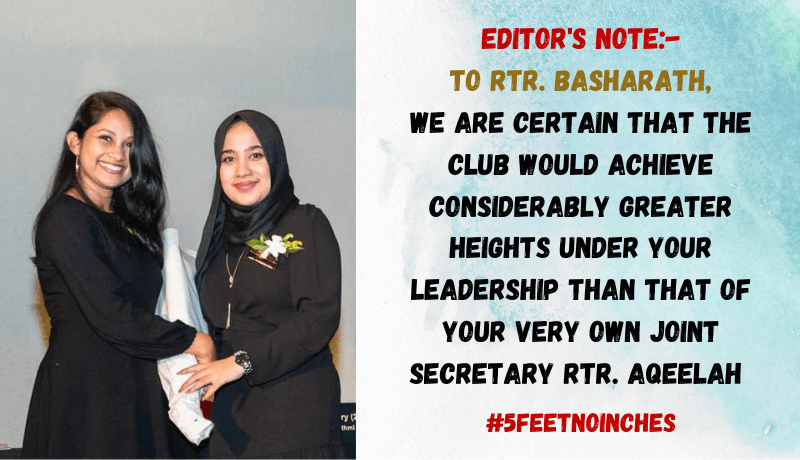 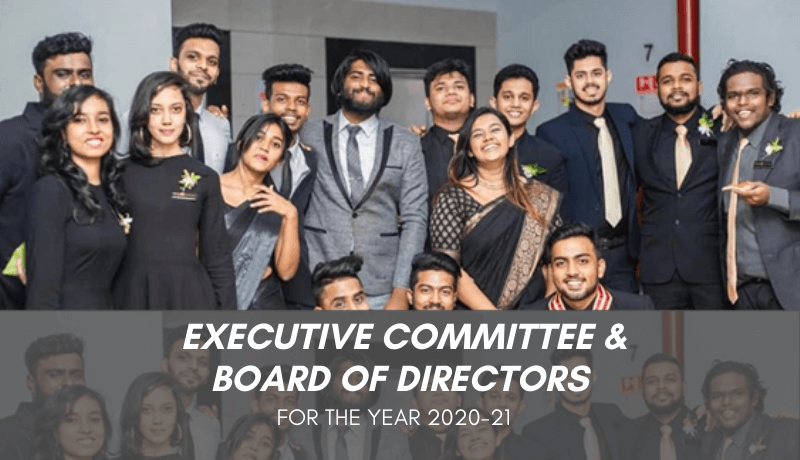 Subsequently, the District Rotaract Chair, PDRR Rtn. Amjath Yoosuf shared several valuable thoughts with those present .He highlighted the vital role played by Rotary in establishing platforms which enable its members to successfully step into the corporate world.

Next, on the agenda was a captivating entertainment item which was presented by none other than the “PAPPA BAND”. The key vocalists, Rtr. Aamina Ismail and Rtr. Kulani Salgado, (RACUOCFMF’s beloved President and  Secretary) astonished the audience by adding colour to the evening with their  super amazing vocal skills. The exhilarating performance by the “Pappa Band” was irrefutably a memorable one and a little celebratory moment for FMF as well!

Then, the Chief Guest of the evening, President of the Rotary Club of Cinnamon Gardens, Rtn. PHF Kannan Thiagarajah addressed the gathering and congratulated the Rotaract Club of ICBT for their achievements and the great endeavors of the past years. ‘Rotary is all about creating opportunities for people of all age, where everyone is given the opportunity of connecting and networking.’, he said. Afterwards, tokens of appreciation were given to all the dignitaries and following that, the stage was open for felicitations.

With the Vote of Thanks delivered by the Joint Secretaries for the year 2020/21, Rtr. Aqeelah Basheer And Rtr. Tashya Wickramarachchi, the remarkable and delightful occasion was concluded for refreshments and continued fellowship.

Editor’s Note : It’s quite commendable that RACICBT put their words into action on that very day itself by cutting down the ceremony budget by half to fund an orphanage dinner in Kalutara, yet somehow managed to offer a unique choice of refreshments (Pol Roti) for the participants. Hats off to an impressive start!

It was indeed a great delight for the Rotaract Club of University of Colombo, Faculty of Management and Finance to be part of this glorious ceremony and would like to extend its heartiest wishes to Rtr. Basharath Isamath and his  Board of Directors for yet another superb year ahead! 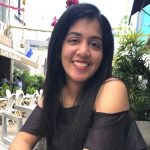 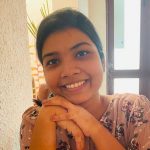