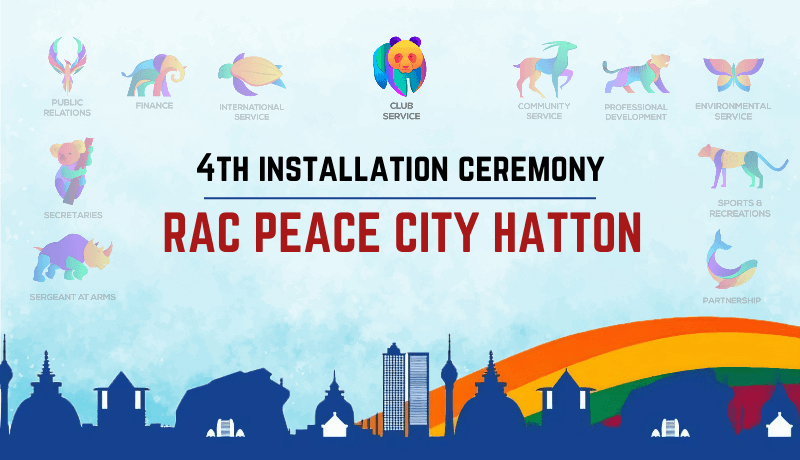 Posted at 20:24h in Installations, Others, Uncategorized by rcuocfmfadmin 1 Comment

Marking the inception of another year of service, the 4th Installation Ceremony of the Rotaract club of Peace City Hatton was held on the 23rd of August 2020 at the Green Hill Retreat Centre in Kotagala from 10.00 a.m. onwards. Rtr. Venuka Batagoda, Rtr. Amaana Sufiyan and Rtr. Tharusha Rushani from RACUOCFMF virtually represented the club by witnessing the entire ceremony which was broadcasted live through the official Facebook page of RACPCH.

The installation proceedings were commenced with the traditional oil lamp being lit by the dignitaries and after the house was called to order by the Sergeant-at-Arms, all rose for the national anthem which was then followed by the conventional formalities; the Flag Salutation, Rotaract Invocation, Four Way Test and the Rotaract Song.

Following the welcome speech by Rtr. PP Thiyagaraja Vibanjini, the Secretary’s report for the year 2019/20 was presented by Rtr. Shan Glingtan in which he mentioned that the club had successfully initiated and executed 29 projects across all avenues during the year including 12 Community Service projects, 2 Public Relationship  projects, 4 Club Service projects, 1 Finance project, 3 Personality Development projects, 2 Environmental Service  projects, 3 International Service projects, 1 Peace and Reconciliation project and the Rotaract Day Celebration. Towards the end of his address he shared on the screen, an impressive video clip which arose a wave of nostalgia by bringing back a set of wonderful memories of the past year.

Then the Outgoing President Rtr. IPP Raja Pathmasridharan addressed the gathering by sharing his incredible experience throughout the year and was grateful to everyone who extended their valuable support and their utmost dedication in making the past year a success. He also confidently mentioned that the Incoming President Rtr. Shan Glingtan and his exceptional board would take the club to greater heights. 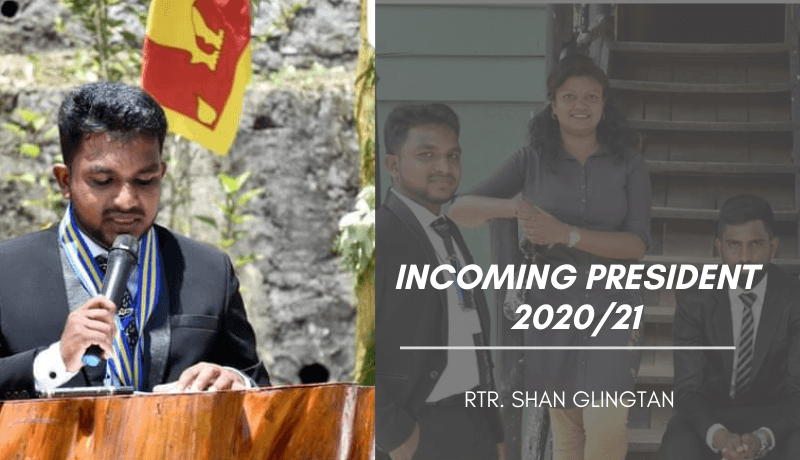 Then the newly inducted president Rtr. Shan Glingtan addressed the gathering and briefed the audience with his plan for the year. “Spread positivity in everything you do and I challenge that we can make positive differences in the community, the country and to the world”, he said to the audience pledging that he would work to the best of his abilities in paving the path for the club to reach greater heights. He concluded his speech by introducing his Executive Committee and Board for the year 2020/21 by giving enthralling introductions to each and every individual. 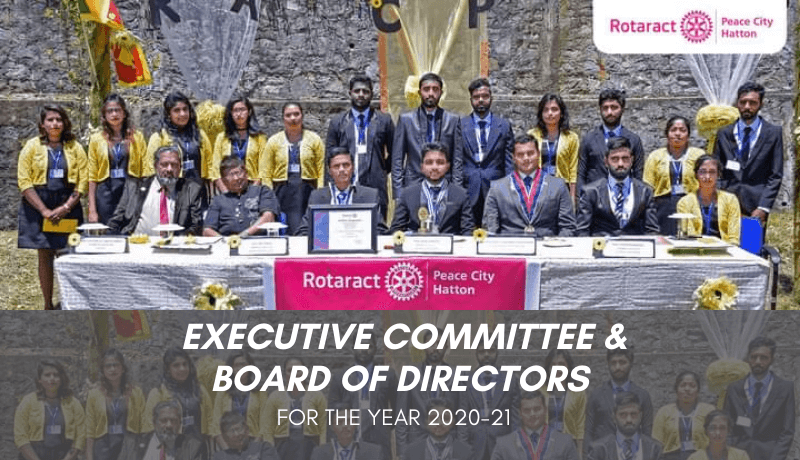 Subsequently, few dignitaries enlightened those present with insightful speeches and the first to address the gathering was the District Rotaract Representative Rtn. Kasun Sigera. He appreciated the strong bond between the members and conveyed his wishes to Rtr. Shan Glingtan and his board for a successful year ahead and invited all Rotaractors to come forward and join hands together to strive as one.

Then, the Co- District Rotaract Committee Chairperson for Nuwara Eliya Rtn. Jude Surenthran delivered his speech congratulating the newly appointed President and Board of Directors and recognized and appreciated the tremendous efforts of the Outgoing President Rtr. Raja Pathmasridharan and his board.

Next in line was the speech by the Guest of Honor Rtn. PHF IPP Raj Rajalingam. He started off by explaining how special this club was to him and also was thankful to the Outgoing President Rtr. Pradmashidaran for managing and executing all the projects promptly while maintaining the bond of the club. He congratulated the newly appointed President and the Board of the Directors and then presented tokens of appreciation to the Outgoing President Rtr. Pathmasridharan, Rtr. Ramala and Rtr. Danushan in recognition of their remarkable service towards the club in the past year.

The Chief guest Rtn. PHF PP Sekar Perianna, who is the President of their sponsoring club, Rotary club of Wattala, then addressed the gathering. He congratulated the club for their journey, wished them luck for the new term and also emphasized that Rotaract is a platform to inculcate the value of community service and exclusively connect with the community. 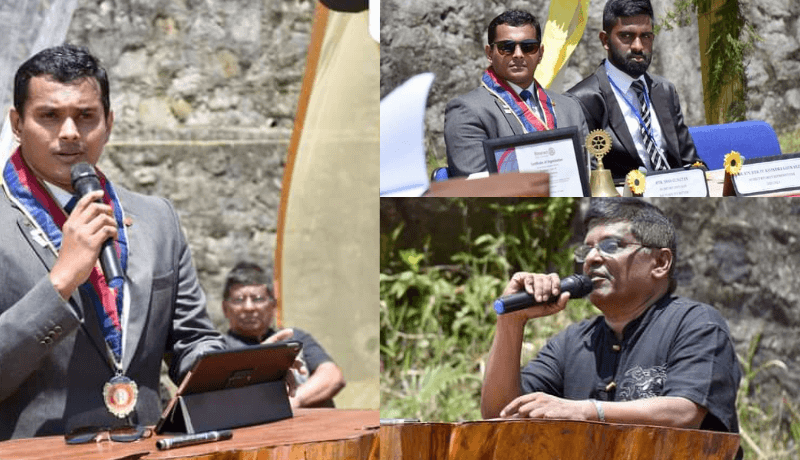 Subsequently, the dignitaries were presented with tokens of appreciation while the Outgoing Board of Directors were felicitated for their remarkable service and tokens for Spirit of Service were also awarded to the club members who made an immense contribution in the past year. After handing over the tokens of appreciation, the floor was open for felicitations.

The 4th installation ceremony of the Rotaract Club of Peace City Hatton, a phenomenal event of the club, was concluded with the Vote of Thanks delivered by the Secretary for 2020/21 Rtr. Manusamy Ramala. Later, President Rtr. Shan Glingtan was invited to officially adjourn the ceremony followed by a session of continued fellowship, bringing the outstanding event to an end.

It was a great pleasure for the Rotaract Club of University of Colombo, Faculty of Management and Finance to have been part of this graceful event and would like to extend its heartiest wishes to Rtr. Shan Glingtan and his Board of Directors for a great year ahead! 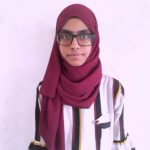 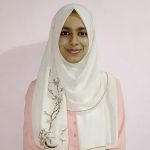