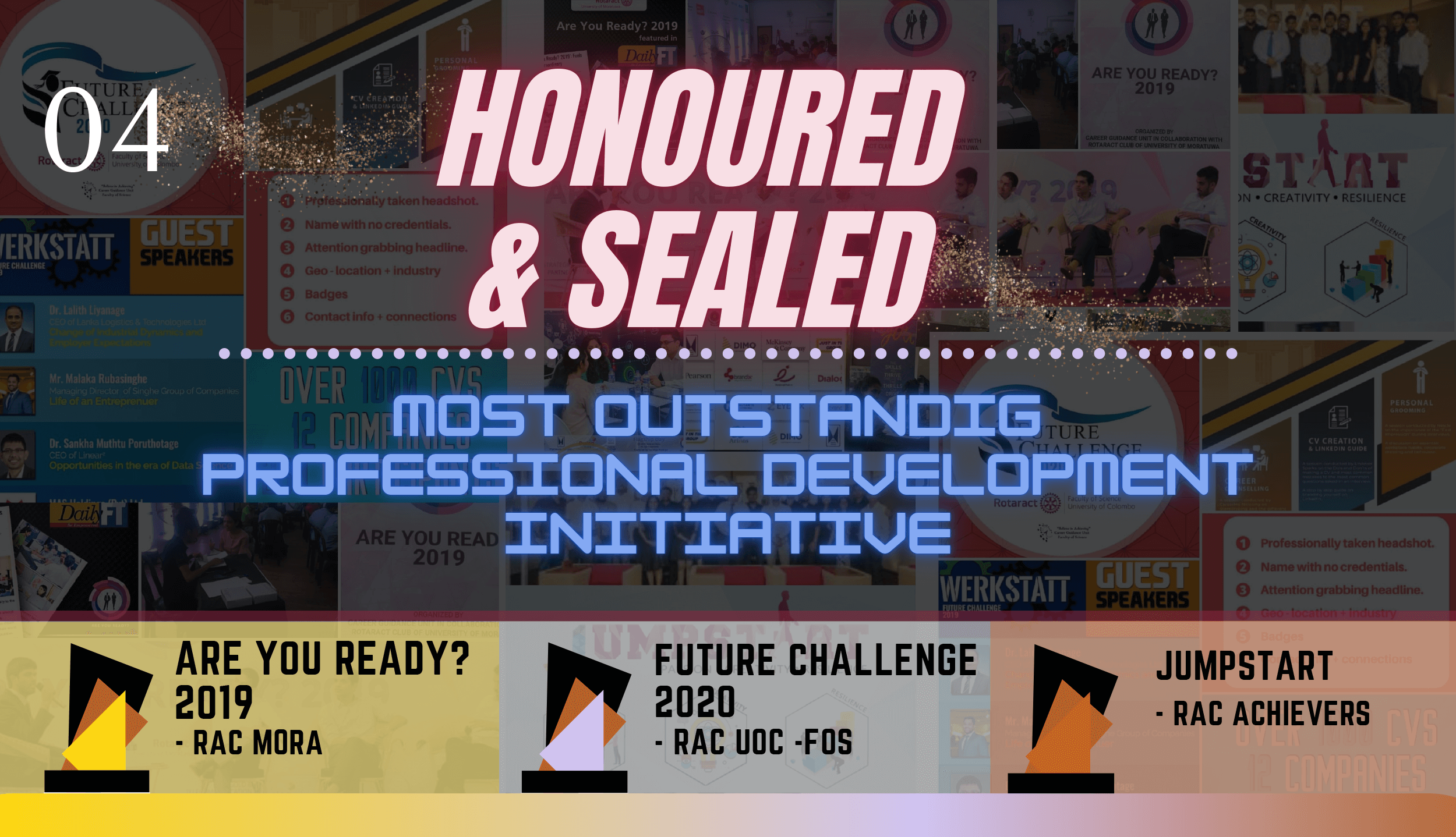 Posted at 19:26h in External Club Events, Others, Uncategorized by rcuocfmfadmin 0 Comments

People with high academic knowledge also require the perfect mix of professional skills. And Rotaract ensures that the youthful community in the movement bring out their inner potential and capabilities. Even a tiny change in the attitude and the confidence level of individuals can have an enormous impact on their personality. The following three projects were recognized at the 30th Rotaract District Assembly for creating an enormous impact in molding youngsters thus enabling them journey towards their vision and dream destinations in life. 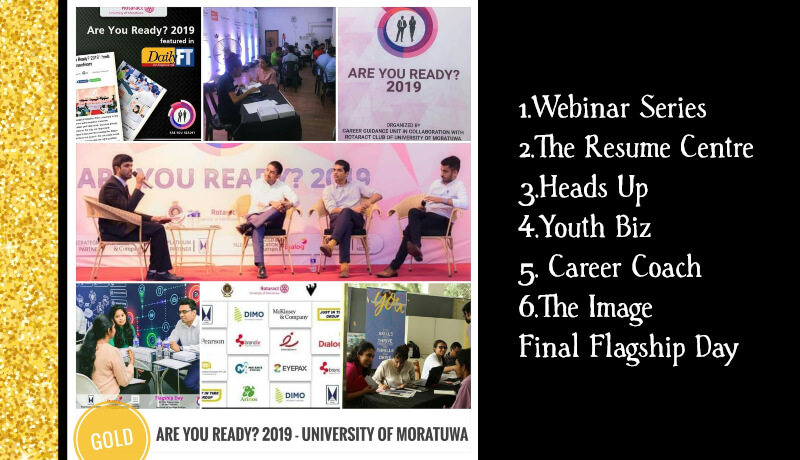 The official career fair “Are You Ready? (RUR)” of RACUOM, which is also known as the Flagship Day was held on 25th of October 2019. With the participation of more than 40 leading corporate companies including John Keells Holdings, McKinsey and Company, Dialog, LSEG Technology, Brandix, Yaala Labs and IKON Marketing, 6 carefully curated preparatory sessions were hosted for 100’s of enthusiastic undergraduate participants before the Flagship Day. These sessions covered imperative areas of career building such as, Resume and C.V preparation, Personal Branding, Entrepreneurship and Start-Ups, Adapting to the modern corporate environment, Preparing for case interviews and so on.

More details can be found on their blog https://blog.rotaractmora.org/tag/professional-development/
OR at http://www.areyouready.uom.lk/about.html

Contd: Two weeks after ARE YOU READY 2019, Co-Chair of the Project, Rtr. Samila Imbulana had received a phone call from an unknown young undergraduate from the University of Moratuwa. He had called to say that, he had received a job offer from a popular corporate bank starting with a basic salary of 80,000 rupees for which he was extremely grateful. The story doesn’t merely end there. This young undergraduate had also said that, even though 80,000 rupees might seem nothing much to some, it meant a lot to him since he was shouldered with the immense responsibility of looking after his family as the eldest son. In Rtr. Samila’s words, this is what the undergraduate who fulfilled his dream of landing a job, had to say to him at the end of the call; “Malli. I can’t give you much. But I hope I can sit down with you one day and have a cup of plain tea, with you.”

Very often we hear such tales from projects executed under the Avenue of Community Service. But this story undeniably is a perfect example of why we have a separate Avenue dedicated for Professional Development within this beautifully impactful movement - Rotaract. We don’t just build houses, schools and villages. We build people’s careers. We build people’s lives. 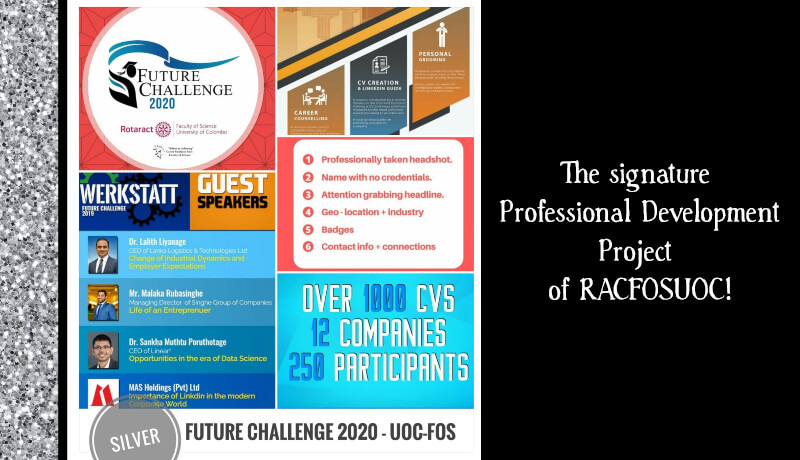 “Future Challenge 2020”, the official career fair of the University of Colombo was held for the 15th consecutive year on the 11th and 12th of March 2020 at faculty premises and was organized by the Rotaract Club of University of Colombo Faculty of Science in collaboration with the Career Guidance Unit. The project was conducted with the objective of ensuring that the leap from higher education to one’s professional field would be an informed and inspired transition. The tri-phased project comprised a career development workshop – WERKSTATT ’20, a series of mock interviews and finally a career fair. WEKRSTATT ‘20 specifically focussed on, CV Creation, LinkedIn, Career Counselling, Personal Grooming & Corporate Behaviour. 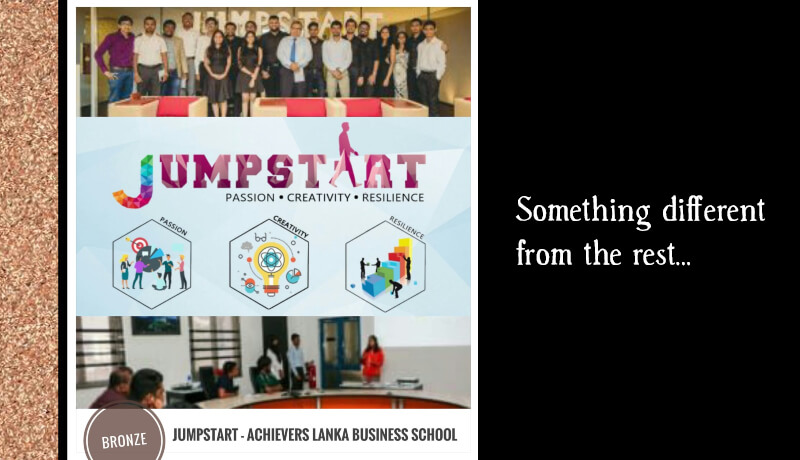 JUMPSTART was organized by the Rotaract club of Achievers Lanka Business School for the 3rd consecutive year with the intention of bringing ideators, start-ups and the investors together onto one platform thereby fuelling the start-up ecosystem in the country. The participants of this competition received finances for start-ups, won prizes through competitions and gained profound knowledge through a series of workshops covering areas such as pitching, finance and bookkeeping, marketing, fundraising, supply chain, PR and branding.

5 deserving teams/individuals from nearly 40 teams aced it to the Finals – The Pitch It! Win It! round and upon the requests of the judges, two more teams were given golden buzzers. These finalists were also given a realistic business case scenario to solve within a very short time span. The finals also featured a shark tank round where the growth-stage start-ups presented their business to a panel of investors who eventually provided the contesting teams/individuals with investments if they were convinced that ideas pitched were worthy of being invested in!

These projects executed by each and every club have encouraged us all to think and work like a professional capable of thinking on one’s feet. Well, afterall who would choose to learn boring theories when you can actually find the right platform to gain knowledge from novel and practical experiences? And as we always say, it’s beyond competing for awards! This category of awards too is yet another driving force for clubs to Strive as One! 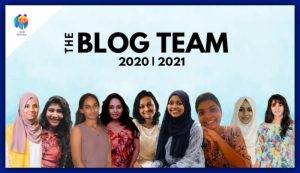