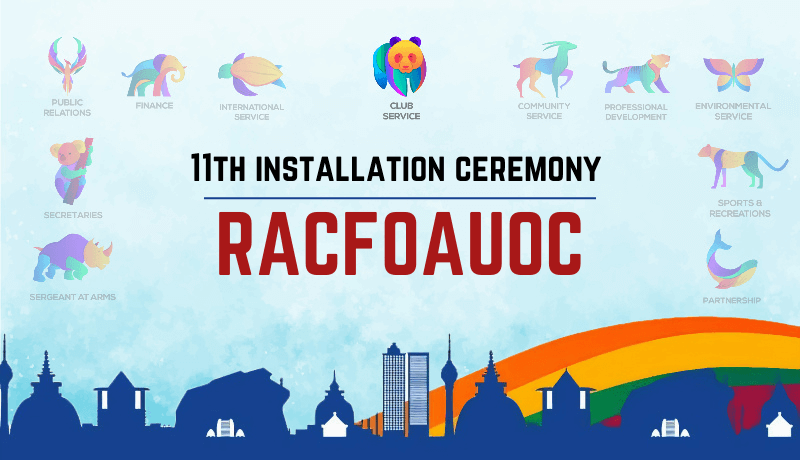 12 Dec 11th Installation Ceremony of the Rotaract Club of University of Colombo, Faculty of Arts

Posted at 20:14h in Installations, Others, Uncategorized by rcuocfmfadmin 0 Comments

The proceedings began when the traditional oil lamp was lit by the dignitaries. Soon after the traditional ceremony, they were seated at the head table and the house was called to order by the sergeant at arms, Rtr. Sachini Navodya, followed by the National Anthem, Rotaract invocation, Flag salutation, Four-way test, and the Rotaract song.

Shortly after the Rotaract formalities, the gathering was welcomed by the project co-chairperson Rtr.Sulakshi Amarasekara and then the Secretary’s Report for the year 2019-20 was presented by the Outgoing Secretary Rtr. Haadiyah Marikar, reminiscing the memories from a year well spent.

Afterwards, the Immediate Past President Rtr. Rasanjanee Polgampala, shared the novel experiences and memories she gained while serving as the 10th president of the club throughout the past year. She seized this opportunity, to thank her board of Directors, friends, and family for being with her and supporting her through thick and thin, and to appreciate the members of the club who worked with utmost commitment throughout the past year.

Then, the service letters were handed over to members who worked hard for the achievements and the goals of the club, by the Chief guest, the dean of the Faculty of Arts of the University of Colombo, Senior Prof. Premakumara De Silva. 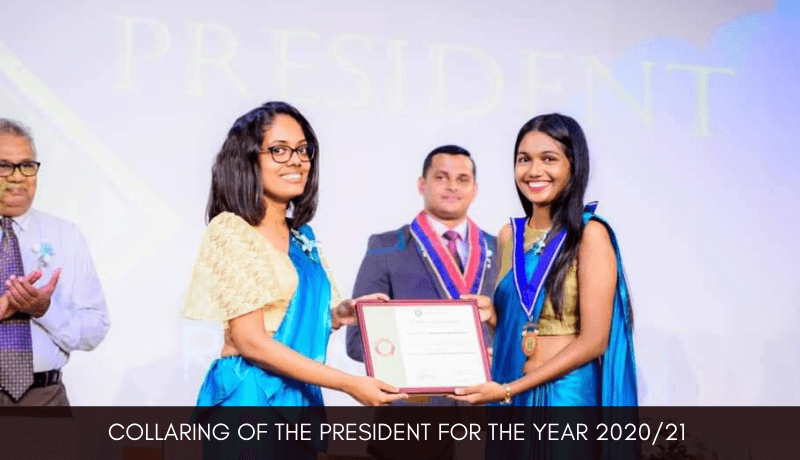 After the Incoming President addressed the audience with an inspirational speech and towards the end of her address, the board members for the year 2020/2021 were introduced and each of them were called onto the stage to receive their letter of appointment. 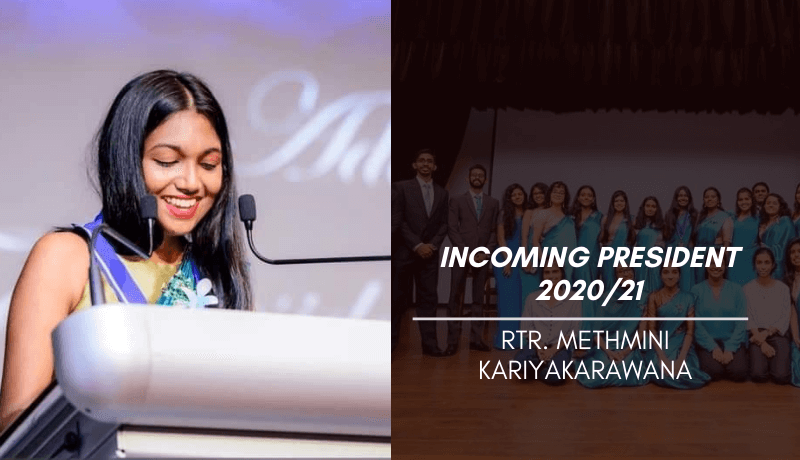 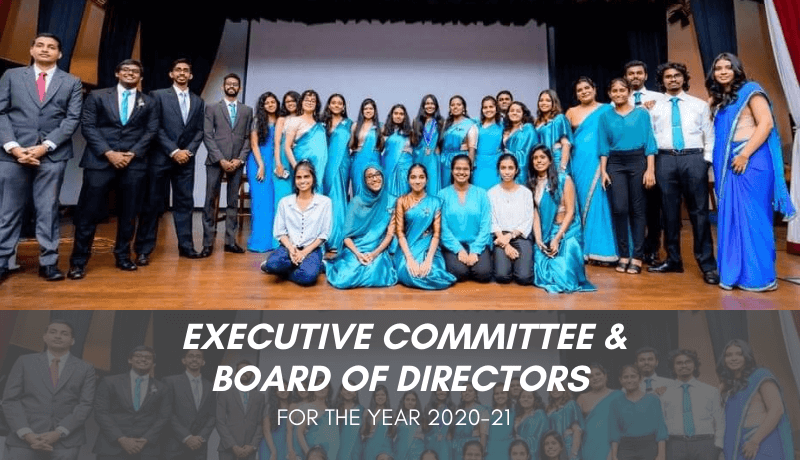 The next event on the agenda for the day, was the speech of the District Rotaract Representative Rtn. Rtr. PP Kasun Sigera, where he appreciated the projects which were carried out in the past year and congratulated the newly appointed Board. Then the audience was blown away by a breathtaking entertainment session which was performed by non-other than a few of their very own talented members. 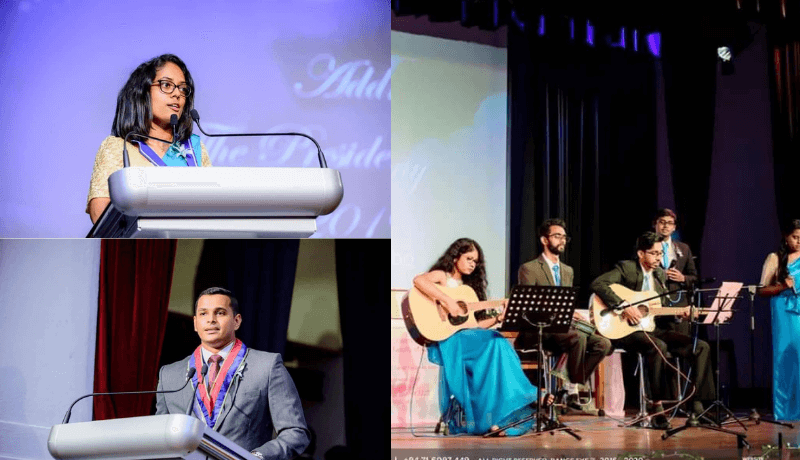 Following the speeches delivered by the Guest of honor, the President of the Rotary Club of Colombo Uptown, Rtn. Paul Harris Fellow, Vishwa Lokugamage, and the Chief guest Prof. Premakumara De Silva, Tokens of Appreciation were presented to the dignitaries and then the stage was open for felicitations. This memorable evening came to an end with the vote of thanks delivered by the incoming secretary Rtr. Dewni Gallage.

The Rotaract Club of the University of Colombo, Faculty of Management and Finance (RACUOCFMF) extends its warm wishes to Rtr. Sanduni Hettigoda and her board for a splendid year ahead! 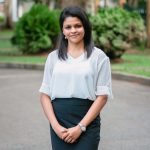 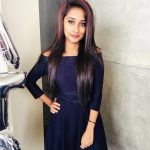 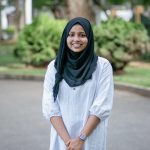