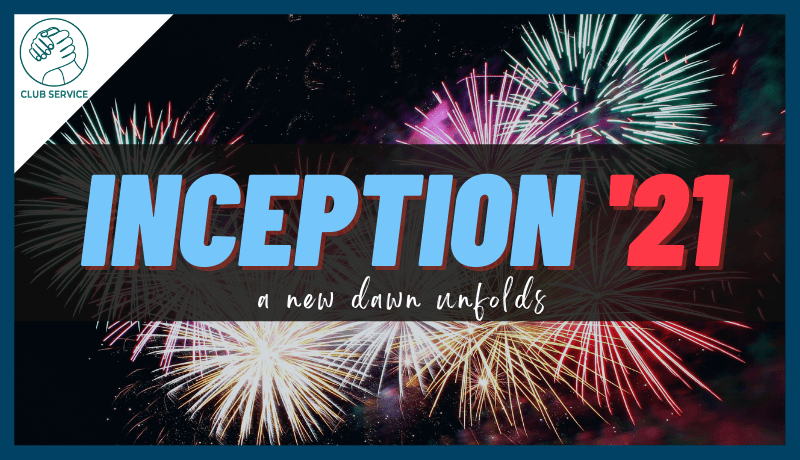 “INCEPTION” the Annual Induction of the Rotaract Club of University of Colombo, Faculty of Management and Finance, was held from 19th July to 26th July 2021 with over 250+ participants. Due to the prevailing situation in the country, physical meet-ups were impossible. Hence, it was held entirely virtual similar to the previous year, proving the saying “No matter what, life goes on”.

Prior to the first day of induction, 20 sub-groups were formed, where each group was led by two fantastic group coordinators, who were also proud board members of RACUOCFMF for the year 2021-22. Each group appointed a leader and was advised to pick a creative name for them, which resulted in super cool names being picked such as; ගැම්මක් තමයි, අපි තමයි හොඳටම කරේ, ගිරි පුර ඇත්තෝ, සූර වීර potatoes and 2Good4U etc.

“Let’s talk”, the first day of inception was held on 19th July and each group had their meetings in different time slots that were convenient for them. As the name of the day suggests, participants interacted with each other on this day, mainly introducing themselves to other group members to give them a clear idea of who they are and their interests. Exceeding the barriers of a virtual event, participants got to see each other and got to know people from all around the island, which was super exciting. Each group was informed about the video competition and blog writing competition by the respective group coordinators. The first day ended like that leaving newbies very excited for the next day of Inception. 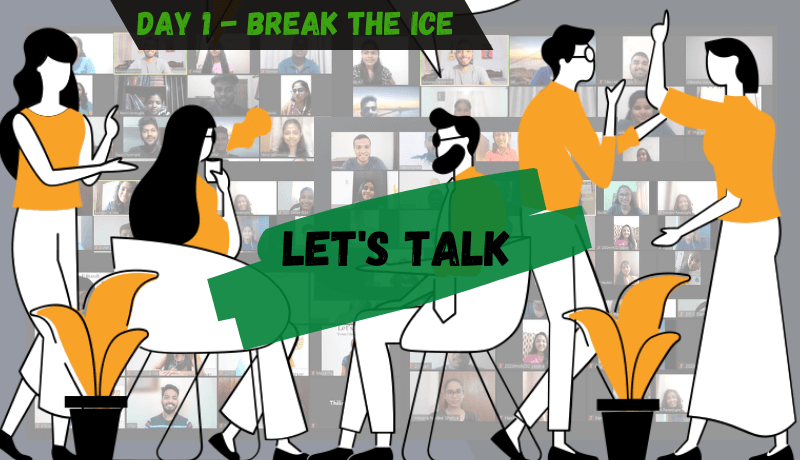 21st July was the second day of Inception which was named “Battlegrounds”. It was an amazing day to recall where each group got to compete with another group and points were granted for the performance. An Emoji Quiz and answering the questions formed based on previously written blogs of RACUOCFMF were fun games in which newbies got engaged with so much enthusiasm and dedication. All team members in every group worked tirelessly to gather points as much as they can for their team. It was such a fun-filled day that bonded the group members more, just like that the second day was successfully concluded. 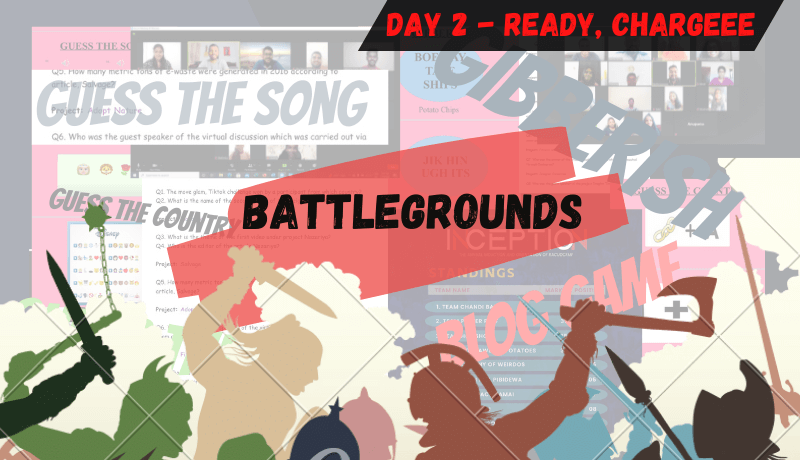 The 3rd and final day of Inception, “Orientation” exceeded the expectations of many as it marked a grand closure to this exciting project on 26th July 2021. All the newbie Rotaractors were kept on their toes with many entertaining events. The day kick-started with a welcome address by the president of the club Rtr. Arshad where he successfully made all the participants fall in love with the Rotaract movement. This was followed by another inspirational address by the secretary Rtr. Oshadi. The EXCO and the BOD of RACUOCFMF were introduced to the newbies via extremely entertaining videos, which left each newbie with a smile across their face and a train of thoughts about how exciting their futures in this movement be. 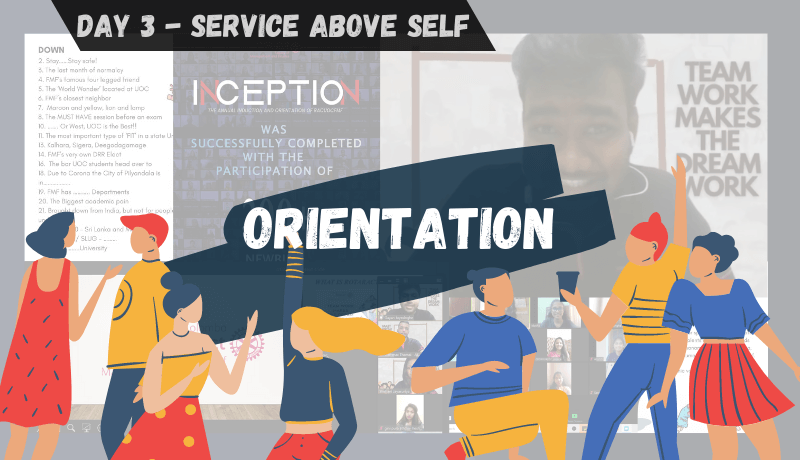 Next up, each avenue of Rotaract was introduced and explained. This was followed by beautifully drafted presentation slides, that contained special occasions of the previous year, through which a slight impression of the club was created. The event took a more serious turn as Rtr. Arshad and Rtr. Oshadi explained the requirements for this quarter. This was supposed to be a serious discussion by the book, but here at RACUOCFMF, even serious discussions pack a punch. The next event on the agenda was a crossword puzzle for the teams. Competitiveness in this round was sky-high as every team knew this was their last chance to climb up the ladder on the scoreboard. Everyone then returned from the breakout rooms to the main session to witness the extraordinary talent of Rtr. Shaheni, Rtr. Kalani and Rtr. Mindya who entertained us with their soothing voices. 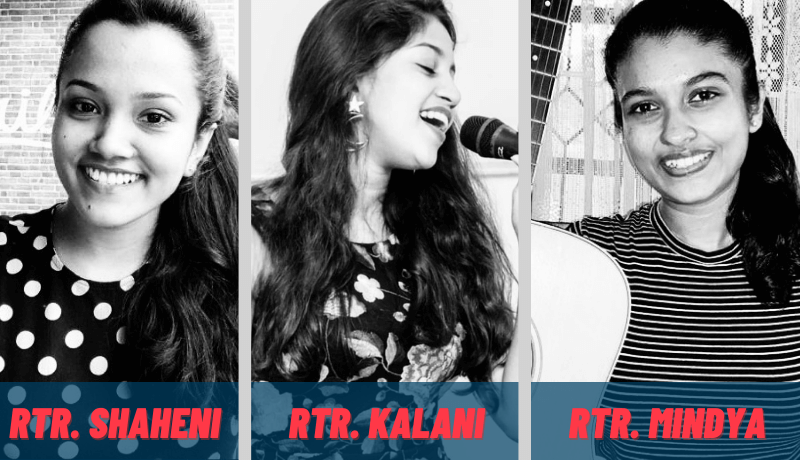 Up next was undeniably the most anticipated moment of the whole event. Sure, knowing the overall championship is cool but knowing who won the video contest was nerve crackling. All teams put in more effort than they’ll ever put into a final exam and that’s for sure. All video submissions were immensely creative and attention-grabbing. Sure enough, the judges had a tough time selecting 3 out of the many submissions. Best of the best was determined and 3rd place was won by team ගැම්මක් තමයි, while 2nd place went to Team Dynamites. Outdoing everyone, team අපි තමයි හොඳටම කරේ won 1st place in the video competition. Everyone was now on the edge of their seats to know who won the 'Overall Championship'. After a couple of minutes of excruciating suspense and teasing by the host, the winners were announced. 1st Place on Inception was secured by team අපි තමයි හොඳටම කරේ, 2nd place by ගැම්මක් තමයි and 3rd by team HotShots. Sarcastically the team ‘’අපි තමයි හොඳටම කරේ’’, තමයි හොඳටම කරලා තිබ්බේ. 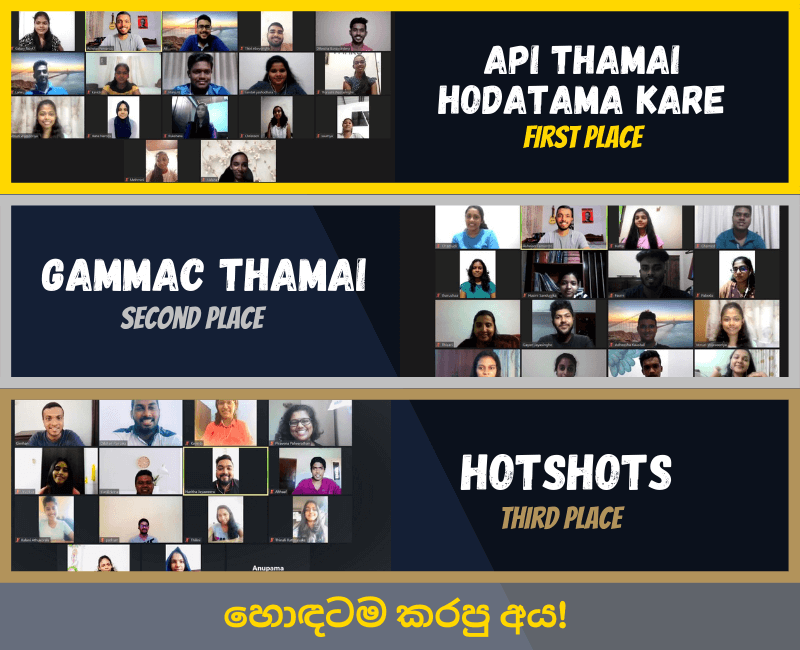 A wonderful event that created everlasting memories for many novel wannabe Rotaractors; Inception came to a grand closure following the feedback of some of the participants. With the engagement and enthusiasm of 250+ participants involved, RACUOCFMF embarked on a promising journey for the coming year of 2021-22.

Needless to say, our wish last year was to hold this year’s induction physically, which indeed became an unfulfilled fantasy. Hopefully next time!!! 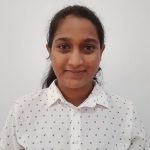 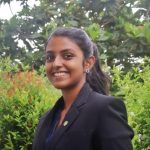 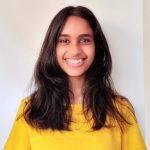