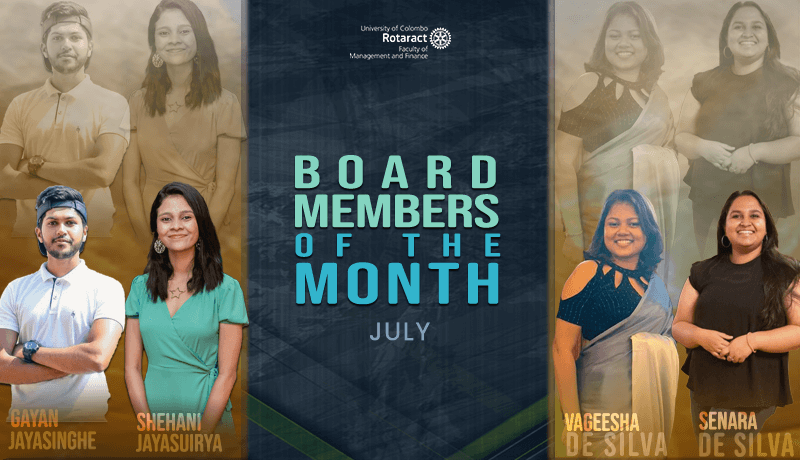 Posted at 12:30h in Rotaracter of the Month, Series, Uncategorized by rcuocfmfadmin 0 Comments

You would have heard that the club made history as we inducted 240+ members in a single intake!! But have you heard of the duo that made it all possible? Working tirelessly day and night overlooking over 20 induction groups were Rtr. Gayan and Rtr. Shehani striving to make the impossible happen. The duo ensured that they came up with creative activities to break the ice, and ensured that all prospective members have a great time promoting the true spirit of fellowship.

It also takes a certain degree of courage to stand up for one’s perspective rather than simply agreeing to what is been told. This duo certainly exhibits that trait as they are brave enough to stand for what they think is best for the club and strive to ensure the club reaches better heights.

We at RACUOCFMF are proud to have such remarkable directors like Rtr. Shehani and Rtr. Gayan and we hope that the two of you would take the club to greater heights.

Overlooking 392 kids and listening to them whine and ensuring you bring the best of out them is indeed an impossible task. This duo Rtr. Vageesha and Rtr. Senara plays the motherly role of overlooking the

kids and makes the impossible happen.  From extending their support at the induction and ensuring the club’s internal and external event participation is at a remarkable level the duo works tirelessly for the betterment of the club.

To any current FMFer reading this we are certain that you would have at least received a text from one of them checking up on how you’re doing and reminding you that you’ve got some dues :P. The bond the two of them share is quite special as they spread positivity at all times and for a fact, you’ll rarely see them whining.

We at RACUOCFMF are proud to have such enthusiastic directors like Rtr. Vageesha and Rtr. Senara and we hope that the two of you would take the club to greater heights. 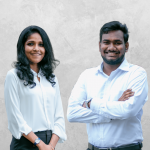