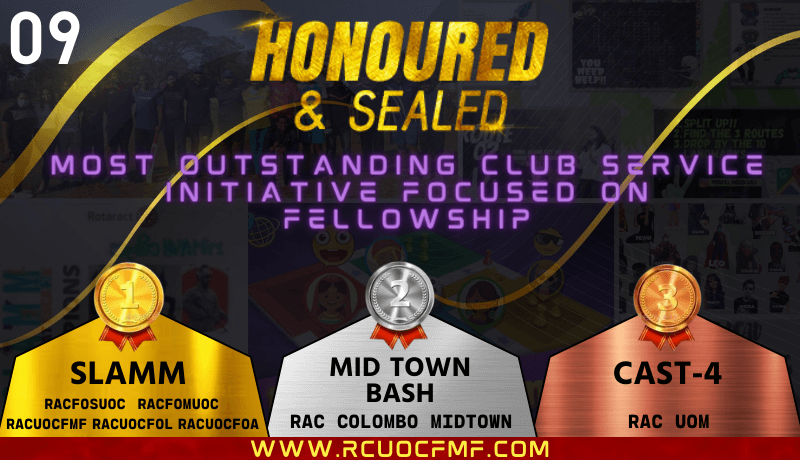 Posted at 00:44h in External Club Events, Others, Uncategorized by rcuocfmfadmin 0 Comments

With a strong sense of togetherness and companionship, all the members strive together to achieve the shared goals. Fellowship is the most beautiful aspect of Rotaract's journey since it allows members to share their joy and sorrow while also making incredible experiences and everlasting memories. With its creative and exhilarating events, the Club Service avenue has never failed to make us delighted. Despite the changes and challenges, they confront; they engage together as one to influence lives with their inspiring endeavours. This article serves as a tribute to the projects that were recognized and awarded at the 31st Rotaract District Assembly under the category of "Most Outstanding Club Service Initiative focused on Fellowship".

Proving the power of companionship at its most, SLAMM, the annual entertainment event organized by the five Rotaract clubs of  University of Colombo was able to lock in the gold award of the category. This edition of SLAMM which was held by the name, The Great Escape, was undeniably a fun-filled experience that came into action because of the harmonious joint efforts of the Rotaract Clubs of Faculty of Science, Faculty of Law, Faculty of Arts, Faculty of Management and Finance and the Faculty of Medicine. 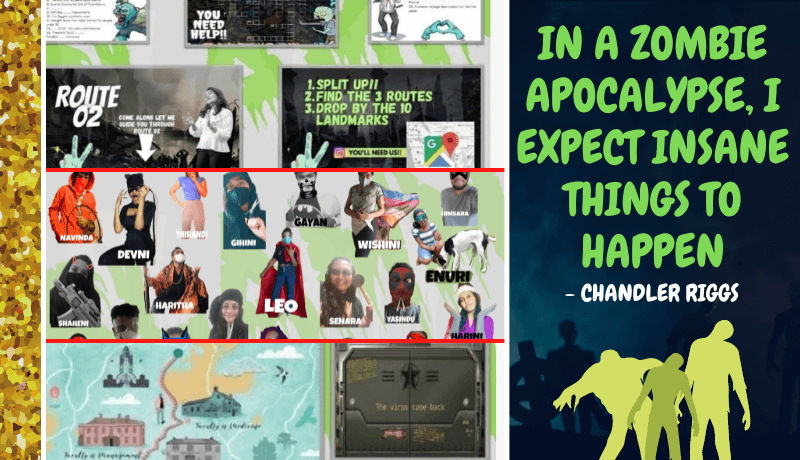 Unlike the previous years, even though the event was held through virtual platforms, it served nothing but the best for the participants. From solving puzzles to the riddles to the hidden maps and clues, The Great Escape created a one-of-a-kind virtual treasure hunt experience that had all its participants at the edge of their seats until the very end. The strongly established fellowship among the organizing clubs is evident for the success of the longstanding legacy of SLAMM.

Mid Town Bash is a bat and ball game organized by the Rotaract club of Colombo Mid Town. The second edition of the Inter Mid Town Cricket Tournament was held on the 20th February 2021 at the CGR grounds, Ratmalana. The teams featured by Rtr. PP. Ifraz, Rtr. PP. Insaf, Rtr. IPP. Nipun and Rtr. PP. Hussain was appealingly named as MidTown Tuskers, Insaf's Tyrants, Nipun's Elite Squad, and Hussain Gangsiya respectively. This time, players were selected through an auction, enabling them to choose the best out of the best. The tournament kicked off with the battle between Nipun's Elite Squad and Hussain Gangsiya, where Nipun's team won by 18 runs. During the second match, Insaf's Tyrants gained an easy victory over Mid Town Tuskers by 42 runs. 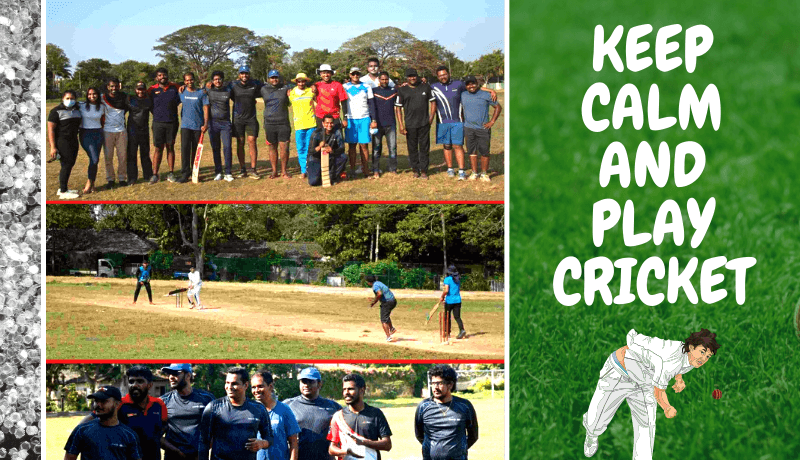 Insaf's Tyrants easily set foot in the finals with their invincible performance in the group round. Furthermore, Nipun's Elite Squad joined hands with them as the next outstanding team. Prior to the final, The Rotaract Club of Colombo Mid Town played an exhibition match with the District Committee, changing their opponents for a moment.

Nipun's Elite Squad won the toss and elected to ball first in the finals. The performance of Insaf's Tyrants was unsurpassed throughout the match where they smoothly claimed the trophy of the Mid Town Bash. Moreover, Rtr.PP. Insaf made it a double celebration, being crowned as the man of the finals. At the end of the day, the delighted cricket Picco headed home on a happy note.

The 'CAST4' initiative is a friendly and fun-filled chapter organized by the Rotaract Club of the University of Moratuwa with the sole purpose of promoting fellowship and membership development. It was a fantastic opportunity for current and potential members to connect, collaborate and enjoy the blissful moments. On May 16th, 2021, the project was conducted virtually via the CAST4 game portal and Facebook. Members were divided into four houses and named the houses in the Game of Thrones. This program made it easier for new club members to familiarize themselves with the culture of the club. 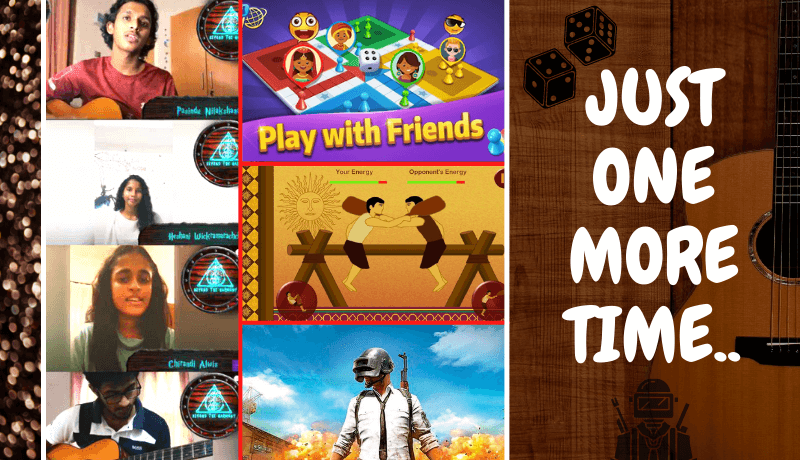 Two subprojects, e-sports championships, and online awurudu, were carried out as part of CAST4. The tournament featured three fascinating games: PUBG Mobile, Call of Duty, and Valorant. It encouraged newbies to explore and expose their hidden talents while also battling for their house's victory. This tournament grabbed the members' attention since it was exciting and promoted real game spirit.

While everyone was trapped at home due to the pandemic, the project Online Awurudu, which is a virtual Sinhala and Tamil new year celebration, provided an opportunity to enjoy the joyous moments and to celebrate the glory of spring. Culture can only exist if it is put into practice. Accordingly, they have digitally launched six of the best traditional awurudu games, contributing to the preservation and passing of the culture to the future pillars of society. Despite the fact that the emotions shared, and the experiences gathered in physical settings are less in virtual settings, there is no doubt that this endeavor is one of the greatest given the circumstances.

Thank you to all fellow clubs and fellow Rotaractors for providing us with the details. Stay tuned for the tenth article of this novel series.