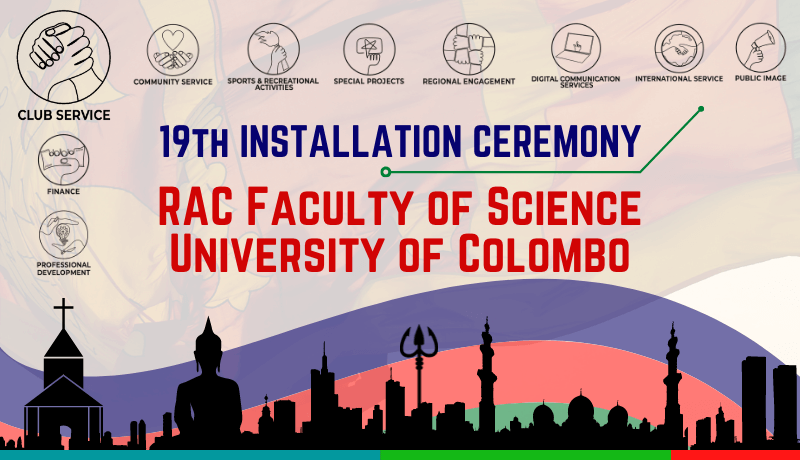 Posted at 21:22h in Installations, Others, Uncategorized by rcuocfmfadmin 0 Comments

The Rotaract Club of Faculty of Science, University of Colombo led their way to another magnificent year with their 19th Installation Ceremony which was held on the 16th of October 2021 at 2.30 pm through Facebook live.

The ceremony was officially commenced after the house was called to order by President 2020-21, Rtr. Adheeban Gowrishankar and started off the event with the formalities following the Flag salutation, Rotaract invocation, Four-way test and the Rotaract song.

Up next was the cordial welcome by Rtr. Buddhima Senarathne, the project chairperson and the Joint Director for club service for 2021-22. He expressed his honour and gratitude to everyone for their honorary presence to witness the memorable occasion.

Afterwards, the outgoing secretary, Rtr. Damindri Herath presented the secretary's report for the year  2020-21. She was pleased to reveal the conquering projects of over 35 and the Club's first-ever member award ceremony, "Hall of fame", organized by the collective efforts of the outgoing Board of Directors. She also detailed the Club's nominations for four winning awards at the 31st Rotaract District Assembly.

The outgoing President, Rtr. Adheeban Gowrishankar addressed the gathering for one last time. He shared his thoughts by saying that "service" was one of the most said words by others to explain what Rotaract means. He also shared how his first impression of Rotaract has changed by joining hands with RACFOSUOC and how it has ultimately paved the way to become the club President. 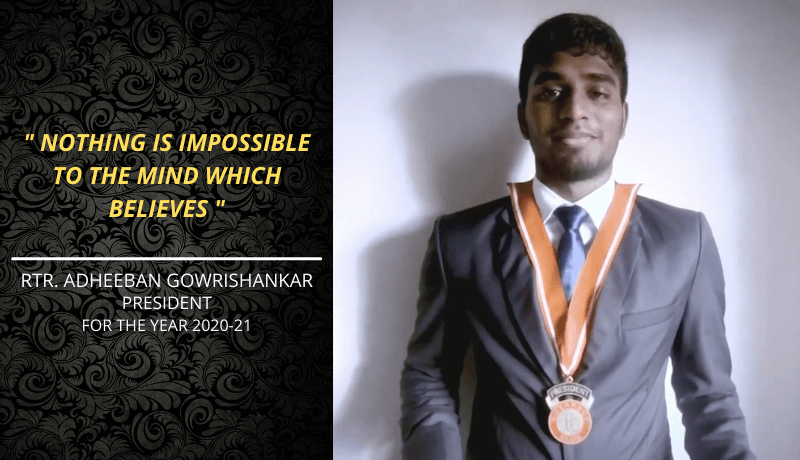 Next on the agenda was the speech by the Joint Director for professional development for the year 2021-22 of the Club Rtr. Susara Ouchithya and he gave a glowing introduction of the new commander in chief, Rtr. Pramudi Rajamanthree.

Following that, the Incoming President, Rtr. Pramudi Rajamanthree shared her thoughts on the screen. She explained how we all tend to distance ourselves from our friends, family, and loved ones, but we undeniably need one another to survive. Further, she introduced the new theme for the year, "united for a better world" and how the Club will strive to spread happiness and strength to everyone in need this year. 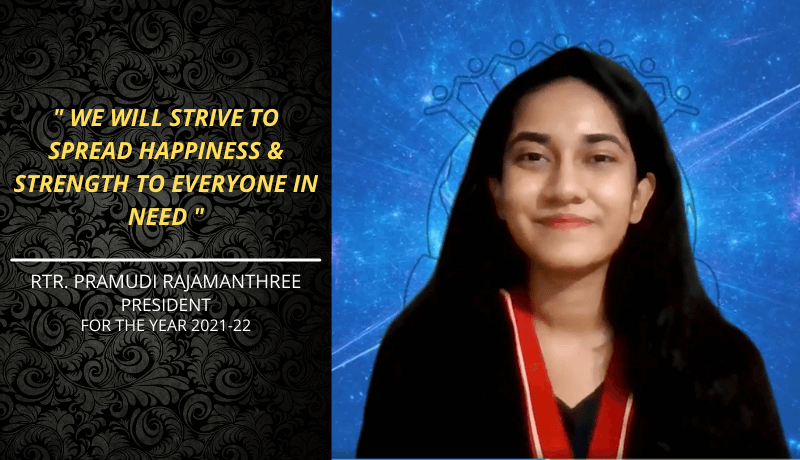 Next, she Introduced the future backbone of the Club, the Board of Directors for the year 2021-22. 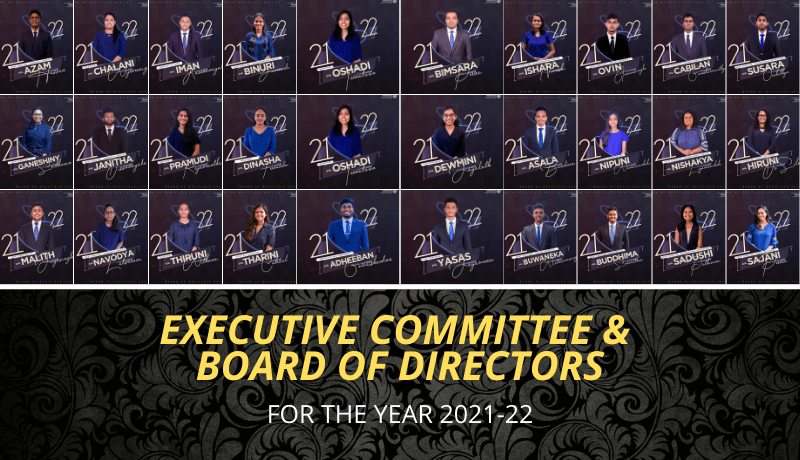 Followed by the speech of the District Rotaract chair and club youth adviser, Rtn. PP. PHF. Marshad Barry, the District Rotaract Representative, Rtr. Rtn. PP. Akhila Wijethunga shared a wonderful memory of an interaction that was made with the Club back in the day when he was a member of the RACUOCFMF. He expressed how Rotaract had been the way of building lifelong relationships and friendships. 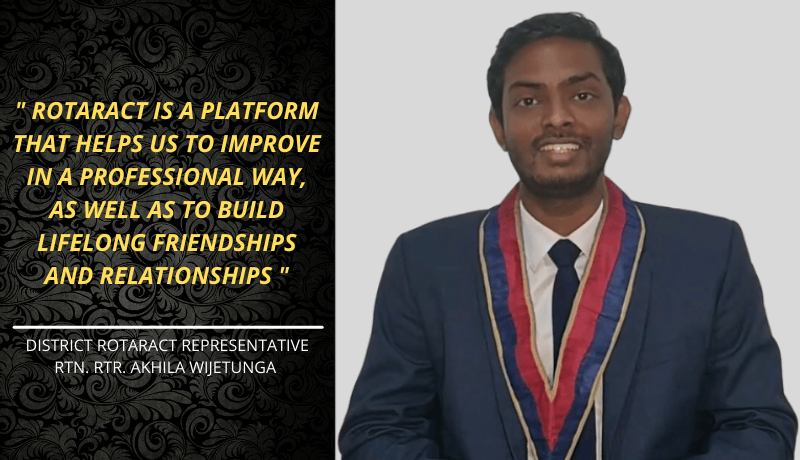 Next, Rtr. Ashen Ranaweera was next on the screen to get us all humming along with his harmonic song.

After that, the event was next taken up by the remarks of District youth service chairperson Rtn Dr. Rohantha Athukorala and the President of Rotary Club of Colombo Downtown for the year 2021/22- Rtn. Lasantha Perera. Following that, the chief guest of the evening, Dean of the Faculty of Science, University of Colombo, Senior Professor, Upul Sonnadara addressed the gathering.

At the end of the ceremony, the floor was opened for felicitations, and there were many more greetings from other Rotaract Clubs. 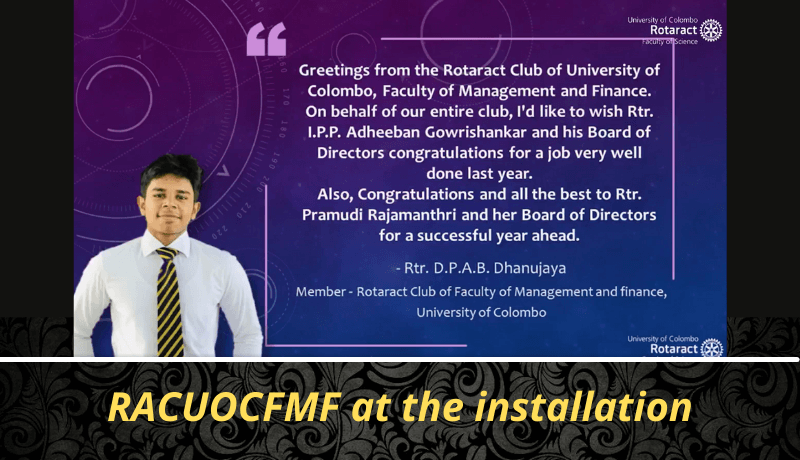 The remarkable ceremony came to a closure with the vote of thanks being delivered by the newly appointed secretary, Rtr. Oshadi Thennakoon.

The Rotaract Club of University of Colombo, Faculty of Management and Finance (RACUOCFMF) would like to extend its warm wishes to Rtr. Pramudi Rajamanthree and her Board for their upcoming journey they just embarked upon! 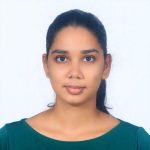 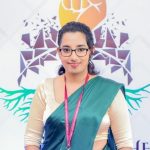