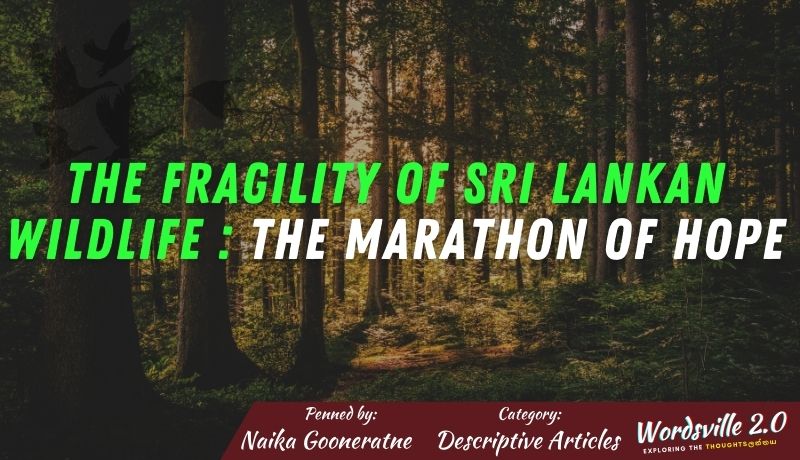 27 Apr The Fragility of Sri Lankan Wildlife: The Marathon of Hope

Posted at 09:48h in Featured, Uncategorized by rcuocfmfadmin 0 Comments

Sri Lanka is blessed with a widely spread network of ecosystems, spreading as far up as the Central Highlands, and as far South as Hambantota. Topping the charts for popularity amongst National Parks is Yala National Park, and despite taking a hit due to the Covid-19 pandemic, it is nevertheless rejuvenated by local enthusiasts.

Yala National Park is a hub for travelers from across the globe, enamored for its rich biodiversity and sceni landscape, making it the perfect travel destination and getaway. Animals ranging from the largest elephants to the elusive leopards to the plethora of insects and reptiles, scattered across the wilds of Yala, blossoming its vitality and aesthetic splendor. This biodiversity spreads across the 5 blocks of Yala, only 2 of which are open to the public, and of which, Yala Block 1 is the most renowned. However, as the saying goes, “with great power comes great responsibility,” but today responsibility often eludes the agenda.

Sri Lanka is in a tough spot with depreciating foreign reserves and its deeply knitted political dystopia, amounting to all manner of irrational and counterintuitive decisions flurrying the political agenda. Whichever decision it may be, economics often boils down to tapping the natural resources of Sri Lanka. However, the ensuing regret isn’t fueled by the constructive and sustainable use of natural resources, as such decisions are the equivalent of sustenance for local farmers and villagers, but it is fueled by the prostitution of these resources. Furthermore, the sustainable use of resources is vitiated by individuals attempting to make a quick buck, and by land encroachment further instigating the human-elephant conflict. 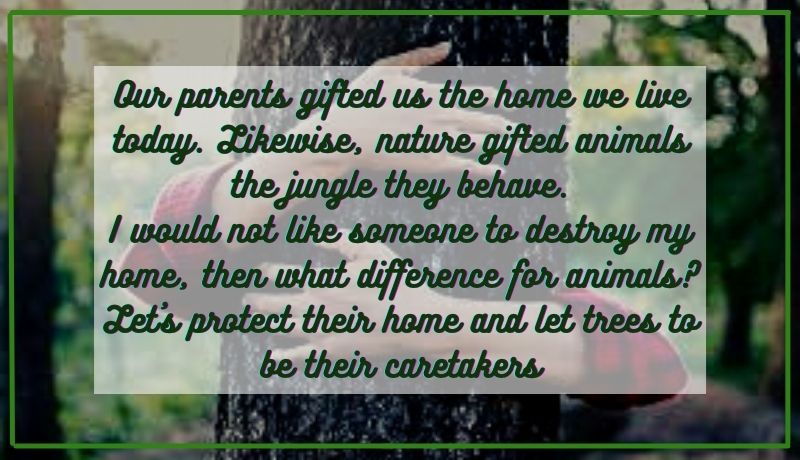 According to an August 2021 News1st report, several trees had been cut and burnt in the highland are above the Rotawala Wewa, which is located in the Buffer Zone of the Yala National Park. News1st added that the area burnt is around a kilometer worth of land. Other reports from February 2021, had spoken about an unauthorized construction obstructing the animal path leading to the ‘Gerimas Pokuna’ waterhole located 12 kilometers away from the Palutupana Gate of the Yala National Park. Wildlife Officers had eventually put an end to this. Furthermore, News1st reports from August 2021 had also noted the arrest of a suspect connected with the killing and dismembering of a wild elephant in Yala National Park Block 03 Additionally, according to a meeting of the Committee on Public Accounts in 2020, Sri Lanka recorded the highest annual elephant deaths and second-highest human deaths in the world due to human-elephant conflict.

It is important to note the underlying reasons for these examples cropping up is invariably linked with desperation forcing people’s hands into finding the quickest means of generating income. It means that individuals are more likely to clear forests to build farmland, it means that individuals are more likely to prioritize economic prosperity as opposed to wildlife conservation, and it means that as a norm, conservation would become secondary to that of economic gain. It is important to be aware of this trend because it is this economic incentive that forms the underlying motivation to clear forests, to disregard the lives of animals, to disregard the serene beauty of Sri Lanka, and to disregard all that we are naturally blessed with. Thus, it is not only the existence of regrettable outliers that hamper wildlife conservation, but it includes the regrettable narratives that persist in society. 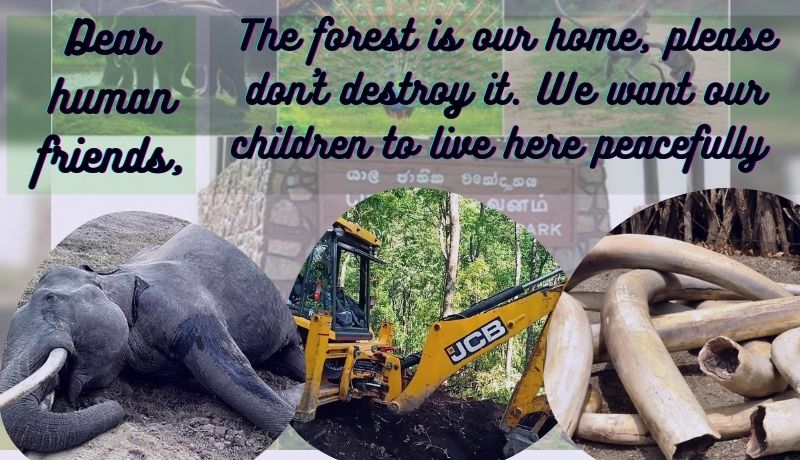 As an urban dweller living in Colombo, the reality of the rural outskirts would invariably elude me. Thus, it would be easy for me to type this article as I have never directly lived in such difficult conditions. Hence, any idea I type may reasonably be scrubbed off as ideal non-sense. However, while this is true in regards to the ‘how’ of conversation, considering the pessimistic reality shrouded by economic difficulties and political negligence, as a wildlife enthusiast and an avid visitor of Yala, it does not vitiate the ‘why’ of conversation. The ‘why’ of conservation is linked with the desire to protect the vulnerable wildlife we hold so dear, and to protect and sustain unchartered swaths of wild that once gone, would never regrow to their previous glamour. Thus, if one is able to grasp this conceptualization, then one is halfway towards acquiring the torch of conservation in the marathon of wildlife conservation. Nevertheless, the establishment of the ‘why’ of conservation would invariably synthesize with the ‘how’ of conservation, as the ‘how’ of conversation is not set in stone, nor does it require being prescribed in books, but may simply stem from ingenuity. This is important to note, as it provides hope of a novel path in the absence of a path, which is invariably intertwined with the motivation to push for action. The following content will discuss two concrete mechanisms of driving such change.

First, as local enthusiasts, or in the general sense of a wildlife enthusiast, visiting Yala is often a getaway and is meant to be a fun trip, as it should be. However, the simple mechanism of unlocking a ‘wildlife conscious’ is the first step towards wildlife conservation. This may sound trivial, or even odd, but it is as simple as seeing Yala for its beauty and splendor and ‘letting it soak in.’ This is important as it sets a foundational sense of ‘appreciation’ for the beauty that surrounds you. That ‘appreciation’ would metamorphose into ‘value.’ Recall how you felt with personal material possessions such as a car, wallet, or phone. We ‘appreciate’ these possessions due to the stability they provide in our lives, and they invariably metamorphose into ‘value,’ as they are ‘our possessions’ and their loss would directly impact our lives. ‘Wildlife consciousness’ is very much similar. Wildlife is not a social construct that is limited to being simply under the purview of the Wildlife Department, of course legally that may be true, but it is a resource that is equally available to us as ‘Sri Lankans’ or as ‘enthusiastic foreign travelers.’ It encompasses flora, which provides the oxygen we breathe, and which sustains water tables and the ecosystems, from which we obtain basic resources such as timber and medicines. Thus, it is a universal resource without which our lives would be affected, thereby generating a similar narrative to that of personal material possessions. 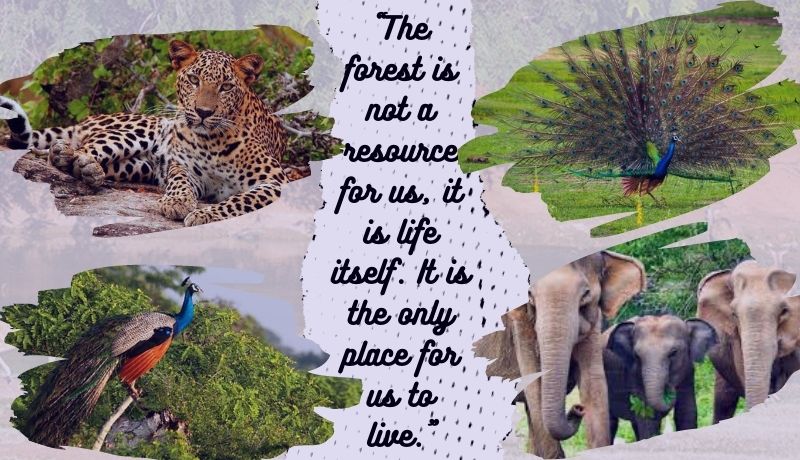 This simple shift in mindset would invariably protect these resources that we are blessed with it, as it gives rise to the likelihood of individuals feeling a sense of responsibility towards contributing to the protection of wildlife. These contributions do not have to be flashy large scale donations, nor does it have to be the genesis of an environmental movement or organization, which would invariably be ideal, but it would be as simple reading about the importance of wildlife and why we must protect it, it would be as simple as refraining from unknowingly conditioning wild animals to receive food from vehicles, it would be as simple as refraining from discarding waste from the convenience of our vehicles in forested lands, and it would be as simple as picking up discarded items found in forested areas. These small acts may seem insignificant in the grander scale of conservation but if upheld by the majority of the Sri Lankan population and visitors to Yala, it would quantitatively be impactful. Even if one might scrub this off claiming that the majority would not subscribe to this narrative, it only takes the building of a small community of dedicated wildlife enthusiasts to create traction in environment protection invariably giving rise to a ripple effect through the spewing a counter-narrative of collective care for the environment.

This notion of collective care invariably feeds into the second concrete narrative for driving change which is the establishment of pro-environmental initiatives. The traditional strategies of environment conservation include; habitat conservation, endangered and keystone species protection, ex-situ efforts. The Wildlife and Nature Protection Society and the Department of Wildlife Conservation stand at the forefront of affirming these objectives via the upholding of environmental law, and the regulation of National Parks through constant patrolling, and monitoring of parks, which invariably prevent the threats of poaching. The establishment of a just executive framework of wildlife conservation is paramount, but even if we are “passive bystanders”, our contributions would come in the form of volunteering and donations, and may even in the form of prospectively adding to these aforementioned efforts through our own initiatives.

In conclusion, the marathon of wildlife conservation is not a race run by one person, but by many. It is run by everyone with a heart engulfed with a passion for change and difference. It is a race for the ages, that isn’t about crossing the finish line, but is about passing the baton from generation to generation, in the optimistic belief of ‘hope.’ 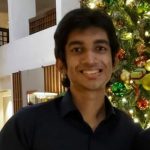