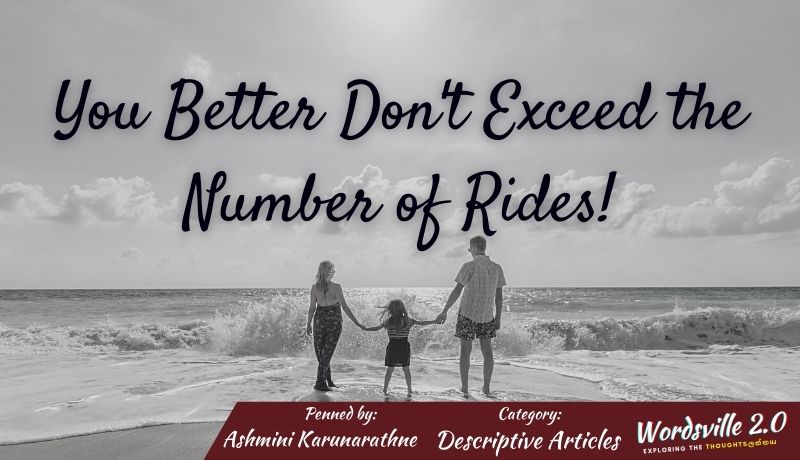 26 Apr You better don’t exceed the number of rides!

Posted at 12:05h in Featured, Uncategorized by rcuocfmfadmin 0 Comments

“Samson, did you have a dreadful nightmare last night? I saw you dozing off on a pile of project files. What’s up man ? “

“My apologies sir...I did not have enough time to have a lengthy sleep. All I did last night was packing up my child’s baggage and helping him reschedule the classes he will miss, as he is on a college picnic today.

In our day-to-day lives, it is natural to hear these types of stories from a particular type of parents. It is all good for parents take extra care of their children. However, have you taken note that, there are a certain kind of parents who always step up on to helicopters and hover around their children all the time. Termed as helicopter parenting, the said style of parenting is a sort of overcontrolling, overprotecting, and over-perfecting children. From the time children toss off their bedsheets up to the time they lay their heads to rest, these kinds of parents shadow their children unnecessarily. Critics are on the standpoint that helicopter parenting though might be supportive at certain times, is not a good style to follow. This article will shed some light on the concept of helicopter parenting, its major positives and drawbacks, characteristics of helicopter parents, why do parents feel to do so and finally how to move away from this negative style of parenting.

Actually, helicopter parenting is not a fresh term to the world, although for some, it would not ring a bell in their heads. Delving into the roots of the term, one can identify that the term helicopter parent has first appeared on the book titled ‘Between Parent & Teenager” in 1969. Since then, college administrators have used the name to call parents who try to watch for their children from a distance after they leave home for far away colleges. Subsequently, the term at present is used to refer to overprotective parents in general. Helicopter parenting can apply to children of various ages at varying degrees. In more narrowed down words ,this concept represents the notion of parents helping children to do tasks the children are capable of performing alone. Imagine, a parent of a high school or college student, matching and choosing the clothes he should wear daily to school. A parent talking over the phone to the teacher and requesting extra classes for the difficult lessons. Also, a parent deciding on the friends his child should associate and which social events he should attend or reject. In this tech-savvy world, where danger is looming not only from dumb and deaf screens, but also from every corner of the world, these actions would seem all but wise. Unfortunately, because of parents trying to over-involve in their child’s matters, with the pious intention of ensuring their child’s safety. or making their child’s life brighter, this move only creates children with zero independency and autonomy.

Under everything else, psychologists issue a red warning to helicopter parents that certain doors will be not open to their children as a result of their parenting style. It builds up children with decreased confidence and self-esteem. When parents try to pack every minute of their child’s routine with their protection and involvement, the child feels a sense of low self-confidence. Slowly, but surely the thought “My parents do this for me ,because I’m not good at it” comes into stay in his immature mind. When the child is entangled in a dirty mess, if the parents arrive at the scene at a split of a second and untie the messy knots, the children will slowly lose their coping skills. Exacerbating the situation, this would also blunder the life skills of children. A parent who washes the garment and finished off plates, ties the shoelaces and iron the clothes of a grown-up child would have not helped matters. Children always huddled together with their parents would be mere air balloon warriors. This will prevent from kids learning to advocate for themselves. When children are employed, there won’t be parents behind them shielding them from the burning flames of injustices drawn upon them. Thereby, those children choose the option of lowering their heads and staying dumb at all situations without fighting back. Helicopter parenting backfires on parents themselves like a whip on their face as it makes their children unable to survive without parents. In addition, this act of overprotecting creates a soda bottle effect on children where, as time spans, the children get not trouble, though at the start it will seem helpful. A fact often overlooked is that helicopter parenting emerges as a catalyst for higher levels of child anxiety and depression. 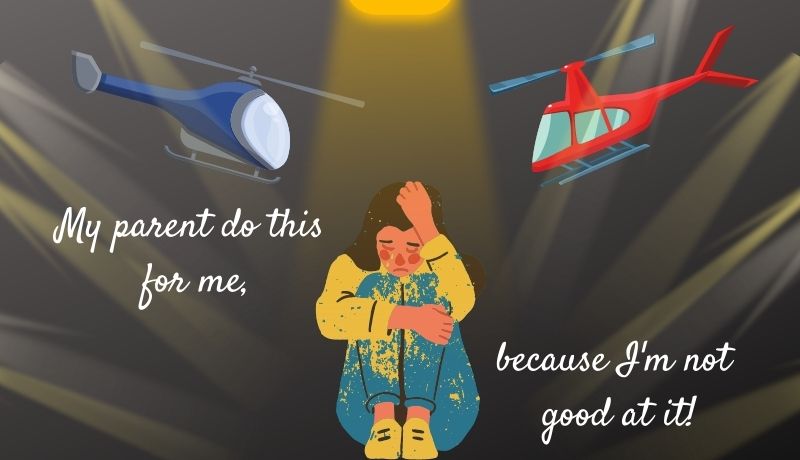 Our discussion cannot be ceased with the adverse effects of helicopter parenting, as we need to focus on how to get rid of this and follow alternative styles of parenting. Some techniques would be of importance to you if you are already helicopter parents. One key reason why parents get too much involved in their child’s life is because of the intriguing fear and anxiety they experience. Sometimes parents are over cautious and worried about how their children will paint their own future. Parents can be patient and learn to tame their anxiety. Children do have the right to draw their own sketches in the canvas of life, and they should be given the chance to do so. Heading for the green zone, parents could stay in a middle ground and involve when only necessary in the lives of their children. Without being intrusive or authoritative they can keep a close tab on their children while inferring only when danger lurks. Another effective move will be allowing the kids to take decisions on their own and push themselves to learn from the consequences. After children experience the results of their decisions, they can always step back to square one and weigh the pluses and minuses of arriving at such a decision. Along with all these, parents should hone the life skills of their children. The children should be taught the bitter truth that one day, they will have to live a life without their mom and dad. The life is always not a bed of roses and therefore children should be equipped with powerful life skills to cope up with any situation. Parents who keep their kids beneath their shade often attempt to fulfill their dreams through their kids. All in all, it must be discernible to the parents that their kids have the right to build up their lives as they wish. Over controlling will only further darken their lives. For most of the helicopter parents moving of their parenting style may appear intrusive, but when one analyses deeply, it is the correct and best measure to take.

Similar to every other thing in the world, there isn’t one single correct way to parent children. Besides anyone cannot raise their fingers against helicopter parenting since it carries some positives as well. Helicopter parenting is detrimental in building up self-confidence in children, leads to kids being always dependent on parents, blunders their coping skills ,life skills and coping skills and furthermore prevents children from advocating for themselves. More independent children can be created by parents involving in their kid’s lives, when necessary, only, by parents taming their anxiety and fears, by letting their kids to be who they are and what they like to be, by equipping ids with necessary life skills and by allowing them to solve their own problems. There is a famous quote by the world- renowned child fiction writer Roald Dahl, speaking volumes about the effects of helicopter parenting.

“...the more risks you allow children to take, the better they learn to take care of themselves. If you never let them, take any risks, then I believe they become very prone to injury.” At the end of the day, parents, do take care not to exceed the recommended number of helicopter rides around and over your child. 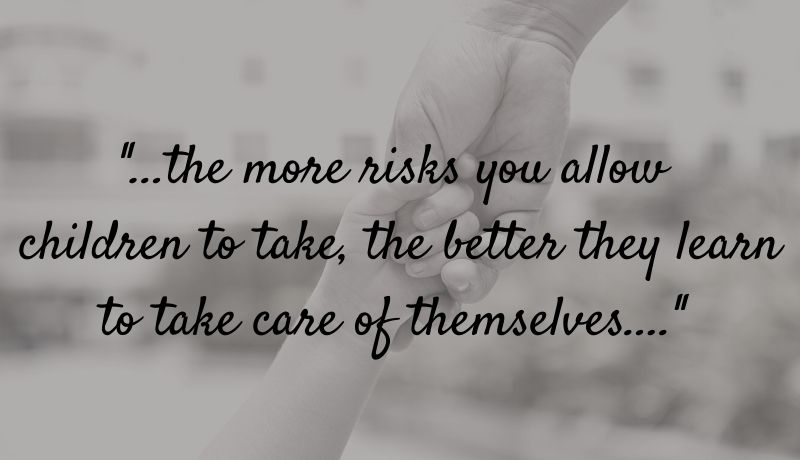 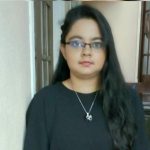