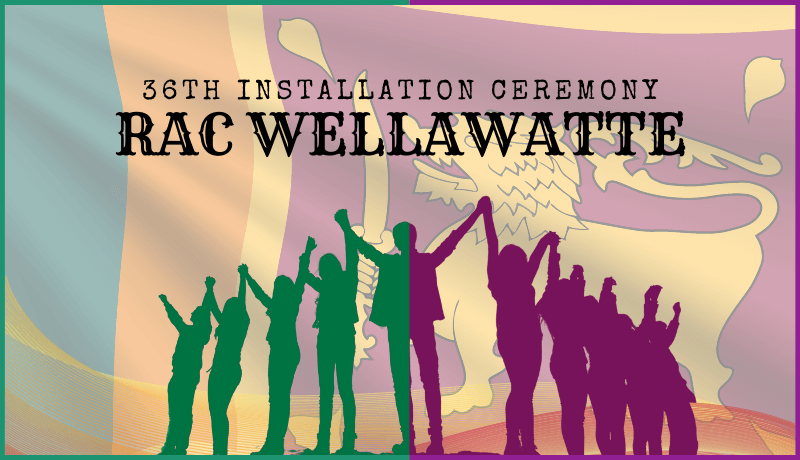 Posted at 17:07h in Installations, Others, Uncategorized by rcuocfmfadmin 0 Comments

The Rotaract Club of Wellawatte stepped into yet another phenomenal year with its 36th Installation Ceremony which was held on the 24th of July 2022 at the Disaster Management Centre Auditorium from 6.30 p.m. onwards. Representing RACUOCFMF, Rtr. Afkar Saleem and Rtr. Mishan Kottearachchi attended the glorious ceremony to witness and relish the novel era of RAC Wellawatte.

The proceedings of the evening were officially commenced by the hosts for the evening Rtr. Zainab Rihmy, Rtr. Shujany Jeyakumar and Rtr. Vibishanth Radhakrishnan inviting the dignitaries for the brightening of the traditional oil lamp including the Keynote speaker, Rtn. Rtr. PP PHF Kavindra Kasun Sigera, District Rotaract Representative Rtn. Rtr. PP Ahamed Hussain and Co-District Rotaract Chair, Rtn. PP PHF A. Numan Zarajudeen. After the house was called to order by the Sergeant-at-Arms Rtr. Insaf Ruwais, all rose for the national anthem which was followed by the Conventional Rotaract formalities: The Flag Salutation, Rotaract Invocation, Four-way test and the Rotaract song. 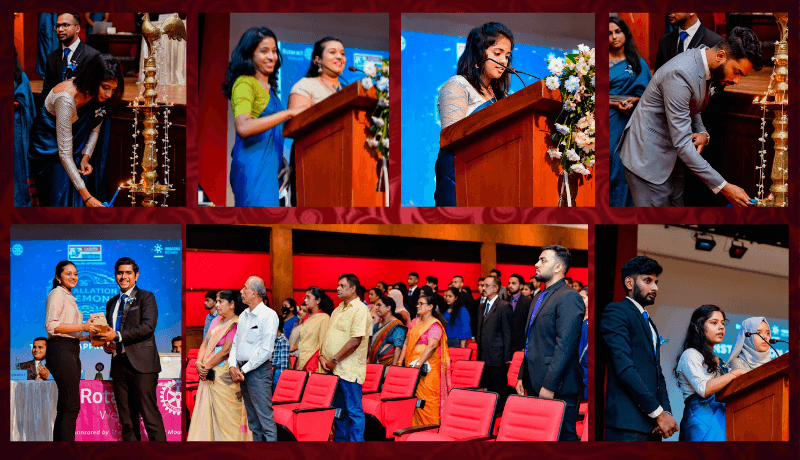 Next, The Project Chairpersons Rtr. Jeevaahini Atputhanathan and Rtr. Harrindran Balakrishnan welcomed the gathering. Thereupon, the Secretary’s Report highlighting the remarkable moments of the preceding year was presented by the Secretary for the year 2021-22 Dhatchaiyani Dhayaparan. She did not forget to mention that the club was able to complete nearly 35 projects during the year 2021-22

Then, the Outgoing President, Rtr. Frank Joseph was invited to share a few words about his year of Presidency. 365 days of hard work and dedication is what he would like to highlight about the year 2021-22. “A roller coaster ride it has been personally for me and as well as for the club. Despite all the challenges the club successfully achieved several milestones during the year which will go on in the history as a remarkable achievement indeed” he added. 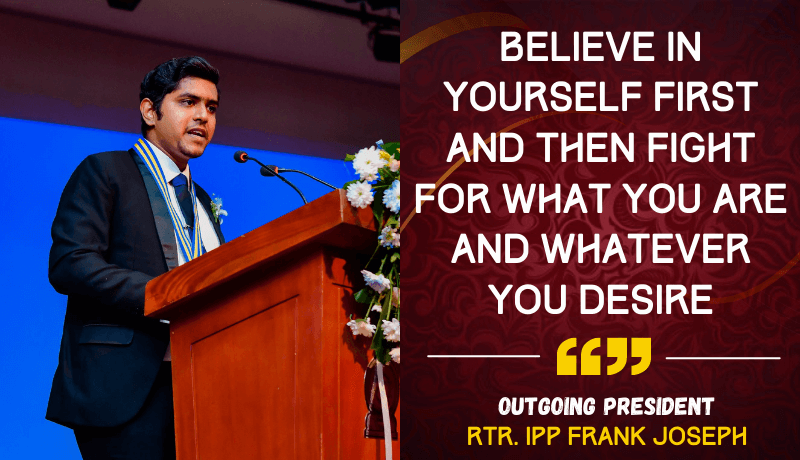 Moments before he signed off, he extended his gratitude to all those who contributed to the mission which turned out to be an exceptionally successful one. Thereafter, the most anticipated moment of the ceremony arrived as the Outgoing President Rtr. Frank Joseph gracefully collared Rtr. Thulackshy Mohan as the President for the year 2022-23. 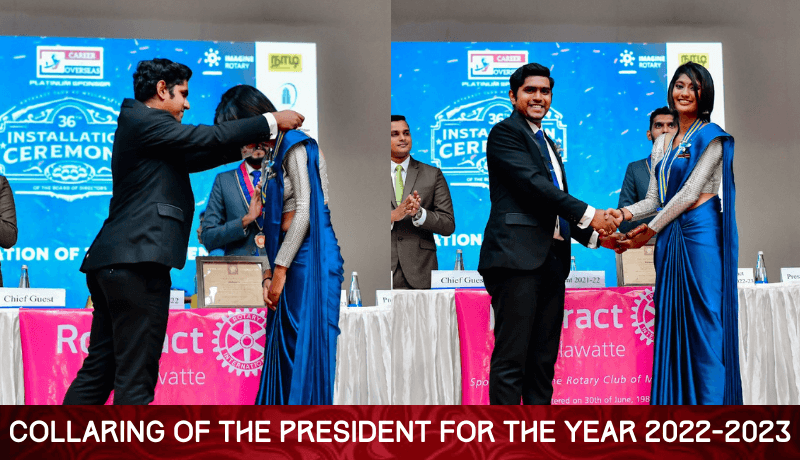 This was followed by the newly appointed President’s speech where she highlighted that dreams become reality here and every single person is pushed to be their best and are showered with opportunities. And she believes when a person is given the right opportunities and is trusted, they would grow far beyond expectations. 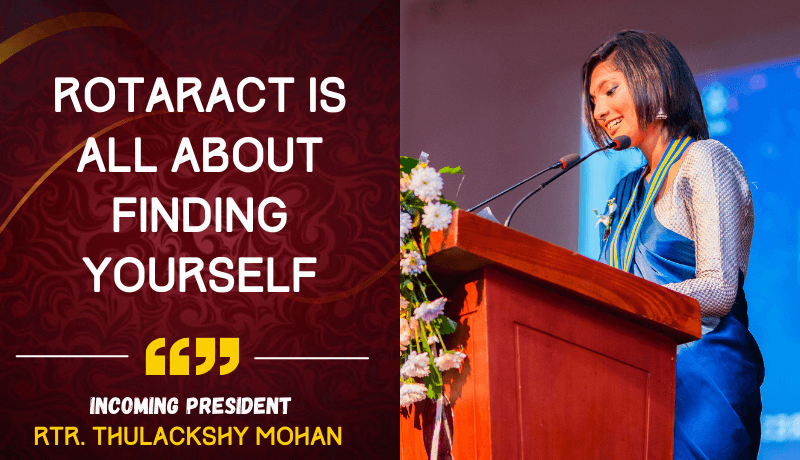 She further briefed her vision and the theme for the year “Innovation Through Inclusivity” and concluded her address by introducing her phenomenal Executive Committee and Board of Directors for the year 2022-2023.

The Executive Committee and Board of Directors for the year 2022-23 are as follows;

Moving on the club decided to introduce the board members using the tune of "Vikram," which continues vibrating in our ears due to the great amusement it offers through a fast-paced action movie that has just been a smashing success at the box office. It was undoubtedly a delight for the eyes, as fascinating as it sounds. I must admit that it was a fantastic method to relate the present condition of Sri Lanka with the subject Vikram to see each member of the board introduced one at a time with the popular current crisis in Sri Lanka displaying the price spikes of vital products. 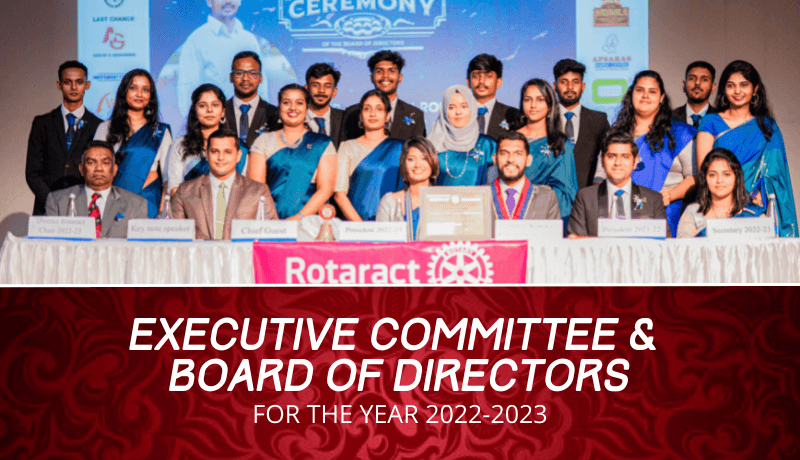 Next on the agenda was District Rotaract Representative, Rtn. Rtr. PP Ahamed Hussain addressed to the gathering. 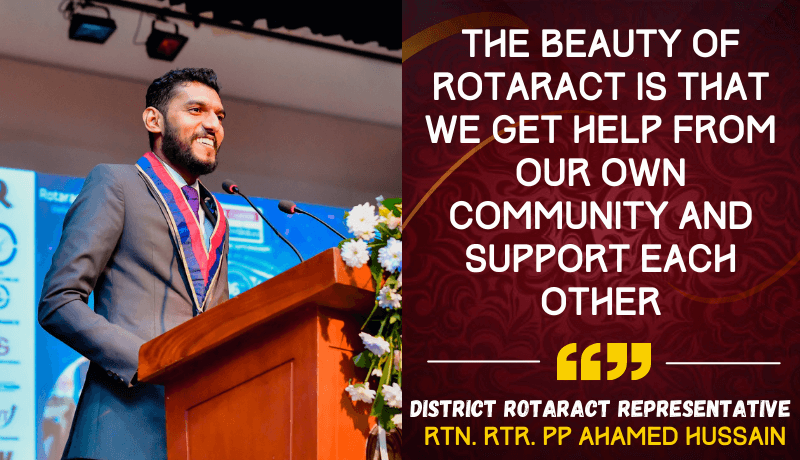 Given that Ahamed is known for giving brief, to-the-point presentations, and that this was his first installation with his DISCO, we think this would contribute to his memorable speech. Winding up his speech, he expressed his best wishes for the long journey ahead. 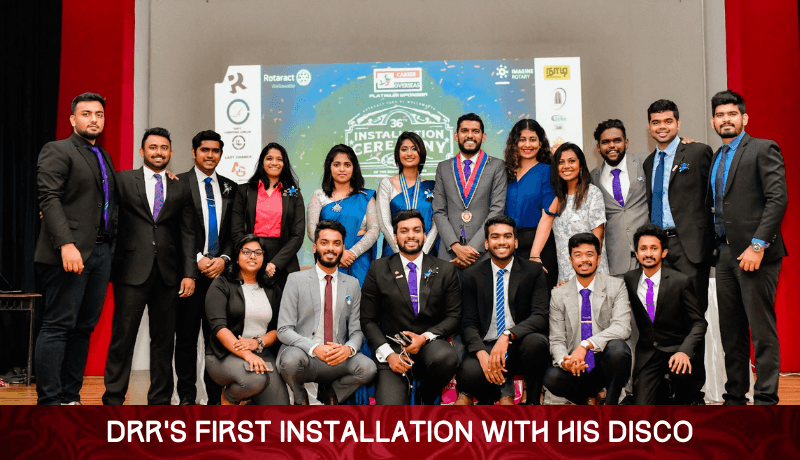 Afterwards, the keynote speaker of the evening, Past District Rotaract Representative, Rtn. Rtr. PP PHF Kavindra Kasun Sigera addressed the gathering and congratulated the Rotaract Club of Wellawatte while highlighting the importance of the Rotaract movement. He was eager and pleased to express his interest in the requirement of sharing Rotaract with his family because of his strong family values and his perception of Rotaract as a second family.

Subsequently, the Co-District Rotaract Chair, Rtn. PP PHF A. Numan Zarajudeen shared several valuable thoughts with those present. He highlighted the vital role played by Rotary in establishing platforms which enable its members to successfully step into the corporate world.

Afterwards, a short video of the Secretary’s report for the year 2021-22 and the E-Souvenir were played which brought joy in the face of every Rotaractor in the hall. And then tokens of appreciation were given to all the dignitaries and following that, the stage was open for felicitations. With the Vote of Thanks delivered by the Secretary for the year 2022-23, Rtr. Thushana Sathasivam, the remarkable and delightful occasion was concluded for refreshments and continued fellowship. 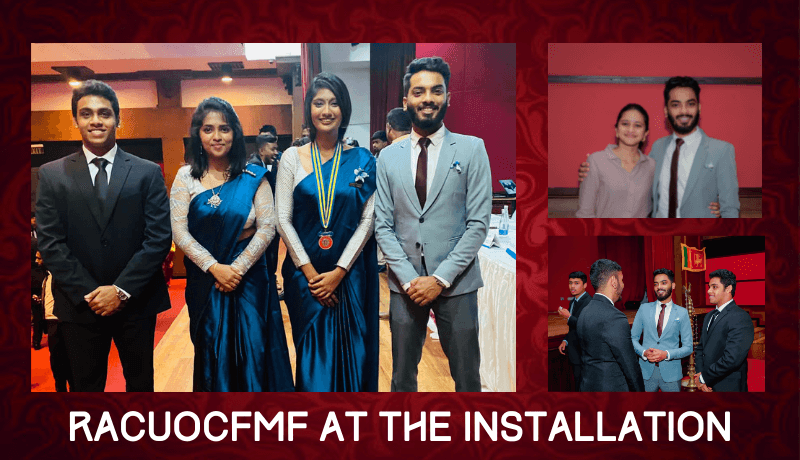 It was indeed a great delight for the Rotaract Club of University of Colombo, Faculty of Management and Finance to be part of this glorious ceremony and would like to extend its heartiest wishes to Rtr. Thulackshy Mohan and her Board of Directors for yet another terrific year ahead! 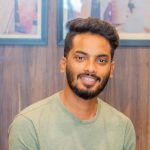