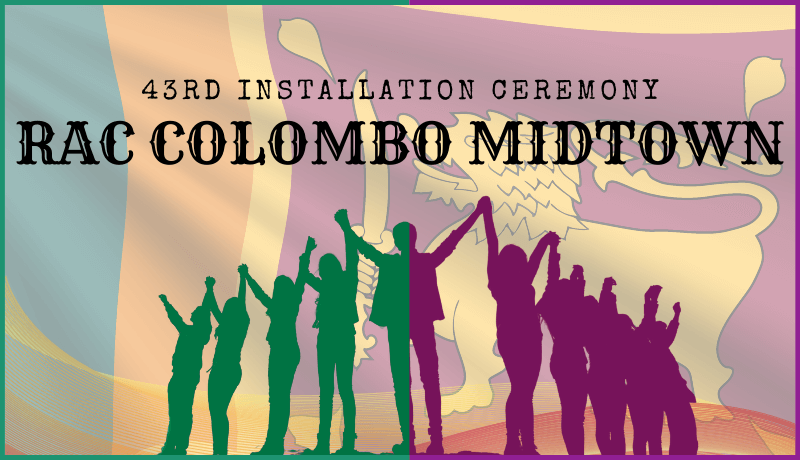 Posted at 12:47h in Installations, Uncategorized by rcuocfmfadmin 0 Comments

The 43rd Installation ceremony of Rotaract Club of Colombo Midtown was held on 31st of July from 5.00 pm onwards at Disaster Management Auditorium. Representing RACUOCFMF Rtr. Gajaba, Rtr. Samindi, Rtr. Shehani, Rtr. Riveen and Rtr. Shenaya were present to witness and rejoice the beginning of the novel quest of RACCMT.

To commence the installation proceedings, the traditional oil lamp was brightened by the dignitaries and following that, they were ushered to the head table. Once the conventional formalities: The National Anthem, Flag Salutation, Rotaract Invocation, Four-Way Test and The Rotaract Song were concluded, the Chairperson of the Installation, Rtr. Stephanie warmly welcomed the gathering. Next up, the podium was open to the Secretary for the RI year 2021-22, Rtr. Ovin Bimsara where he presented the secretary’s report. He elaborated that during the past year the club has successfully completed 35 impactful projects with more than 100 members and with the contribution of 1000 plus volunteer hours focusing on 8 different sustainable development goals, despite the pandemic situation and the economic crisis in the country. He ended his speech on a high note as he shared a video that captured the beautiful memories of the past year. 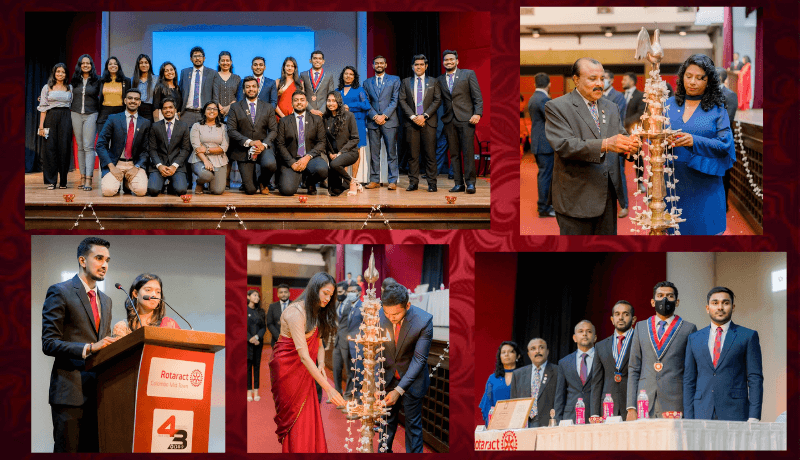 Afterwards, the Outgoing President Rtr. Hibshi Moulana addressed the gathering and shared a glimpse of his experience as the president and thanked the individuals who supported throughout his journey and officially signed off as the president for the RI year 2021-22. 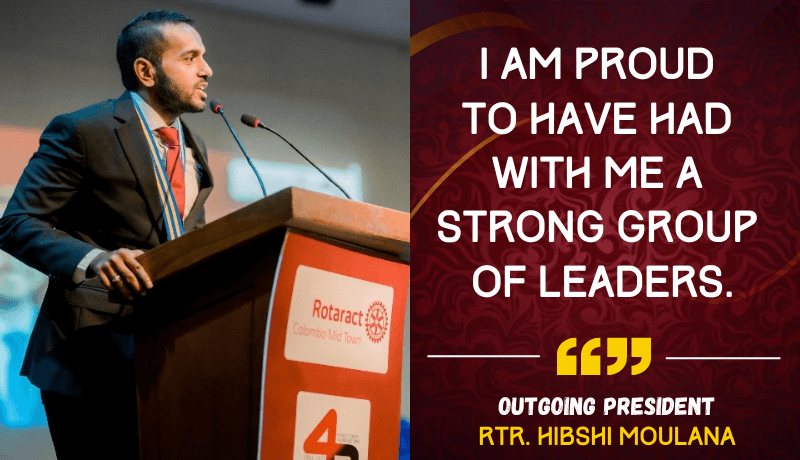 Momentarily, the Incoming President Rtr. Ovin Bimsara was introduced by Rtr. PP Deelaka Wijesekara and the hilarious speech indeed turned out to be a highlight of the glorious occasion and in conclusion a short video clip of Rtr. Ovin’s Rotaract journey was presented on the screen. Afterwards, the most anticipated moment of the ceremony arrived. Rtr. IPP Hibshi Moulana gracefully collared Rtr. Ovin Bimsara as the president for the year 2022-23 and handed over the duties and responsibilities of carrying Midtown legacy forward. 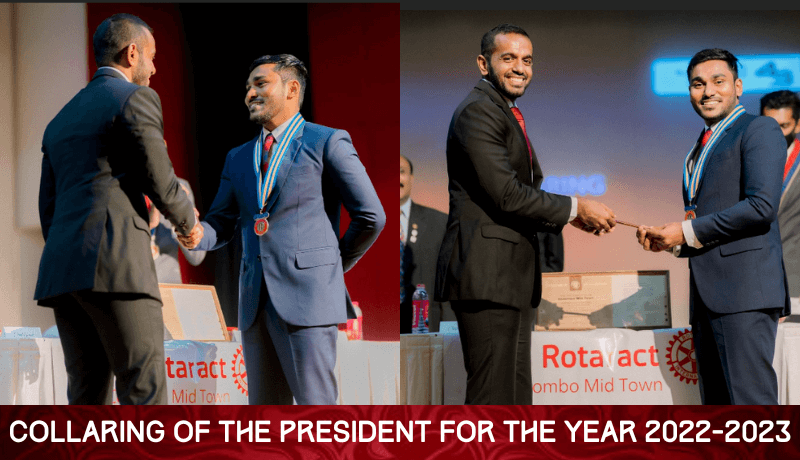 Newly appointed President Rtr. Ovin was invited to share a few words and he briefed about his vision for the 43rd year of RACCMT which will be based on the 4 fundamental components of Objectivity, Versatility, Iconic and Neoteric. 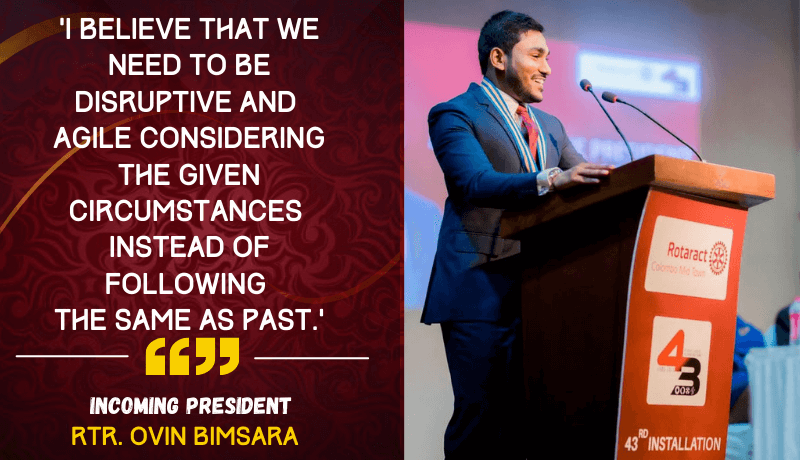 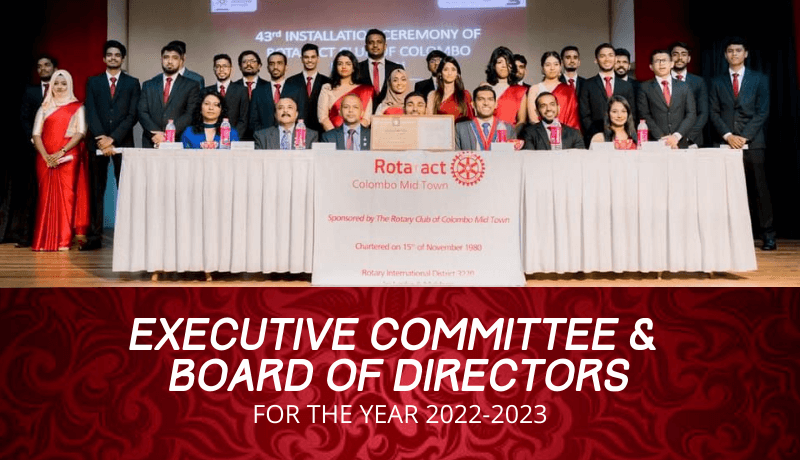 Next, the District Rotaract Representative Rtn. Rtr. PP Ahamed Hussain addressed the gathering and he emphasized on the way that RACCMT has always shown exceptional talent throughout the years in serving the community. 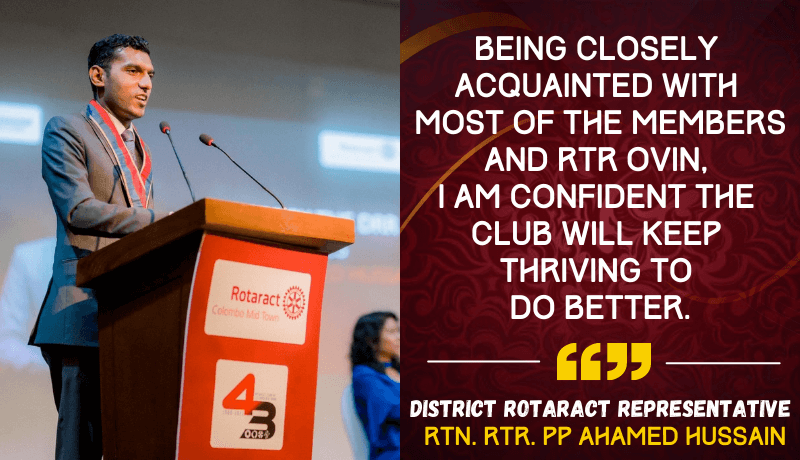 Afterwards, the District Rotaract Chairperson Rtr. Farzana Khan addressed the gathering and it was followed by the speeches delivered by the Chief Guest, Rtn. Dhamitha Pathirana, President of Rotary Club of Colombo Midtown 2022-23 and the Guest of Honour Rtn. PP GS Sylvester from Rotary Club of Colombo Midtown by appreciating the efforts of the club and concluded their speeches by wishing Rtr. Ovin and his board a successful year.

Thereupon, tokens of appreciation were presented to the dignitaries and following that, the vote of thanks was delivered by the Secretary, Rtr. Nilisha Amarathunga. The memorable evening came to an end after the stage was open for felicitations which was then followed by refreshments and continued fellowship. 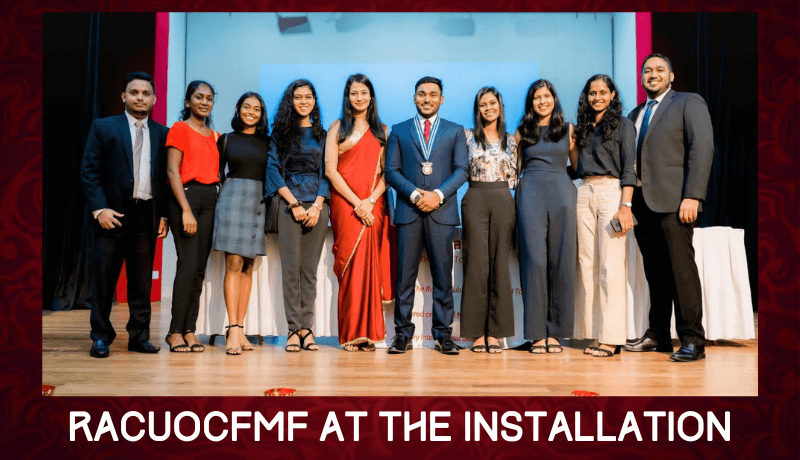 As a part of the family, it has indeed been a delight for RACUOCFMF to witness this wonderful ceremony and we would like to extend our heartiest wishes to President Rtr. Ovin Bimsara and his Board of Directors for their upcoming journey they just embarked upon. And without a doubt, we believe that President Rtr. Ovin, who is also a proud product of FMF, would take the club to greater heights in the upcoming year and we at RACUOCFMF are looking forward to working with the competent team. 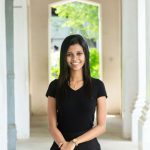 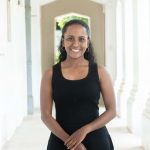