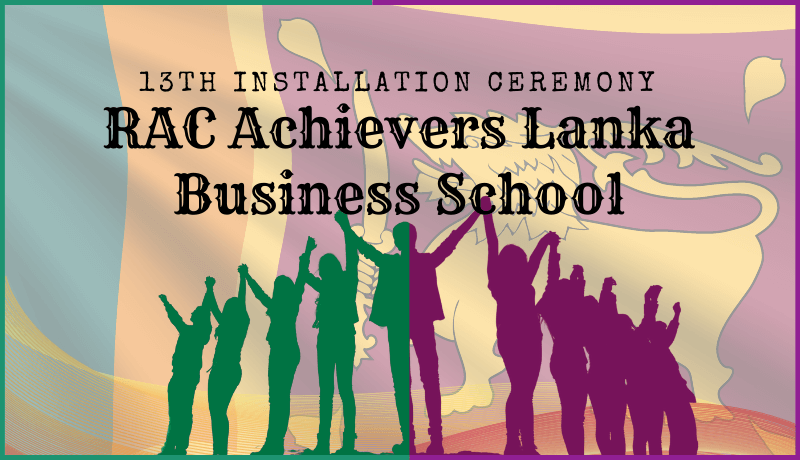 Posted at 16:33h in Installations, Uncategorized by rcuocfmfadmin 0 Comments

After the arrival of chief guest, official proceedings of the ceremony commenced with the lighting of the traditional oil lamp. The dignitaries took their places at the head table. All rose for the National Anthem which was then taken up by the Routine Rotaract Formalities; The Flag Salutation, Rotaract Invocation, Four-way test and the Rotaract Song.

Next up, the podium was open to the Secretary for the RI year 2021-22, Rtr. Sandithi Jagoda in which she presented the secretary’s report highlighting the successful projects carried out by the club during the past year. Next a recap video of the club was witnessed to walk down the memory lane throughout the victorious year.

Afterwards, the Outgoing President Rtr. Bipash Suriyage addressed the gathering and shared a glimpse of his experience as the president. He mentioned that life is about learning from the mistakes you made and also thanked the individuals who supported throughout his journey and officially signed off as the president for the RI year 2021-22. 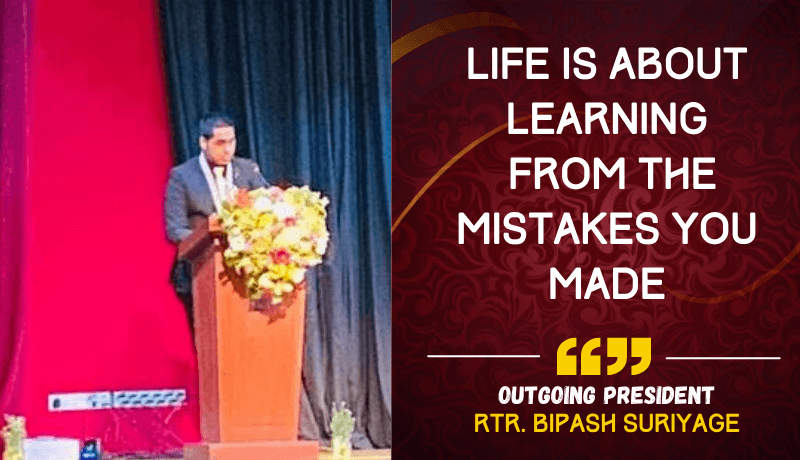 Afterwards, the most anticipated moment of the ceremony arrived. Rtr. Bipash Suriyage gracefully collared Rtr. Sandithi Jagoda as the President for the year 2022-23 and handed over the duties and responsibilities. 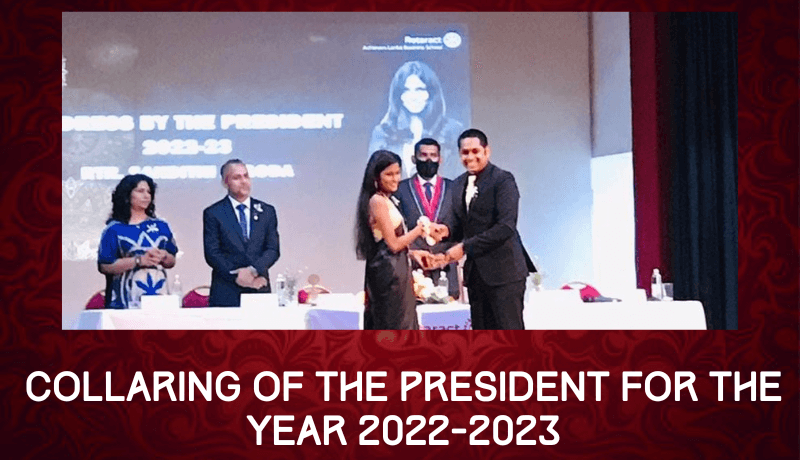 Newly appointed President Rtr. Sandithi was invited to share a few words and she introduced her Executive Board and Board of Directors for the year 2022-23, which is as follows. 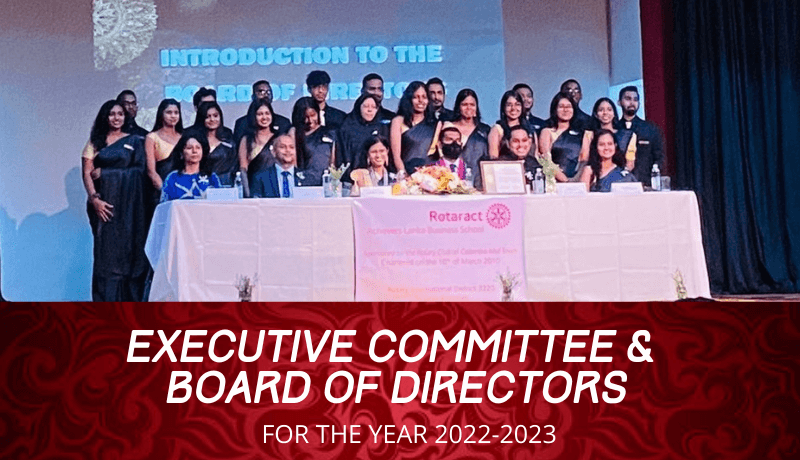 On the lineup, District Rotaract Representative Rtn. Rtr. PP Ahamed Hussain addressed the gathering. He said that Rotaract is about enjoying ourselves while helping others. After that other guests including President of Rotary Club of Colombo Midtown, Rtn. Dhamitha Pathirana and District Rotaract Chair Rtn. PP Farzana Khan also addressed the gathering. They admired the club for the work done throughout the year and wished them a  successful year ahead. 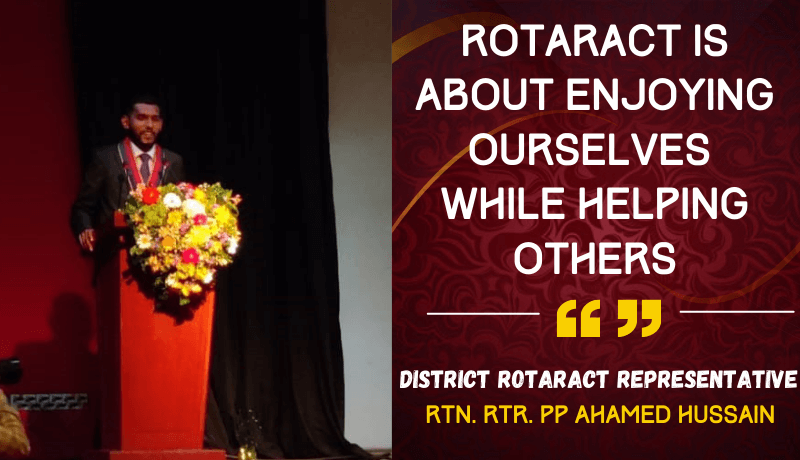 Thereupon, the vote of thanks was delivered by the Secretary for the RI year 2022-23 Rtr. Vinuri Ramanayake. The memorable evening came to an end after the stage was open for felicitations and then followed by refreshments and continued fellowship. 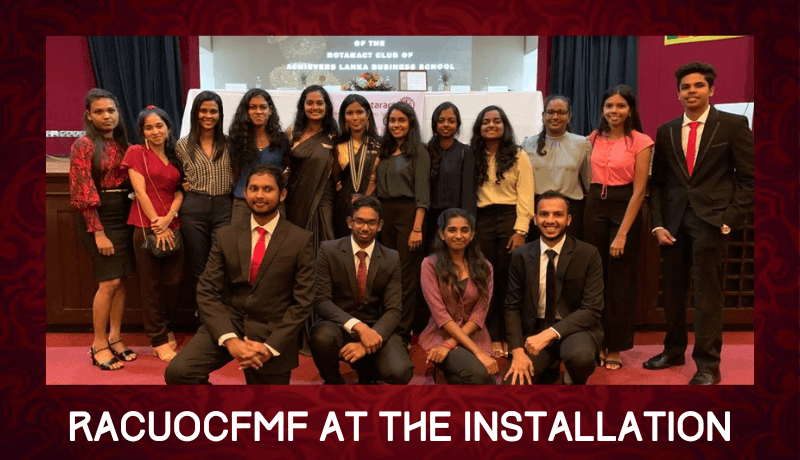 It was truly an honor for the RACUOCFMF to take part in this magnificent celebration, and we would like to extend Rtr. Sandithi Jagoda and her board of directors our warmest congratulations. 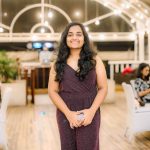 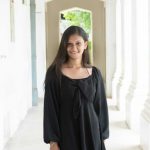