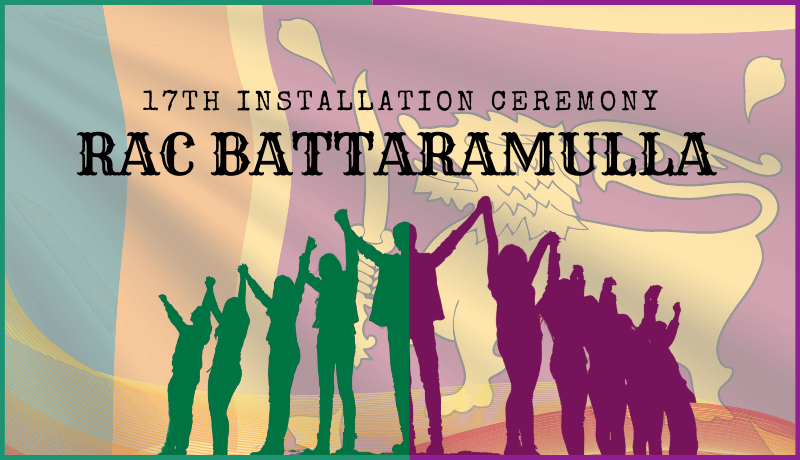 03 Sep 17TH INSTALLATION CEREMONY OF THE ROTARACT CLUB OF BATTARAMULLA

Posted at 12:00h in Installations, Uncategorized by rcuocfmfadmin 0 Comments

The Rotaract Club of Battaramulla led their way to another magnificent year with their 17th Installation Ceremony which was held on the 13th of August in RCU Skills Centre from 3.30pm onwards. Representing RACUOCFMF Rtr. Afkar Saleem, Rtr. Hasna Imtikhab, Rtr. Alysha Shabana, and Rtr. Piravena Paheerthan were present to witness and rejoice the beginning of the novel quest.

The Installation Ceremony commenced after the house was called to order by the Immediate Past President Rtr. Chathura Perera which was then followed by the Conventional Rotaract Formalities; Flag Salutation, Rotaract Invocation, Four-way test and the Rotaract song. 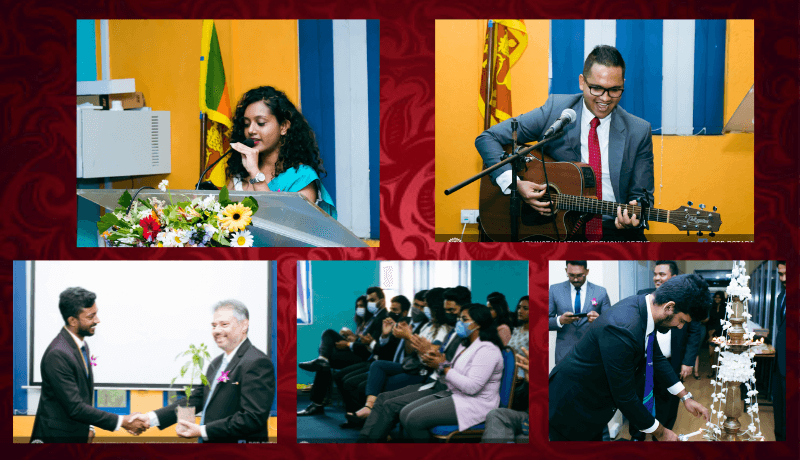 Next up, the gathering was addressed by the Co-Chairperson of the Installation Ceremony. Proceeding that the Secretary for the RI year 2021-22 presented the secretary’s report by emphasizing the achievements of the club amidst the pandemic and how the club managed to overcome the many obstacles during the past RI year. Also, a presentation of the secretary’s report for the RI year 2021-22 was beautifully edited and displayed to the audience.

Following the secretary’s report the Outgoing President Rtr. Chathura Perera who was also surprisingly the Incoming President of the year addressed the audience and expressed his gratitude for the club members and bid a job well done for his past board. 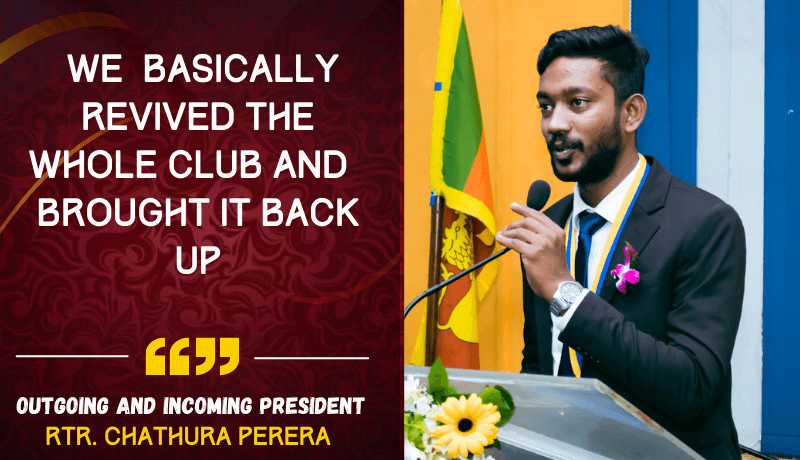 Next up, the Incoming President who was the first Rotaractor who willingly accepted the presidentship twice in a row, was introduced as a fellow Royalist who loves to show off that he lives in Colombo 5 and who was also a master of last minute work.

Then, the President welcomed his new board with roasts amidst the applause of the audience. Afterwards, the Board of Members for the RI year 2022-23 were introduced.

The Executive Committee and Board of Directors for RI year 2022-23 was as follows; 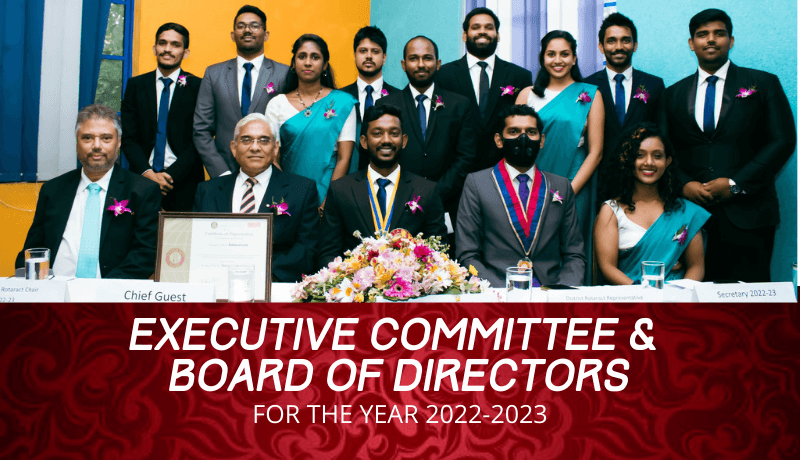 Next, the District Rotaract Representative Rtn. Rtr. PP Ahamed Hussain addressed the gathering, which was then followed by the other chief guests. Afterwards, there was an entertainment session where the audience were lifted to high spirits by the song ‘Watermelon Sugar High’ and the Rotaract informal anthem ‘I Want it that Way’ which was sung by a past Rotaract member of Rotaract Club of Battaramulla. 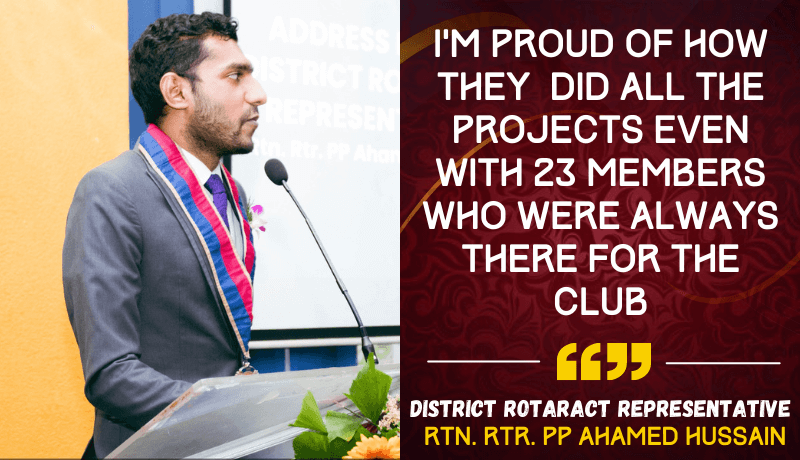 This was followed by presenting the tokens of appreciation for the chief guests and the vote of thanks which was delivered with a lot of passion for the coming year by the Incoming Secretary Rtr. Savini Amarasinghe. Lastly, the felicitation by the well-wisher’s present was completed adjoining the formalities of the ceremony. 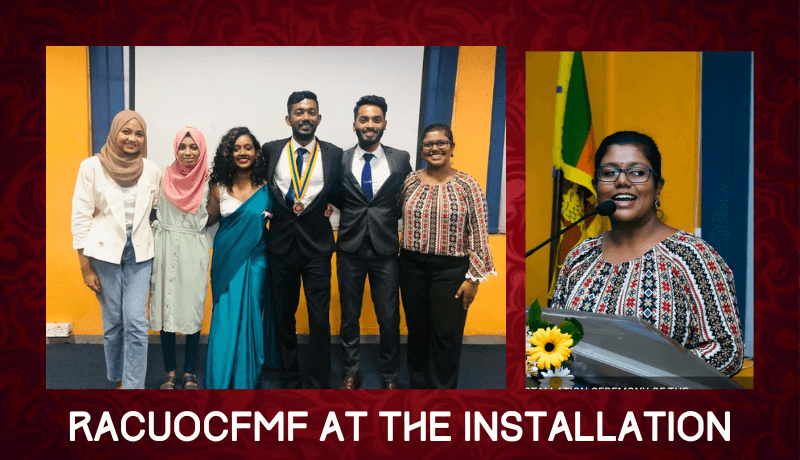 The Rotaract Club of University of Colombo, Faculty of Management and Finance (RACUOCFMF) would like to extend its warm wishes to Rtr. Chathura Perera and his Board for their upcoming journey they just embarked upon! 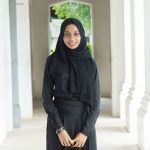