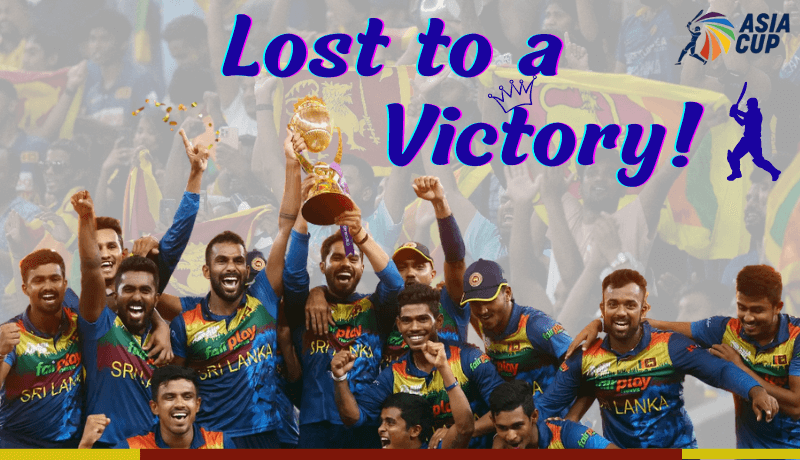 Posted at 10:20h in Ayubowan, Featured, Uncategorized by rcuocfmfadmin 0 Comments

I’ve been a cricket fan in my entire life, but thisss!!! OMG thisss!!! Six last-over finishes, a century, a five-for, and plenty of thrills and spills, you name it and I’ll relate it to that final match of Cricket Asia Cup 2022. This was a night to remember for the people who were desperately seeking solace via sporting glory. In the end, the fantastic memorable competition that battled for value, for happiness was the ideal lead-up to the T20 World Cup that would come next. And not to forget that, several star players were key for that and the best among them was “Team Sri Lanka.”

Okay, now tell me you are not a cricket fan, and the only thing you know is that Sri Lanka won a final? Hold onnn, Let me walk you through what this is all about. A men's one-day and twenty-twenty International Cricket Competition is called the “Asian Cricket Council Asia Cup”. It was established at the same time when the Asian Cricket Council was launched in 1983 as a way to foster goodwill among Asian nations.

The 2022 Asia Cup was the 15th iteration of the Asia Cup Cricket Tournament and the matches were contested as Twenty20 Internationals (T20Is) in August and September 2022 in the United Arab Emirates, where it was also known as the DP World Asia Cup due to sponsorship reasons. 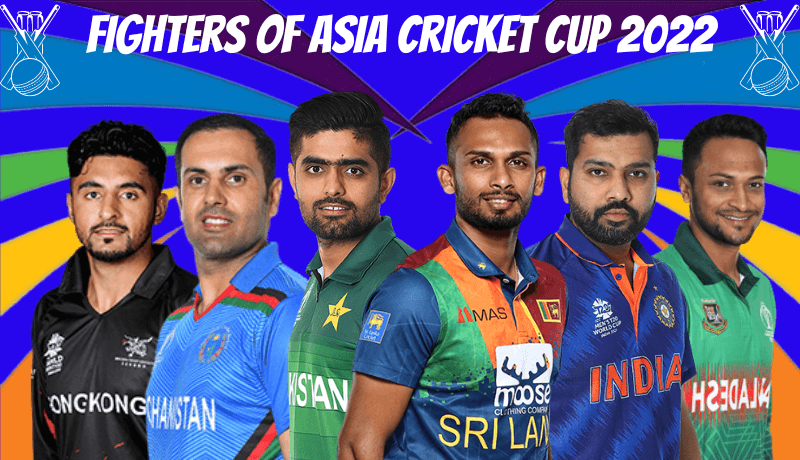 This game is special to us as in this season, India, the defending champions, was ousted in the Super Four round and Sri Lanka defeated Pakistan by 23 runs to win their sixth championship. In simple words, after 8 years, අපේ කොල්ලෝ won the Asia Cup again for Sri Lanka and this was Sri Lanka’s first T20 win this year by batting first. It was a win that had considerably more historical and political significance and went far beyond merely cricket.

There is a saying that every failure gives a comeback to the journey. Similarly, despite Sri Lanka losing the first game against Afghanistan, we were able to open the doors to victory by winning five matches out of six in the entire series  in the Asian Cricket World Cup. As once Sri Lankan captain, Dasun Shanaka said “Keep Believing is the Key '', our team also kept going until the end against all odds. 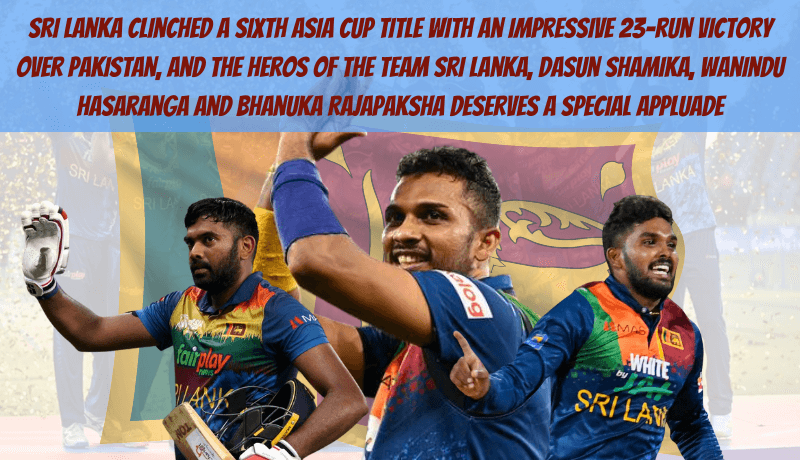 Asian Cricket Cup Finals is one of the memorable days for our mother Sri Lanka because our lions played well in both batting and fielding. Sri Lanka wasn’t able to win the toss but kept the belief and gave a score of 170 with immense effort in protecting the wickets and batting to the fullest even in the last ball. When we were having a score of 67 for 5 wickets our whole team was under pressure with the question of whether we can pull off the score towards even a 100. But Wanindu Hasaranga, collaborated with Bhanuka Rajapakse and put on 58 off just 30 balls by bringing a sensational comeback to our team. In our words, වනිදු හසරන්ග ආවා බැලුවා මේක හරියන්නේ නැ හතරේවා පහයි හයේ එකයි ගහලා බානුකට calm environment එකක් හැදුවා. In addition to our batting, Bhanuka Rajapakse gave a sixer even in the last ball and a higher score of 170 innings gave hope for the Asian Cricket Cup 2022.

Dasun Shanaka’s ability of patience and trust in their players was highlighted in the first over of their defense when Dilshan Madushanka gave nine runs without delivering a single ball and a free hit to follow. But captain Dasun Shanaka knew the skill of Dilshan Madushanka and kept motivating him which emphasizes the motivational skills of our leader. The resistance of our Sri Lankan team in such situations shows how powerful they were trained to perform and how passionate they were about cricket in whatever situation they faced. 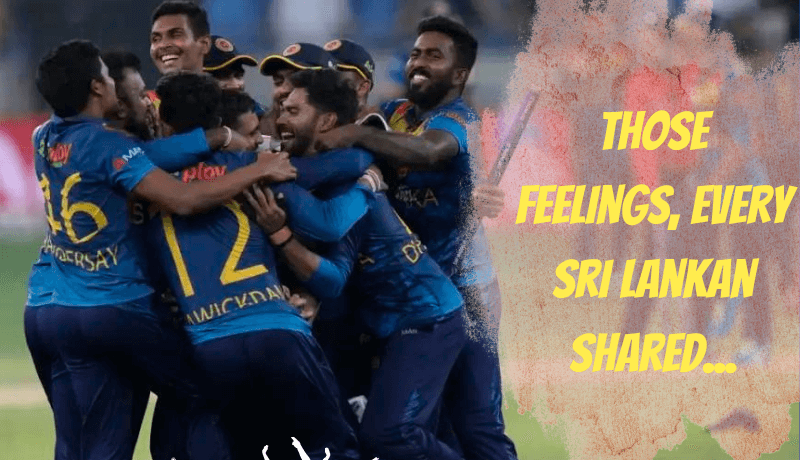 අපේ කොල්ලෝ no matter what the game was, they were maintaining their qualities towards Pakistan. For instance, Chamika Kanurathne cooperated very friendly with Mohammed Rizwan after a small argument during the final match by keeping values and humanity throughout the whole match. And as always චාමිකගේ salute එක හැම ගත්තු wicket එකේම වගේ තිබුනා.

When the match was getting towards Pakistan, our young player Pramod Madushan took the 3rd wicket at the right time when it was needed for the game. Dasun Shanaka had confidence in this young player's skill which took 4 wickets from Pakistan in the final match. The mindset of Sri Lankan players made the way to the victory by amazing all the cricket spectators in the last ball by taking the last wicket.

Finally, despite the country's situation economically and politically our Sri Lankan Cricket team was able to bring happiness to our homes brightening up the whole country. In recent months, the capital of Sri Lanka has seen record-breaking crowds as rage over the country's economic crisis. On Tuesday, crowds returned to Colombo, but this time they were celebrating their victories rather than protesting against corruption. The victorious teams waved from open-top buses as they were surrounded by enthusiastic fans during the parade that began from Colombo International Airport on Tuesday just after dawn. Almost no one has imagined that result from a tournament that was itself shifted to the United Arab Emirates from Sri Lanka due to the nation's political and economic issues. 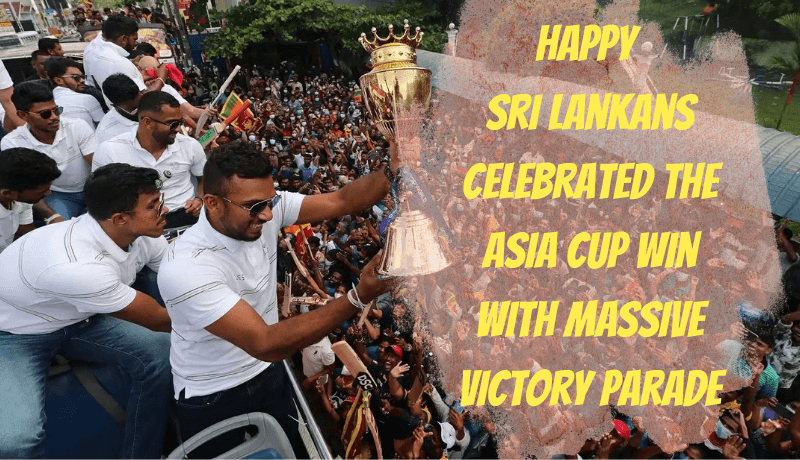 However we congratulate our lions for the perfect game, for these sports victories really were a ray of light on gloomy days for all our Sri Lankans. From losing the chance to host the Asia Cup due to economic crisis to losing the first match against Afghanistan, Sri Lanka were far away from being the favourites, but they did a sensational turn-around to win their 6th Asia Cup title by beating Pakistan in the finals. 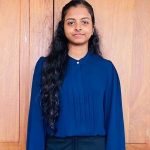 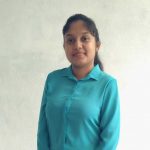